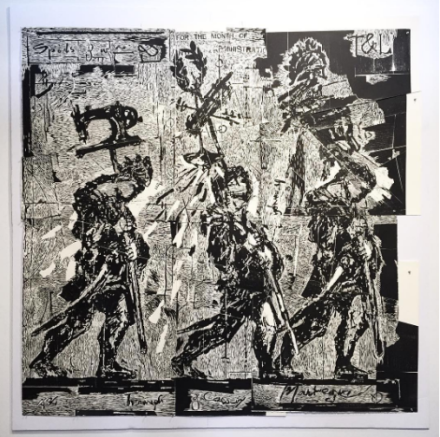 1:54 Contemporary African Art Fair opened its second edition at Pioneer Works in the Brooklyn neighborhood of Red Hook this weekend, presenting over 60 artists from 27 countries to cement its reputation as the premier platform for the representation of the multiplicity and diversity of contemporary African art.  Referencing the  fifty-four countries that constitute the African continent, 1:54 is a vital addition to the selection of fairs across the city during Frieze Week, presenting myriad perspectives on the contemporary African art context through a ambitious, yet focused lens. 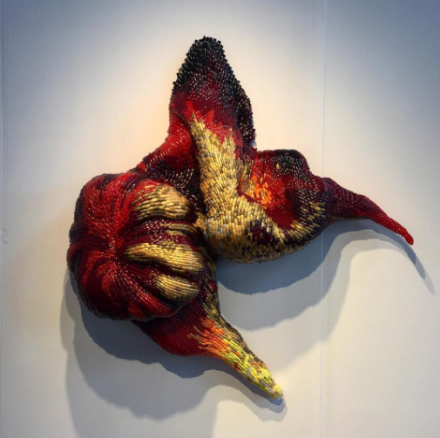 This year, 1:54 has emerged with an increased momentum and visibility.  The issues of African and Diasporic history, globalization, and commercialization, has positioned the fair as both a unique voice through which a close inspection and appreciation of the art on view, and its broader social contexts, becomes necessary.  This could be seen from the moment visitors entered the Pioneer Works space, confronted with Performa Project Space’s project by artist and curator Dave McKenzie who performs his text-based work This ship would set sail, even anchored as it was. Conducted at intervals throughout the fair, McKenzie uses screen printing techniques to explore its impact on his multi-disciplinary, physical performances. 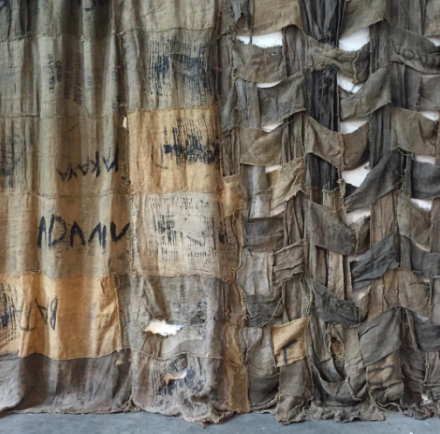 Apalazzo Gallery presented a series of photographs by Edson Chagas. At once hypnotizing and unsettling, Chagas’ photographs of people dressed in modern clothing, yet with their heads covered in traditional african masks or plastic bags, critique consumerism in modern society.  Zohra Opoku’s self-portraits, on view at Mariane Ibrahim Gallery, are printed on textiles and hung from the ceiling, examining he socio-cultural dynamics in relation to individual and African historical identities. 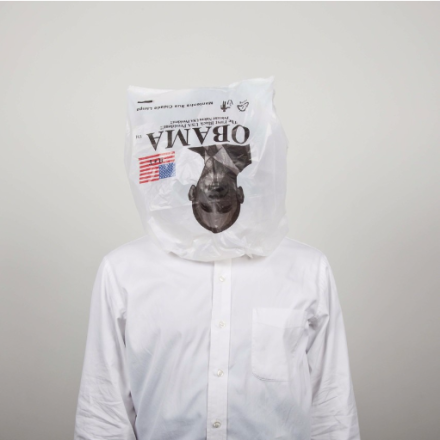 One thing is clear, the multifarious backgrounds and influences presented in the works at this year’s fair embrace the importance of the cultural exchange taking place throughout Africa’s internal network of project spaces, galleries and artists. Furthermore, its also highlights the interest of contemporary African artists in connections to their home continent while simultaneously broadening the scope of their artistic reach. Art travels easily across borders, meaning many artists can live and work where they are most inspired while still maintaining an international presence. 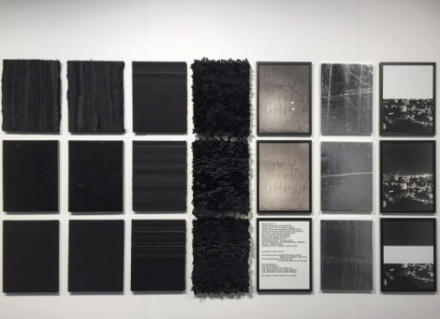 Maïmouna Guerresi lives and works predominantly in Senegal, and her lambda print Aisha, showing a woman dressed in cloth mimicking architectural forms, extended beyond the physical boundaries of the picture plane. Her work focuses heavily on the empowerment of women in Africa and aspects of shared humanity.  Elsewhere, David Krut Projects, based in Johannesburg with a project space in New York, has collaborated with South African artist William Kentridge, who was also showing at Frieze New York. Kentridge’s 2 by 2 meter woodcut Mantegna, extrapolated a scene of three figures from Andrea Mantegna, a Renaissance painter. 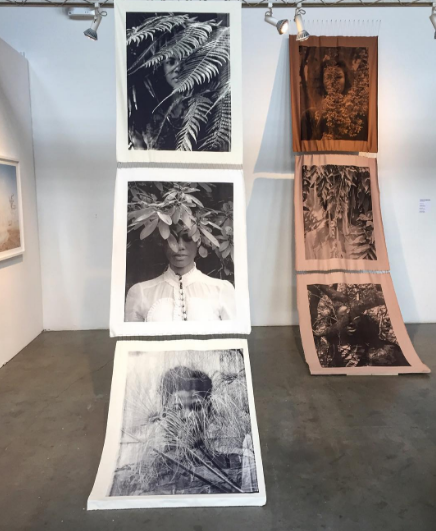 Adenine Olagunju, exhibiting with Tafeta, was born in Nigeria and studied in both the United Kingdom and the United States. In his work, Kwese, Olagunju has split a traditional Kongo sculptural figure in half, in order to explore the internal geometric shapes and colors. Her introspective reflection highlighted human behaviors, while questioning how colors and shapes become part of our shared culture. 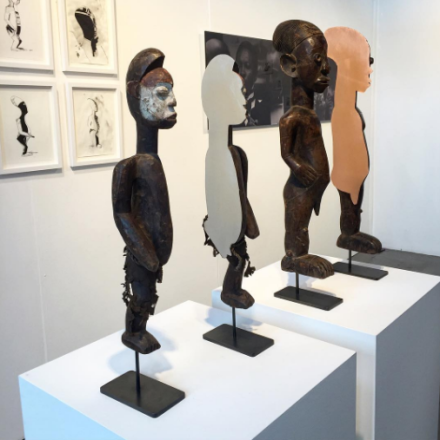 Africa is a vast continent of nuanced, multifaceted landscapes, both cultural and historical.  While vibrant art communities are burgeoning in parts of the African continent, there are still issues expanding their reach. There is no question that African art’s polarity is intensifying, especially in major international city hubs such as New York, yet it is equally clear that 1:54 is providing a vital platform for galleries to showcase their artists on an international stage.

The fair closed on May 8th. 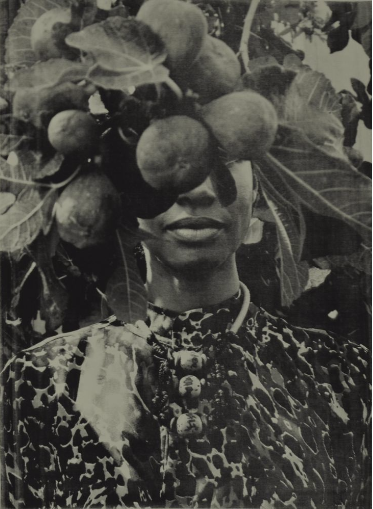 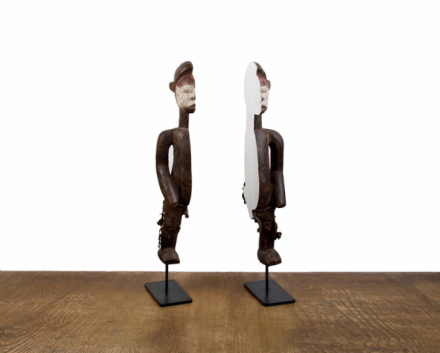 This entry was posted on Sunday, May 8th, 2016 at 11:36 pm and is filed under Art News, Featured Post, Show. You can follow any responses to this entry through the RSS 2.0 feed. You can leave a response, or trackback from your own site.