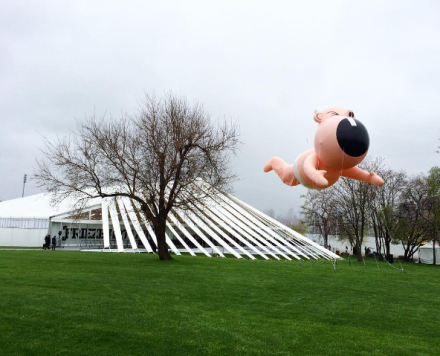 Frieze New York opened its doors to a misty Wednesday morning on Randall’s Island yesterday, yet the damp weather did little to dull the early rush of VIP’s attendees to the annual art fair, as strong attendance was evident throughout the lanes. 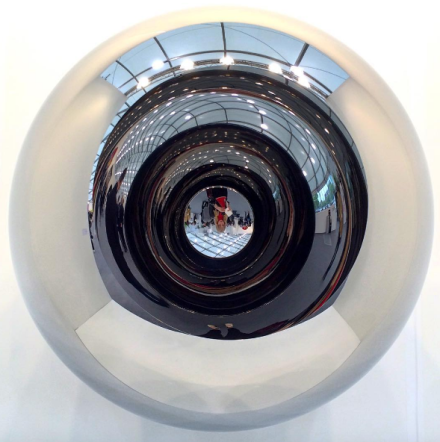 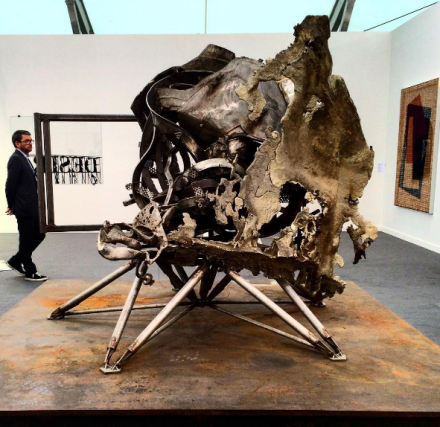 Returning its signature. striped tent design to the lush lawn on the banks of the East River, the fair wasted no time in continuing its lively take on fair week.  A massive, crying wailing baby could be seen from the ferry as visitors drew close to the grounds, an Alex Da Corte piece for Frieze Projects that subverted the often staid reputation of the selling fair.  Inside, another project by Anthea Hamilton recreated architect Mario Bellini’s Kar-A-Sutra project, filling an abstracted automobile sculpture with mimes, who interacted with viewers.  Yet for sheer absurdity, none could top Maurizio Cattelan’s iteration of his work Enter At Your Own Risk, Do Not Touch, Do Not Feed, No Smoking, No Photographs, No Dogs, Thank You.  The much-awaited return of Cattelan’s work featuring a live donkey was a major draw for visitors in the early hours of the fair. 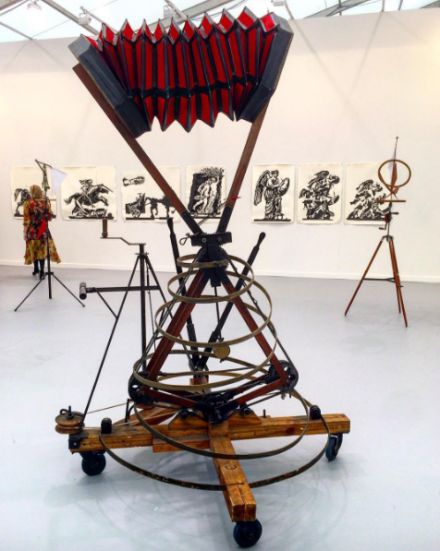 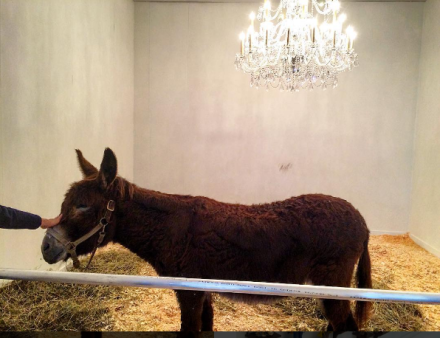 Maurizio Cattelan, Enter At Your Own Risk, Do Not Touch, Do Not Feed, No Smoking, No Photographs, No Dogs, Thank You (1994), via Art Observed

Yet for all the fair’s playful spectacles, the show’s selection of art was the main event.  Hauser and Wirth’s impressive selection of Paul McCarthy and Philip Guston works made for a fascinating booth, alternating between each artist’s respective takes on cartoonish abstraction and pop culture, countered by the meditative sculptures of Roni Horn.  Elsewhere, Gavin Brown presented a striking combination of paintings by Rob Pruitt and a series of surreal, peculiar puppets by Jos de Gruyter and Harald Thys.  Katherine Bernhardt was also on hand at Xavier Hufkens, presenting her own brand of illustration-inflected canvases, while Skarstedt had taken a more traditional path through figuration, showing works by Alex Katz.

At Société, the gallery had stocked its booth quite amply with artist Sean Raspet’s specially engineered nutritional beverage Soylent, alongside his own specially developed prototypes, turned towards the subjective with the artist’s manipulation of the nutritional formula in a performative commentary on commoditization.  At Galerie Gisela Capitain, the split booth between Martin Kippenberger and Gillian Carnegie earned the Frieze Stand Prize, shared with Instituto de Visión.  Also striking was a booth of works by François Morellet, presented Hervé Bize Galerie, and utilizing a striking selection of colors and patterns in conjunction with the artist’s wall-mounted and hanging works to create a surreal and unsteady environment.

Open through the end of the weekend, one can expect much more from the fair in the coming days.  Frieze New York opens to the public today. 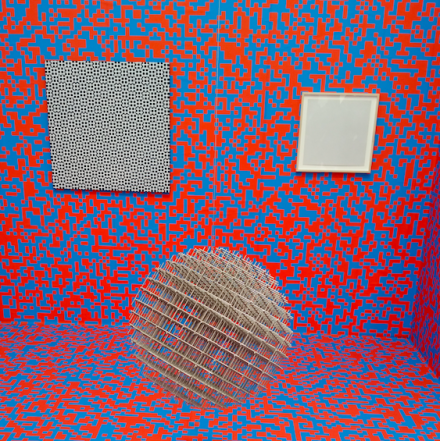 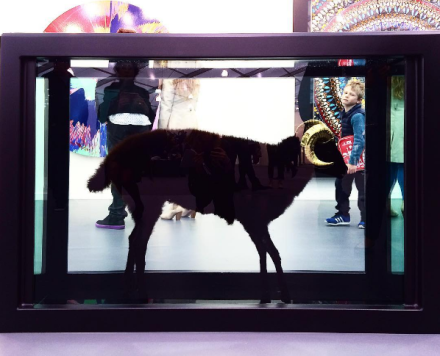 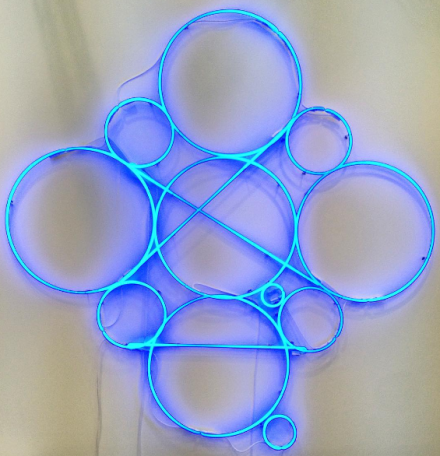 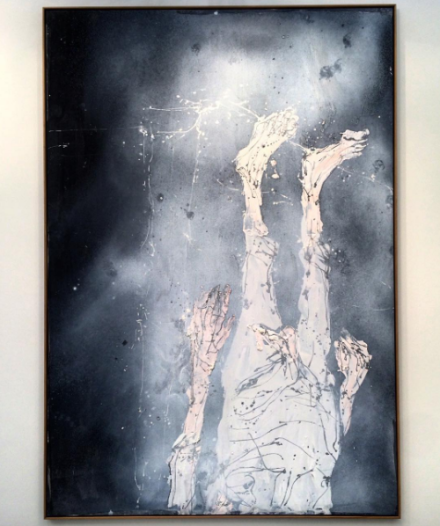 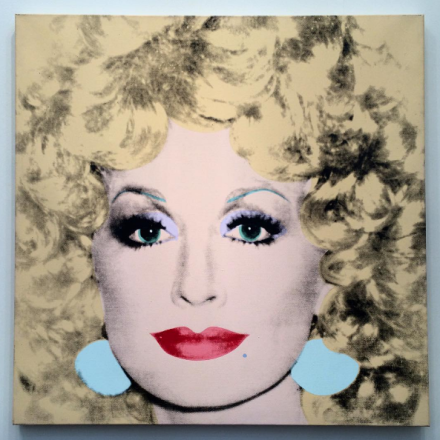 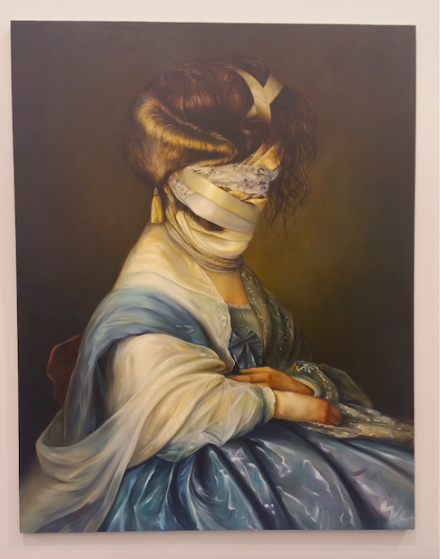 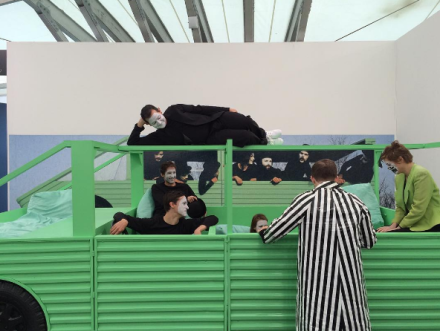 This entry was posted on Thursday, May 5th, 2016 at 10:15 am and is filed under AO On Site, Art News, Featured Post. You can follow any responses to this entry through the RSS 2.0 feed. You can leave a response, or trackback from your own site.