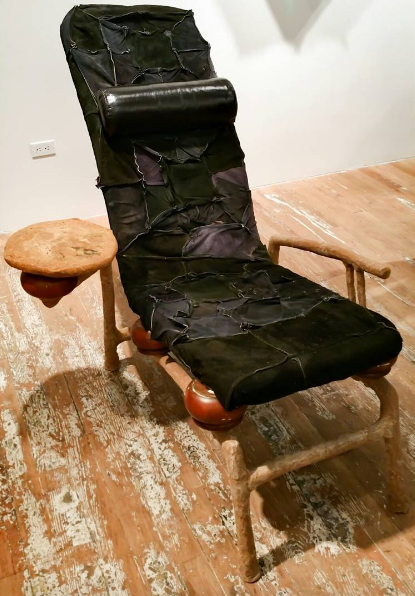 Artist Jessi Reaves takes Bridget Donahue Gallery into the summer months with her show of new work, transposing the styles and forms of high design into the framework of fine art, and examining the interplay of languages that results.  Having opened in early April, the exhibition, comprised of vividly executed furniture, shelving and cabinets, “suitable for use,” as the press release states, sees Reaves pushing her chosen forms towards new territories, substituting hard angles and flat planes for loping, curving lines, or inverting the often concealed material elements of each form. 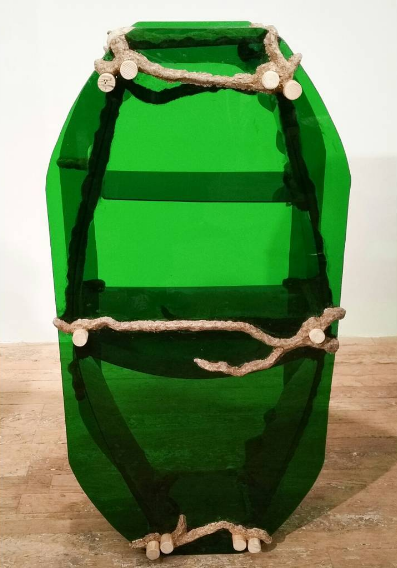 Considering the inclinations of design towards the cutting edge of semantic breakdown, Reaves repositions her art as a game of anticipation, or perhaps of elimination, pushing the aesthetic dimensions of her subject far beyond that of the functional.  Much like the distinctions between design or art, Reaves’s furniture itself seems on the brink of collapse.  Her foam couch, for instance, looks as if it may cave in should any weight be placed upon it, and the tenuous balance of her lighting fixtures hint at a sudden toppling should any slight disturbance disrupt its precarious arrangement. 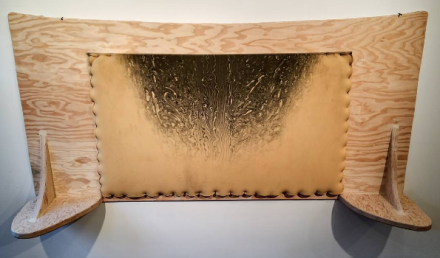 Jessi Reaves, Anyone Knows How It Happened (Headboard for One) (2016), via Art Observed

For Reaves, the displacement of use values serves as both the conceptual crux of her practice, as much as it facilitates the particular formal choices she has made here.  Her pieces are both based on, and rewarded by, their forestalling of easy utilization, and, drawing on the established context of works here, also allow her to push even the format ever further into a semiotic disintegration.  Her shelf works, for instance, draw on the established languages of shelving both through its own titling, and an apparent formal model that repeats itself throughout the show.  Yet its jagged lines and lack of flat platforms ultimately disrupt its easy conception as a utilitarian object. 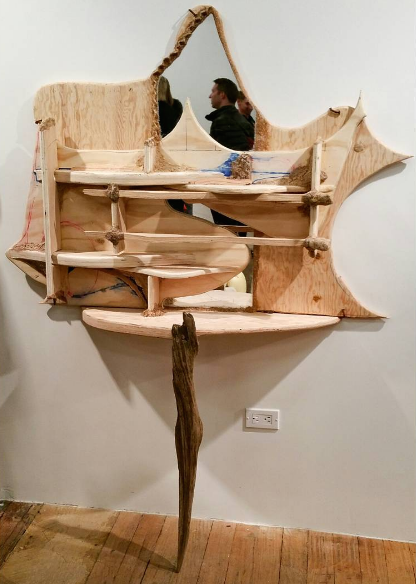 Equally cunning in this exchange is Reaves’s play on previous trends and hallmarks of design history.  Her own bootleg subversions of Isamu Noguchi turns the artist’s subtle, gliding lines towards a ironic deconstruction, building the same forms from spare auto parts and sawdust.  In place of authorial and material integrity, Reaves interjects her own interpretive and critical hand, placing both subject and object into an exchange with both reclaimed materials and historically resonant techniques. 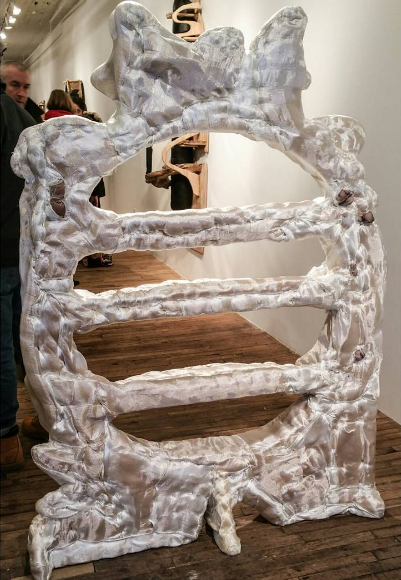 This paradoxical relationship is relentlessly repeated throughout the exhibition, to fine effect, applying an almost violent upheaval of the tenets of design in pursuit of a work that maintains minimal aspects of functional design, while pushing the formal aspects towards the breaking point.  Considering the recent exhibition of Calvin Marcus’s homemade textiles, and a number of other, similarly utilitarian twists on the art object, a distinct reexamination of art’s embedded role and relations to life beyond the gallery or showroom seems to be appearing again in the studios of young artists, albeit one that here turns away from the pursuit of a new, elevated language, to a more materially-centered, craft-based hand.

Reaves’s work is on view through June 5th. 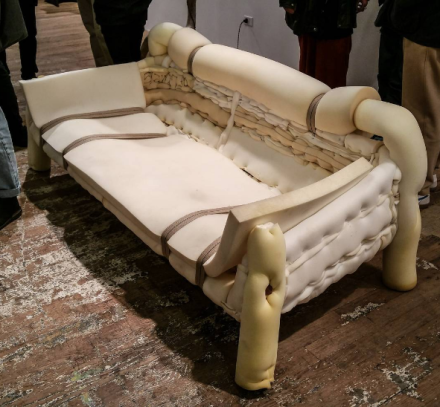 This entry was posted on Saturday, May 14th, 2016 at 2:59 pm and is filed under Art News, Featured Post, Show. You can follow any responses to this entry through the RSS 2.0 feed. You can leave a response, or trackback from your own site.