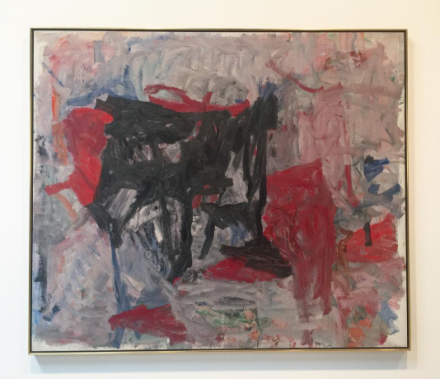 In one of the season’s more historically resonant offerings, Hauser and Wirth has opened its 18th Street Gallery to a rare exhibition of Philip Guston’s 1950’s abstractions, collected as a presentation of his impressive output as a member of the New York School. Exploring the artist’s varied investigations of the canvas and mark in tandem, the show presents Guston’s work as a fascinating historical progression towards his more honed, expressive figuration of the late 1960’s and onward. 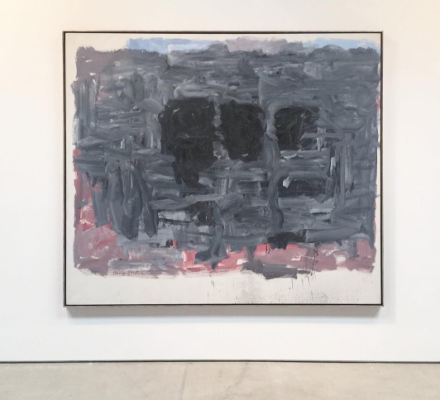 One can trace a near glacial evolution of the artist’s signature style throughout the show, as his pieces move from exercises in primary colors onwards to the development of his immediately recognizable palette of pinks, grays and blacks. Blocks of color negotiate with each other, and often alternate in prominence, challenging easy distinctions of ground. In some, Guston even seems to flirt with the human form, turning blocks of color into vaguely reminiscent renderings of a face, or playing with the expressive capacity of grouped splatters of black paint, as if to explore the inclinations towards personification or representation that guided his later work. 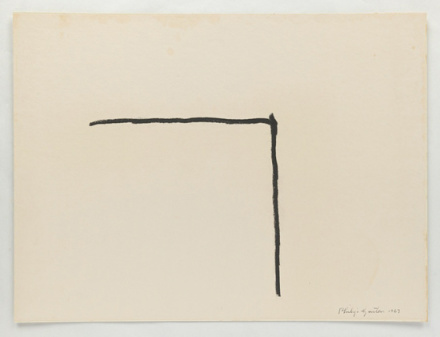 Yet while this focus could serve as a full exhibition in itself, the gallery makes an express point to emphasize Guston’s own gestural innovations in conjunction with his paint selections and mixing. One wall of the gallery is devoted to a series of cartoonish, minimalist charcoal drawings on paper, which present the artist’s continued investigation of the expressive capacities of the line. These works, grouped together, offer a fitting counterpoint to his often slurred techniques on view elsewhere in the space; economical uses of his material to render simple relations of negative space and charcoal mark, usually in service of a simple geometric form. Guston’s pieces here recall the writings of Kandinsky in Point and Line to Plane, examining how the line can be used with great effect for abstract expression. Guston’s attempts, however, sacrifice precision for a meandering expressivity, a more-rough-edged approach that seems to welcome more comical associations and inquiries into the painted surface. 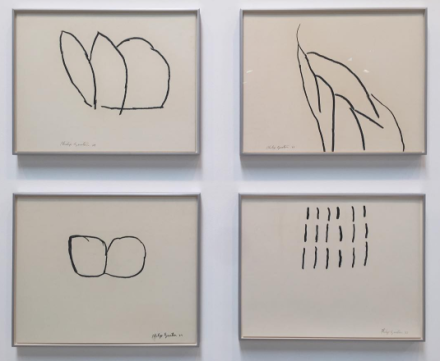 Alternating between these two groups of work, one finds ever stronger perspectives on Guston’s painterly evolution. His mark-making, boiled down through his charcoal drawings, reappear in his larger canvases as jagged brushstrokes and wiggling trails of paint. Considering these two points, one can see Guston’s movement towards the more concrete figuration that he would pioneer later in the decade, as he explores the expressive capacities of each of his works’ respective elements.

The exhibition is on view through July 29th. 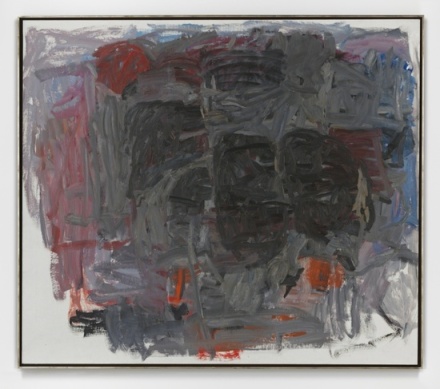 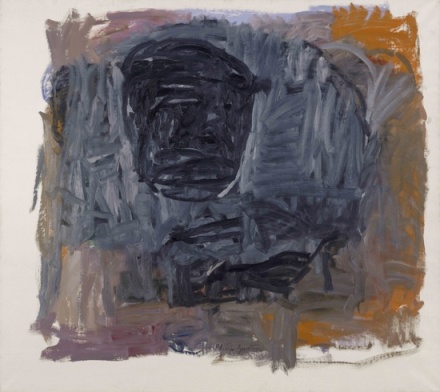 This entry was posted on Monday, May 23rd, 2016 at 12:00 am and is filed under Art News, Featured Post, Show. You can follow any responses to this entry through the RSS 2.0 feed. You can leave a response, or trackback from your own site.