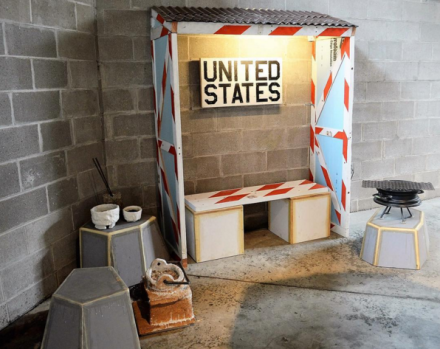 For the first time in the museum’s history, an artist other than Isamu Noguchi will present work for the Noguchi Museum, as Tom Sachs brings his Tea Ceremony installation to the museum for its 30th Anniversary.  Sachs, who previously worked on other sprawling, conceptually-unified installation projects like Space Program 2.0: MARS, and Hello Kitty Nativity, here turns his interests towards chanoyu, the traditional Japanese tea ceremony.  Complete with a tea house, tools, and a garden, the exhibit features all the pieces necessary for the ceremony, each time realized through Sachs’s unique formal perspective.  Among the items incorporated within the installation include a bronze bonsai tree made by wielding together over 3,600 individual parts, a full koi pond complete with living orange and gray fish, wooden and metal gates, a full tea house, and many other structures made of everyday objects. 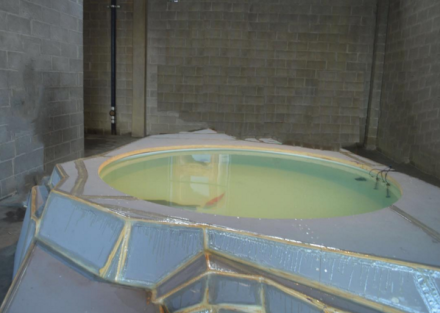 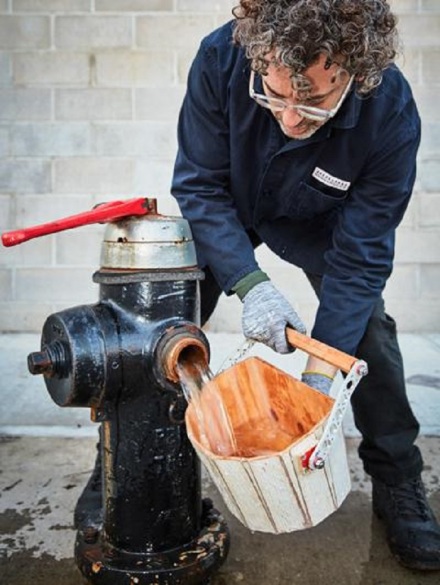 The exhibit works in sync with Noguchi’s stone sculptures, providing a fitting setting of a Japanese tea ceremony in both the indoor/outdoor galleries.  Tea Ceremony was inspired by Sachs’ work on Space Program 2.0, and often features objects connecting the two.  There is a full astronaut suit carrying the space theme forward, as does a piece using plywood, steel, hardware and a basketball to create a TIE Fighter space vehicle from the Star Wars franchise.  Another Star Wars reference shows up later in the exhibit with a Yoda Pez dispenser, and again in Kama, a bronze brazier, which, in addition to Sawhaus and BBQ, are Sachs’ variations on the traditional methods of making and heating charcoal.  The brazier features Yoda’s head replacing the traditional Chinese-form chrysanthemum blossom on a jack-o-lantern. 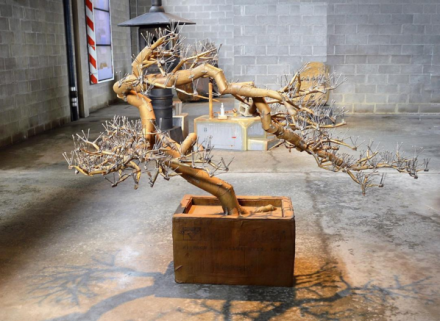 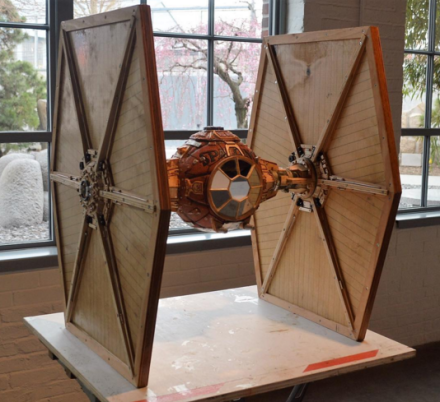 In addition to combining his previous works from the ambitious space program, the exhibit also features works from other installations, including the controversial Barbie Slave Ship, Nuggets, Boombox Retrospective, and more.  Some of those items, particularly Untitled (“I loved my sister’s Barbie so very much. My parents, afraid that I’d turn out gay, encouraged carpentry. In secrecy I made my own. It wasn’t love, only lust), from Nuggets, also ties together themes from various series, showing Sach’s willingness for cross-pollination and cultural reflections to inform his handmade constructions. 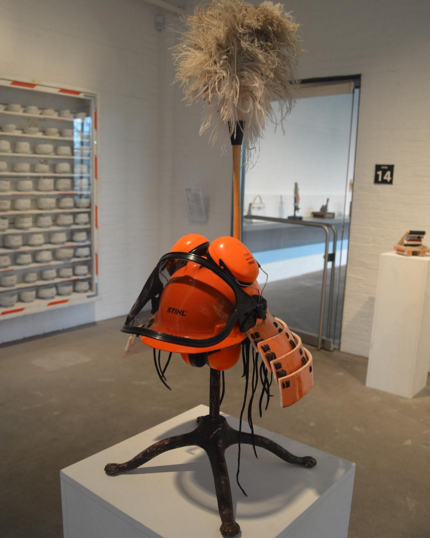 With support from the Yerba Buena Center for the Arts, and the Nasher Sculpture Center, the Noguchi Museum has published a text, Tea Ceremony Manual, to accompany the exhibit. The 280-page book depicts Sachs’ own cultural interpretation and practice of tea-making and connoisseurship, and is available in May.  After the Noguchi Museum, Tea Ceremony moves to the Yerba Buena Center for the Arts under the title of Space Program 3.0:  Europa’ which will feature more of Sachs’ pieces from Space Program.   Tea Ceremony closes at the Noguchi on July 24th. 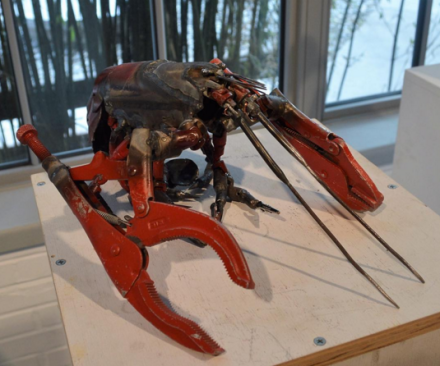 This entry was posted on Monday, May 16th, 2016 at 12:00 am and is filed under Art News, Featured Post, Show. You can follow any responses to this entry through the RSS 2.0 feed. You can leave a response, or trackback from your own site.