There are few prominent female artists that are as highly revered as Louise Élisabeth Vigée Le Brun was in 18th Century France. Falling in love with painting through her father, Louis Vigée, Le Brun went on to work for the aristocracy in Paris during the French Revolution.  After painting more than thirty portraits of Marie Antoinette and her family, Le Brun was forced to flee the country over her association with the queen, ultimately working in Italy, Austria, and Russia. Once she settled in Italy, she was elected into the artist group Accademia di San Luca, and moved on to painting portraits of Catherine the Great’s family as well as Stanislaw August Poniatowski, Poland’s last king.

In celebration of her work, The Met is hosting an ambitious exhibition that reflects not only Le Brun’s monumental impact on painting, but equally her impressive stature as a female artist in a vastly male-dominated field during the era.  The show, held in the museum’s Special Exhibitions Gallery, 199, features 80 works from the artist’s catalog, marks her first major retrospective, and only the second exhibition on the artist’s work in the modern era.

A large portion of the works come from the collection Musée National des Châteaux de Versailles et de Trianon, which holds a sizable portion of Le Brun’s work, as well as a life-size portrait of Marie Antoinette that has left Versailles for the first time in history.  Other works are on loan from Vienna’s Kunsthistorisches Museum, the Musée de Louvre, the collection of Queen Elizabeth II, and descendants of the sitters in the portraits.

The works on view range from impressive, large-scale portraits to more resigned works and even the occasional self-portrait, each time showing the artist’s expressive style and tightly composed hand in relation to her broad selection of subjects.  Throughout, one can trace the artist’s exchanges with some of the world’s most important leaders, each of whom sought the artist out for her own glowing light and careful techniques.  Color and line converge to trace the visages and values of each of these royal figures, images that have since become iconic as records of the era, especially in consideration that almost no other female artist had ever risen to such stature.

The exhibition, Vigée Le Brun: Woman Artist in Revolutionary France, was on view at the Grand Palais in Paris until January 11, when it was moved to the Met. After the Met’s viewing, the exhibition will be shown at the National Gallery of Canada in Ottawa from June 10 until September 11. 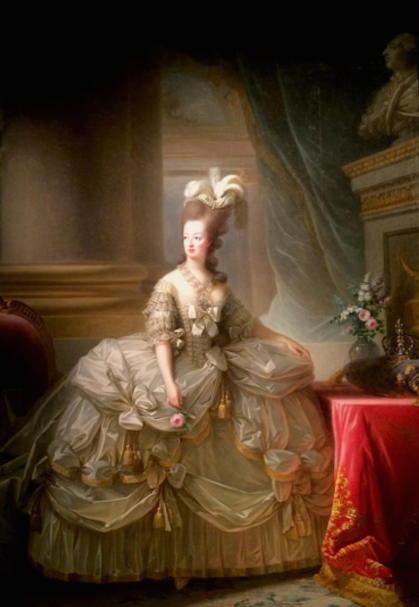 This entry was posted on Sunday, May 1st, 2016 at 8:17 am and is filed under Art News, Featured Post, Show. You can follow any responses to this entry through the RSS 2.0 feed. You can leave a response, or trackback from your own site.