New York – Anish Kapoor: “Today You Will Be in Paradise” at Gladstone Gallery Through June 11th, 2016 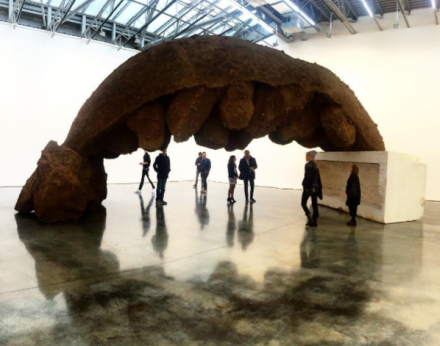 Currently at Gladstone Gallery’s Chelsea locations, artist Anish Kapoor has brought a selection of recent works for Today You Will Be in Paradise, an exhibition that showcases the artist’s particular application of sculptural language towards revealing inquiries of perception, memory, and the body itself.  Exercising his practice across a broad framework of wall-mounted and free-standing arrangements of visceral, often hyper-realistic pieces, Kapoor’s pieces turn extremely personal moments into opportunities to explore broad human themes. 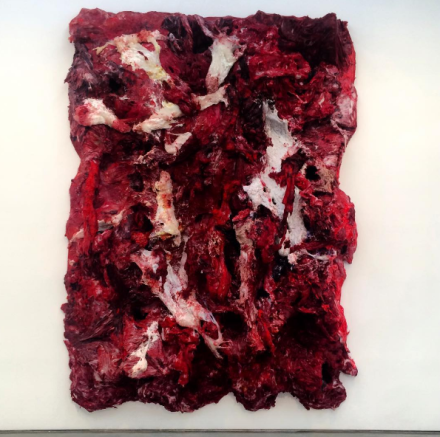 The show is comprised of two selections from the artist’s recent practice, chief among them his assemblages of silicone and wax, modeled to resemble arrangements of human muscle, organs and tissue, which often trigger intense associations in viewers.  The pieces are distinctly evocative of the human form, or perhaps more broadly, that of the animal.  Viewing the pieces, one feels a stark sense of violence, as if the human form had been cross-sectioned, and pulled up towards the light of the gallery.  Bodily violation is a distinct theme, yet the pieces seem countered by an almost scientific sense of observation, as if pulled directly from a medical handbook. 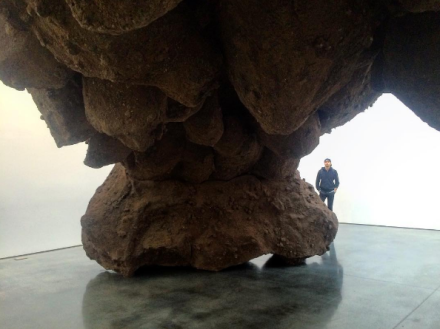 Kapoor’s work is growing increasingly daring in recent years, not merely in terms of its architectural aspirations and scale, but equally so in terms of its incorporation and utilization of bodily affect.  While previous works have dwelled on the forms and structure of the human body, and its application as a compositional element in its own right, Today… sees Kapoor turning his monumental sculptures ever closer to bodies in their own right.  She Wolf, for instance, applies the sinuous, twisting form of the mother wolf into a sculpture whose invitation to participate in its spatial politics recalls Kapoor’s more clean application of space in his iconic piece Cloud Gate in Chicago.  Yet here, the work’s insistence on the thematic elements of nourishment and fertility charge Kapoor’s pieces with a new sense of self-awareness.  Viewers are presented not with a direct image of themselves, peering through the “void” described in his previous writings, but a model of their own sustenance and proliferation as a species.  Abstracted through its grand scale and curving, rough-hewn arc, the piece’s internal reference points are afforded ample space to participate in both personal reflection and universal themes. 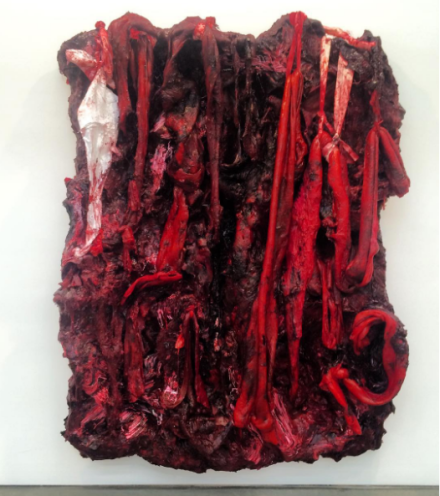 The bodily form, taken here as Kapoor’s main element of creation and replication, has long served as a model or container for the artist’s own aesthetic and political motivations. Here, Kapoor strips these associations down to their most atomic moments, posing both physical proximity or framing to welcome specific perspectives and responses from his audience, a move that grafts his long-running interests directly onto the human form.

Kapoor’s work is on view through June 11th. 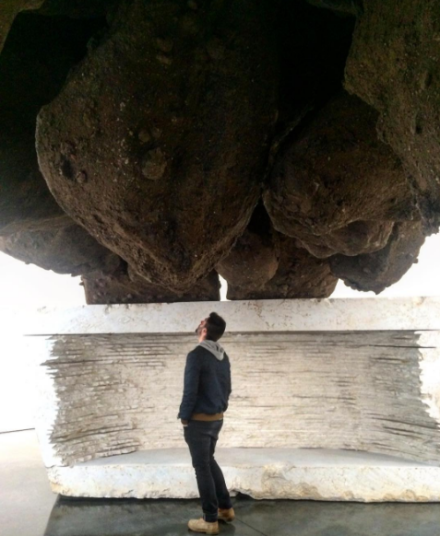 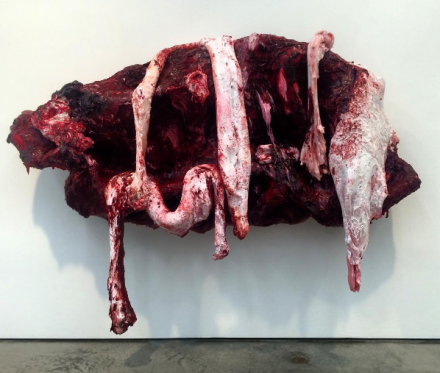 This entry was posted on Wednesday, June 1st, 2016 at 1:24 pm and is filed under Art News, Featured Post, Show. You can follow any responses to this entry through the RSS 2.0 feed. You can leave a response, or trackback from your own site.