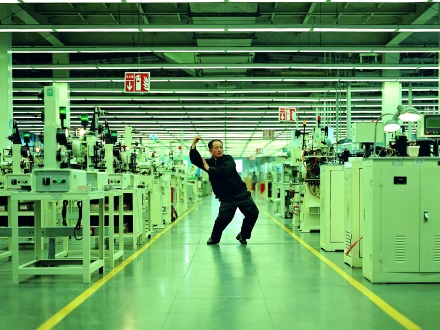 Currently on view at MoMA PS1, Cao Fei presents her first ever solo museum exhibition in the United States.  The artist’s practice, while rooted in video, performance and photography, takes on a sort of ever-shifting, fluid mode of inquiry into the modes of reality and fantasy in the 21st Century, underscoring human desire’s inextricable links with its economic and material bounds.  Presented here, the show’s slowly unfolding range of interests, from bizarre diorama work to her several year engagement with Second Life, to a series of intuitive and empathetic portraits of modern subcultures, traces the Chinese artist’s ability to navigate multiple modes of understanding and existence in the face of an increasingly mechanized modernity. 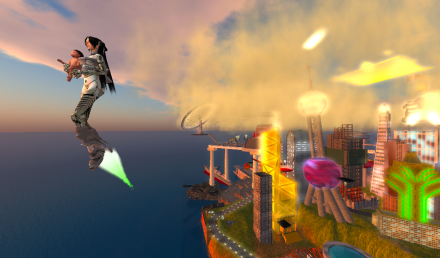 Cao Fei’s work often dwells on bodies broken and reassembled by the nation’s burgeoning modern industry, a space where dreams are equally abstracted from the subject’s own material existence, and grafted back onto their surroundings in a real execution. The result is a sense of loneliness and critique that manages to keep human emotions and aspirations in full view, even as the mechanisms of modern life in China remains prominent. In one series of photos, she borrows from advertising photography with models trapped inside shopping bags or preparing ramen in strangely hued bathtubs. Bodies and their chosen commodities fuse together, yet never fully break with their original moorings, creating an explicitly unnerving image. 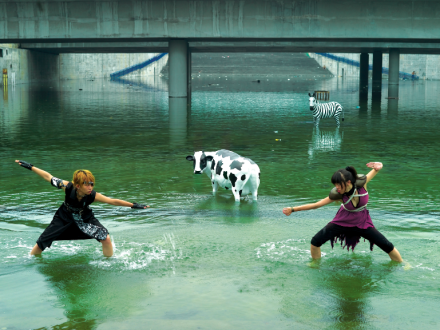 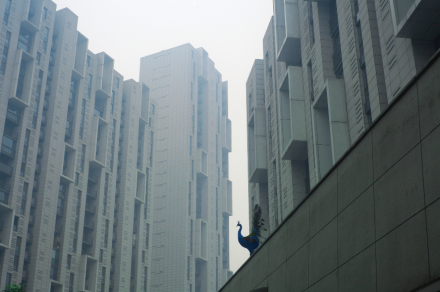 This sense of image structure and iconography walks a fine line between loose surrealism and pop culture, particularly in her works that borrow cinematic techniques from a range of directors and styles that push a dialogue between high cinema, mainstream media culture, and the art context they are presented within. Early works, like Imbalance 257, apply the rough handheld camera techniques of the new Asian cinema of the mid-90’s, while works like La Museum clearly play on the act of memory and time that drive much of Resnais’s canonical work. Her filmic pieces, as a result, operate in the same mode as her investigations of industry and economy, digital landscapes and constructed cultural identities. They are occupations of the medium, using this disjointed adaptation to pursue Fei’s own interests while pushing a critique of their legibility and application towards broader social contexts. 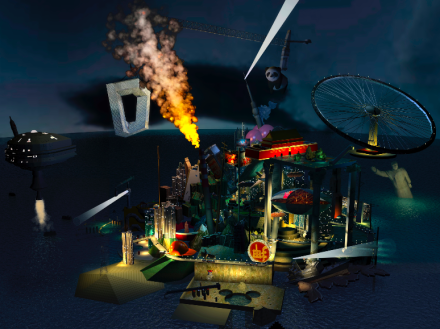 Elsewhere, Fei is less apprehensive about direct participation in the collision of image and culture in real situations. Her series of cosplay photographs see costumed players posing and lurking throughout the landscapes of modern industry, while her work in the Second Life digital platform allows any visitor to play a roll in the world she has created, even occasionally as actors in the film she created inside this digital world.  Her world, RMB City (after the Chinese currency), is a sort of dream-state version of modern China, where role-playing and fantasy flow over the surfaces of a city grafted together from models of Beijing, Shanghai, and elsewhere, often driven by everyday users of the platform.

This last note is of particular interest in a broader understanding of d artists career. It is not merely the act of documentation, or of re-contextualization that makes Cao Fei’s work so striking, but rather the agency, and the voice, she affords her collaborating participants, human actors allowed to inscribe their own voices, desires and visions of the world onto the surface of the work, much in the way we truly act in, with, and even against, the world we inhabit daily. In these intersections and encounters, often in the form of a direct dialogue with the artist herself, these players bring the work ever more vocally into the realm of humanity, and present the world around them with ever more acuity.

This entry was posted on Sunday, August 28th, 2016 at 12:30 pm and is filed under Art News, Featured Post, Show. You can follow any responses to this entry through the RSS 2.0 feed. You can leave a response, or trackback from your own site.