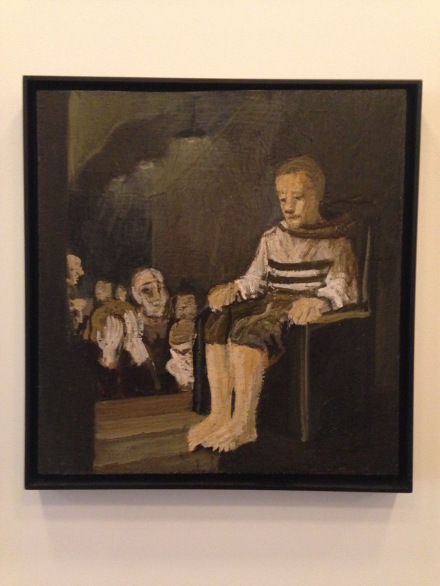 A.R. Penck, Elektrischer Stuhl (1960), all photos via Osman Can Yerebakan

Climbing up the winding staircase of Michael Werner Gallery’s Upper East Side townhouse and entering the exhibition space, one is immediately faced with Elektrischer Stuhl (Electric Chair), a painting of a man being executed before a group of mourners.  The work, by Neo-Expressionist painter A.R. Penck, perhaps best embodies the artist’s combination of abrasive political gesture with his particular sense of aesthetic operation.  Early Works, on view at the gallery through September 3rd, outlines the body of Penck’s work in Dresden in the ‘60s and early ‘70s, when the influential artist suffered under the harsh social and political climate prevailing in East Germany.  It was during this period that the artist was the subject of an embargo by the government on his works, ultimately leading him to flee his hometown for Cologne, where he received a marked degree of critical and commercial acclaim. 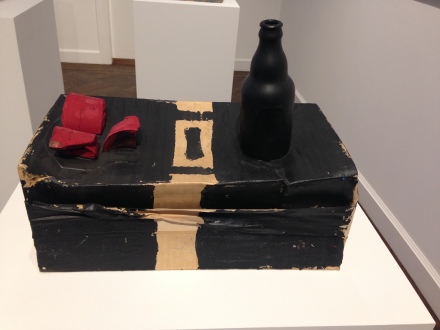 On view for the first time in New York, Penck’s body of works are imbued with his inquisitive and often political outspokenness, heavily shaped by Germany’s political turmoil after World War II.  As an ardent observer of his era, Penck, born Ralf Winkler, maintained a practice echoing the oppressive environment he worked in.  His employment of accessible, everyday materials—cardboard, glass, string or newspaper in many cases—emerged from the easy availability of these objects, while his subversion of their utilitarian and cultural connotations allowed him to deliver politically0inclined works under the guise of their mundane presence.  The rear room at the gallery is reserved for a span of these sculptural operations in a variety of forms, chronicling the artist’s turbulent artistic and personal journey. 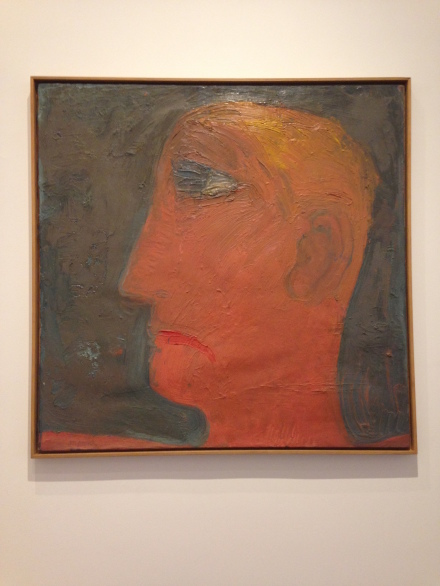 The exhibition also focuses on a group of paintings from the same era, illustrating Penck’s work on both canvas and blanket (continuing his use of readily accessible material).  The works frequently explore archaic-looking narratives, using simplistic and often primitive forms.  Stick figures and bodies drawn in a manner recalling early cave paintings and hieroglyphics, depict instinctive human gestures such as scavenging or eating, and often appear sporting accentuated phalluses.  Elsewhere, the artist explores less deliberately figurative works, using distended and warped human profiles to break apart the construction of easily read scenes or images, playing with color and space to challenge the role of the human body in art, and the politics of its depiction.

Taken in conjunction with works like Electric Chair, one can see how Penck’s work uses the body, and its surroundings, as a statement of political agency, posing the body itself as the focus and representation of power dynamics.  Whether bearing the marks of physical punishment, or being used to expose the commonalities of human experience, Penck’s work is fierce in its challenge to political violence and propaganda.

A.R. Penck: Early Works is on view at Michael Werner Gallery through September 3, 2016. 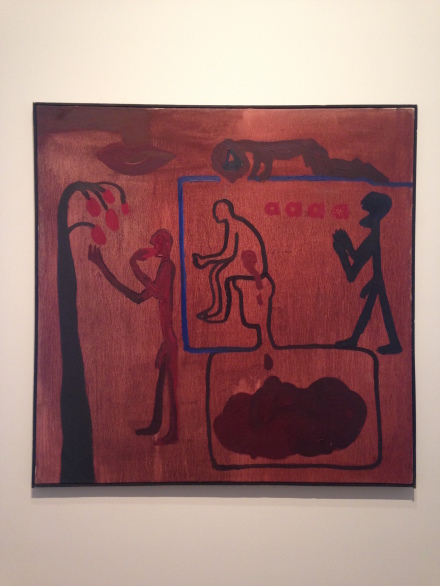 This entry was posted on Friday, September 2nd, 2016 at 12:39 pm and is filed under Art News, Featured Post, Show. You can follow any responses to this entry through the RSS 2.0 feed. You can leave a response, or trackback from your own site.