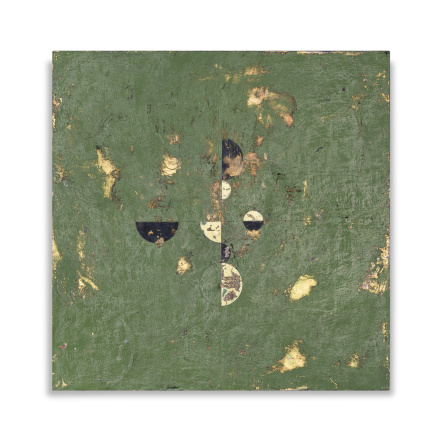 Maneuvering between various genres and mediums since he began his practice during the 1990’s, Gabriel Orozco has been returning frequently to strategies in blurring and abstracting distinctions between art and reality.  The Mexican artist’s current exhibition at the Aspen Art Museum signals his departure from recent experiments with the breadth of photography and sculpture, while charting a renewed interest in geometric abstraction, drawing particular strength from operations with the color green, a hue the artist has rarely explored since the beginning of his career.

Orozco’s acute approach to the subtleties and nuances of the human condition, and dynamics within social diagrams bears a body of work that overall echoes his artistic path: modest, cleanly delineated ideas lead the viewer through complex panoramas of social, cultural, and personal systems of meaning and interpretation.  His work draws on the environments in which he works; Paris, New York, Tokyo, and his hometown of Mexico City, and the varied modes of comprehension and representation of the ways in which people live, endure and express the world around them through modes of existence.  While each locale conveys a sense of the heterogeneous in terms of languages, religions, traditions, and social codes, the ubiquitous participation and cognition that underscores the act of existence appears throughout. 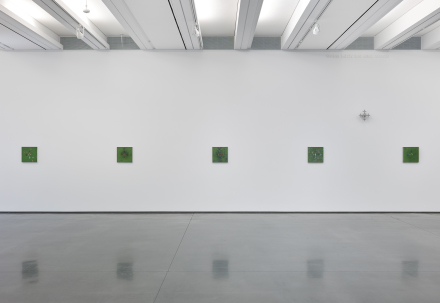 Orozco’s work during his time in Japan, for example, draws on various threads of architectural and spatial arrangement throughout this exhibition, with the artist delving back into concepts of mental and physical interactions with one’s surroundings.  The artist’s sculptural elements draw on their clean execution and abstracted forms, drawing formal references to planets, maps, or other physical bodies, while tying these structures to concepts of blurred memories or delicately re-created environments.  Thin circles in various sizes and arrangements appear throughout his installation, either integrated with smears of green-heavy paint on canvas or screen printed on glass surfaces, allowing visitors to move through various modes of image-making, tied together by precise visual motifs. 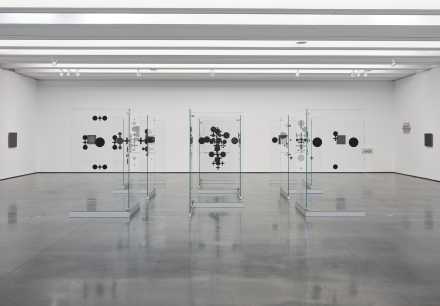 The show is particularly striking and playful when one considers the small silver sculptures casually mounted onto the walls of the space, small fixtures that both challenge the visual arrangement of Orozco’s minimal elements, while accentuating the more planar elements of the show.

Traces from Japan’s own artistic traditions remain evident, most noticeably in his employment of bits of gold leaf to embellish his otherwise methodical and symmetric creations, while his frequent incorporation of the color green reflects his return to nature, of Japan’s painterly tradition and of the universe in general, image systems that tie together a range of meditations on human existence as a singular organism or collective source of energy.

Gabriel Orozco is on view at Aspen Art Museum through December 18, 2016.

This entry was posted on Friday, November 11th, 2016 at 2:26 pm and is filed under Art News, Featured Post, Show. You can follow any responses to this entry through the RSS 2.0 feed. You can leave a response, or trackback from your own site.