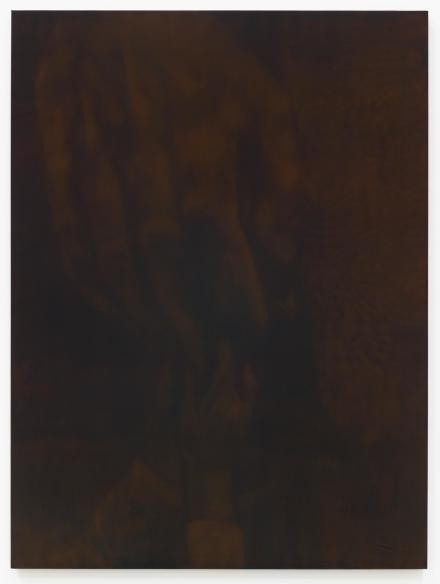 Currently on view at Petzel Gallery’s Chelsea exhibition space, Texas-based painter Troy Brauntuch has executed a new series of paintings drawing on familiar themes and techniques in the exploration and elaboration of the image itself.  Continuing an interest in the modes of image production, and the networks of meaning these images ultimately engage with, the artist’s ghostly, ephemeral images draw on their own histories, and the shadowy modes of visualization that the artist has long embraced. 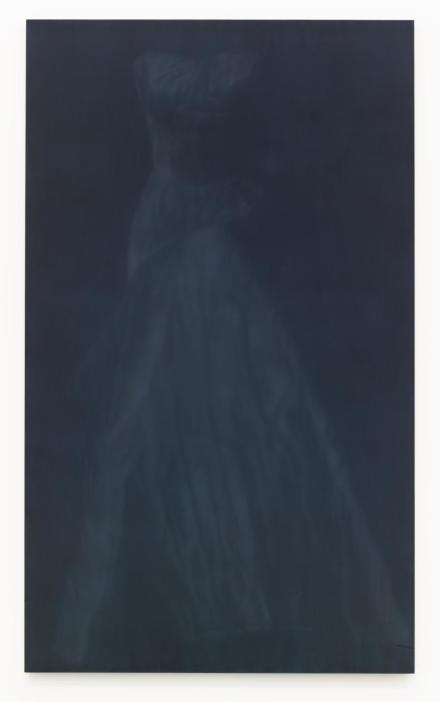 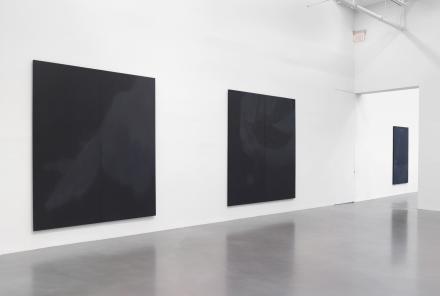 The artist’s paintings, which take their points of origin from an interest and exchange with his fellow Pictures Generation artists, have continued to branch outwards from mere reproduction of images in the past several decades, often using careful construction of the image, and a studious reproduction of the image on stretched cotton frames to render ghostly traces of photographs and other source material.  Here, Brauntuch furthers this approach through a series of varied series, often using disputed and politically fractious scenarios to extend the power and contextual conflicts of the image itself.

Brauntuch’s focus on the body, as presented here, takes its inspiration from both the understanding of the human form, and the historical moments formed around it.  The body is presented as inherently political, simultaneously a vehicle for data and a surface on which agendas, concepts and ideologies can be inscribed.  This is perhaps best seen in a series of forms drawn from photos by Nazi propagandist Heinrich Hoffmann.  Obscuring the charged context of the works, Brauntuch underscores the ability of the body to become a political vector.  Their curving forms and gentle lines, characterized by the original authors as signs of racial perfection, are here reduced to aesthetically pleasing forms, a point the Brauntuch seems to foreground how images obscure their original contexts, or how these meanings fade over time. 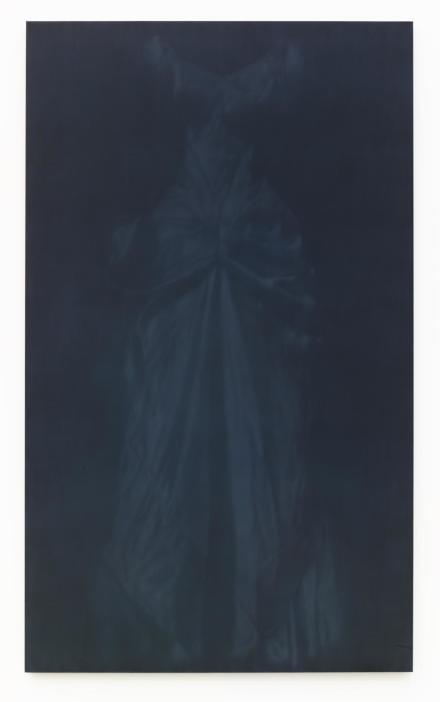 Posed against the preconceived notions and often violent machinations of the system that produces them, these images sit at a juncture where their original contexts are springboards for broader manipulations and manifestations of identity.  In one set of works, the artist has selected the notorious bloody gloves presented as evidence in the O.J. Simpson murder trial, objects which ultimately found themselves suspended not only in a network of perceptions on the nature of race and violence in America, but equally a series of explanations, justifications and idealizations that ultimately served to establish or deconstruct narratives on the case itself. 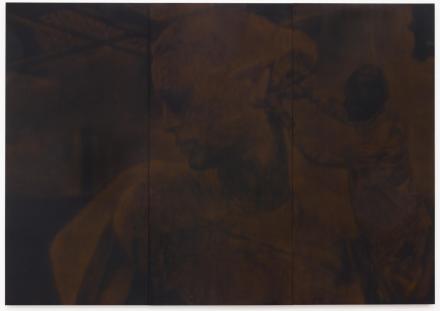 Conversely, Brauntuch also has selected a series of works by British fashion designed Charles James to show alongside these works, objects less prominently focused on questions of the political, yet no less focused on the positioning and shaping of the body in social space.  Yet, here, Brauntuch removes the body itself from the equation, substituting a ghostly outline that showcases each design’s capacity for presenting a body suspended in space, ultimately shaping how the human form is presented, understood, and commodified.  While not nearly as concerned with questions of political agency and activity as his other works on view, these pieces nevertheless challenge physical material as mere contributors to images born through the annals of history.

This entry was posted on Friday, December 16th, 2016 at 12:06 pm and is filed under Art News, Featured Post, Show. You can follow any responses to this entry through the RSS 2.0 feed. You can leave a response, or trackback from your own site.