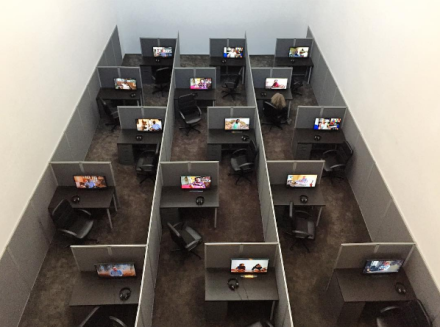 Currently on view at Lehmann Maupin’s Lower East Side exhibition space, a series of small cubicles stretch across the room, pulling the viewer through a banally labyrinthine series of pathways.  The piece, by the Algerian-French artist Kader Attia, is accompanied by a series of televisions, each playing a video of a doctor or other professional in psychological treatment, medical history or ethnography, and each discussing the range of medical and cultural frameworks currently in play in both Europe and Africa. 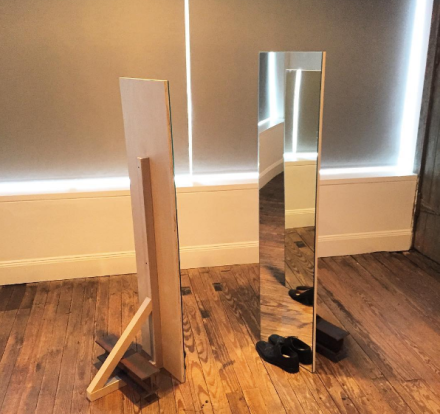 The piece, Reason’s Oxymorons, is a fitting continuation of Attia’s attentive, nuanced practice, one which blends a studied engagement with varied threads of cultural history, anthropology and psychiatric sciences.  Like much of his past work, the past intermingles with the practice of healing, each time delving into the practices and perceptions of healing from culture to culture.  The range of subjects, moving from villages in Africa to minimally appointed office complexes in Paris and back, each time explores the variations and intermingled concepts of psychological healing and the modes of practice dedicated to their diagnosis. 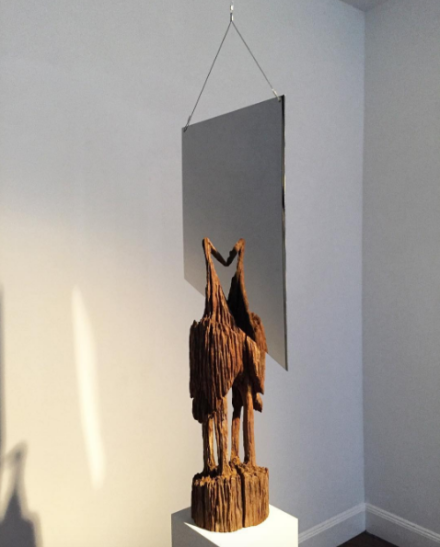 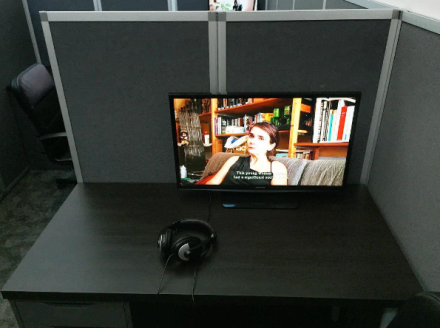 Yet this same engagement equally raises the prospect of colonialism, another broader subject frequently explored in the artist’s work.  Tracing convergences in practice and concept from one interview to the next, one can literally hear dissonances in thinking through mental traumas and disorders, or even the willingness to label various psychological events in negative or positive manners.  Taking this concept in stride, Attia suspends his videos in the sterile confines of the cubicle, a signifier of Western industrial culture that underscores the practices of subdivision and isolation that define much of Western psychiatric practices.  The contrast and political undertones are notable, underscoring a situation where a broad range of perspectives have ultimately been undergirded and organized by a less rooted, localized awareness of the patients at hand. 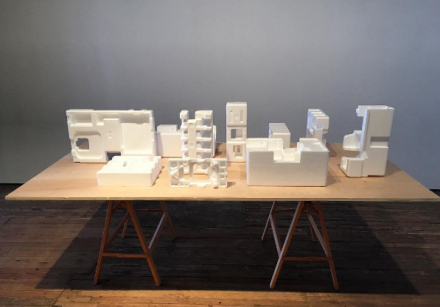 The show is accompanied by a series of sculptural works on the second floor of the space, smaller pieces that trace Attia’s practice through more concrete signifiers of the ancient past.  In one work, Hainamoration, for instance, the artist suspends a mirrored panel between the heads of a Sakalawa wooden sculpture from Madagascar, creating a subtle, visual pun on the concepts of reflection and self-awareness that equally plays cultural touchstones and modes of production against each other.  Similarly, the artist has a series of mirrors, covered with knitted fabrics, creating a gauzy reflection of light through its surface.  Rather than draw on immediate reflections of space, these fabrics and sculptures mediate the histories that produced them through the mirror’s reflective surface, bringing up their contrasts and counterpoints, both visually and historically, as a fitting comment on the disjunctive concepts of identity and history in the modern era.

This entry was posted on Monday, February 27th, 2017 at 1:24 pm and is filed under Art News, Featured Post, News. You can follow any responses to this entry through the RSS 2.0 feed. You can leave a response, or trackback from your own site.