Venice – Mark Bradford: “Tomorrow is Another Day” at the U.S. Pavilion Through November 26th, 2017 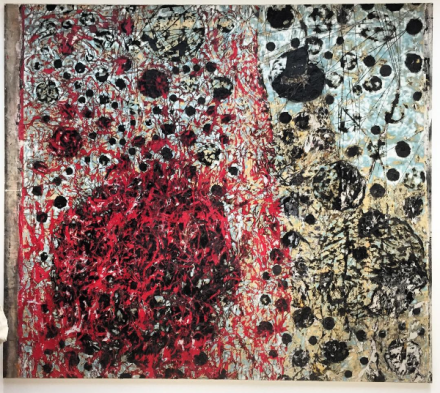 Since his announcement as the solo artist for this year’s U.S. Pavilion Venice Biennale, Mark Bradford has been working intently on a series of works for this week’s opening proceedings in the Giardini.  Yet even as he labored to complete a body of new paintings and sculpture in response to his selection as a chief representative of the United States, the troubling election of Donald Trump as president sent shockwaves through his work, and perhaps equally the framework through which it will be viewed.  Originally charted as a process of reflection and response to his past life and work, and the socially-engaged energies that the artist has long embraced, notes of American political strife, rage and uncertainty now seem to preclude the exhibition. 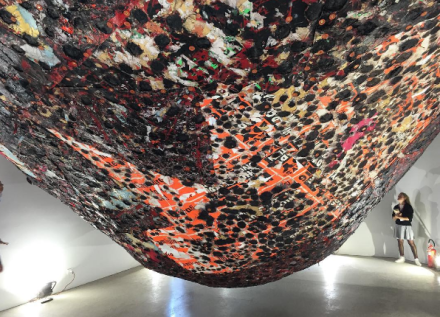 Yet the show, a concise selection of works that runs through a considerable expanse of the artist’s work, is perhaps all the stronger for it, balancing the fraught political landscape of the United States with an artist’s perspective who grew up in a working-class household in South Central L.A. and lived through the AIDS crisis as a gay black man during the 1990’s.  The exhibition, which moves quickly and decisively through the five-chambered pavilion space, wastes little time on repetition, allowing each work to speak volumes in their expression of the American experience, with or without the current political situation many seem willing to chalk this work up to. 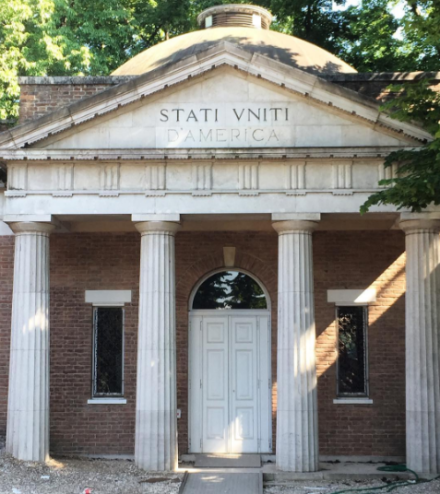 Outside the US Pavilion, via Art Observed

The early galleries are dominated by twisted materiality and collaged pieces of scrap, from the distended mass of Spoiled Foot hanging down from the ceiling in the first room to Medusa, a similarly tumorous sculpture soaked in paint.   It reaches a climax in the next room, as a similar mass of material snakes around the domed center of the pavilion, lending a sinister undertone to an architectural structure easily aligned with that of the U.S. Capitol or other neoclassical landmarks of Washington D.C. 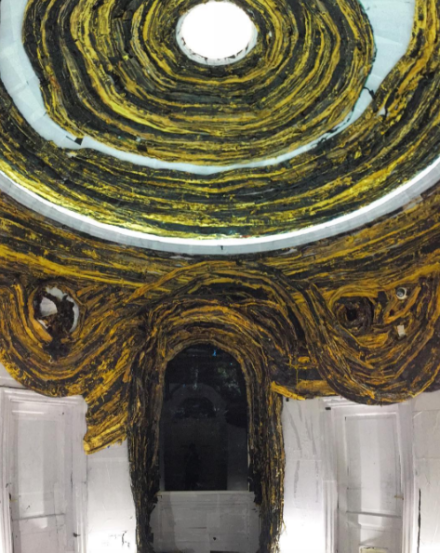 And while Bradford could continue in this nihilistic pathway, his own personal experience and practice equally manages to offer the show’s gleaming moments of hope.  In the following room, a trio of monumental paintings offer a moment of recuperation and pause.  Taking the best of his craft on canvas, which mulches together manifold layers of paper and canvas and then carves away at its surface to create intricate patterns and fluid patterns cut through each layer of paint, gestural movements across the canvas that equally cut down through the thick surface.  Unlike many of Bradford’s canvases, the text he often draws from street posters and advertisements is nowhere to be seen, leaving only his vivid gestures and movements.  It’s a slight change in the artist’s technique, but one that offers a breath of fresh air for both his own work, and the rhythm of the show itself. 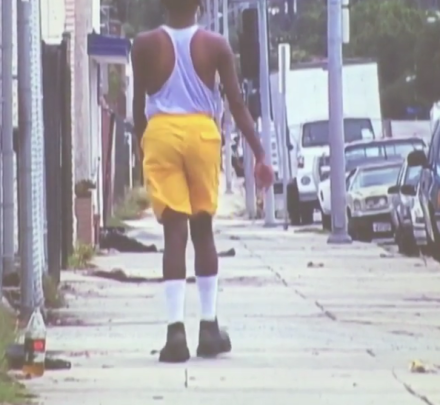 By the time the viewer enters the last room, where his 2005 video Niagara shows the artist sauntering down a Los Angeles street, hips swinging and arms swaying in a slow-motion loop, a sense of rhythm and repetition has taken over the show itself, turning it into a narrative arc that can be read both ways.  Much like the exhibition’s title, Bradford’s figure walks towards a new day, one that may be darker, or brighter than the one before it.

Running in conjunction with the exhibition, Bradford is also sponsoring the Process Collettivo, a store selling goods produced by those working in the Venice prison system, and sold at the shop by men and women working to reintegrate into society after their sentences have been served. 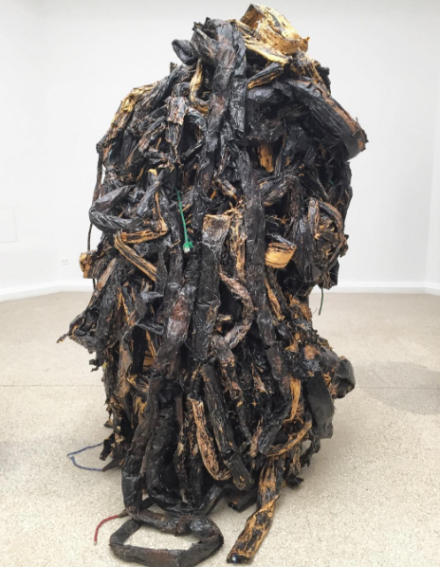 This entry was posted on Monday, May 15th, 2017 at 6:55 pm and is filed under Art News. You can follow any responses to this entry through the RSS 2.0 feed. You can leave a response, or trackback from your own site.