The Dia Art Foundation has opened a dialogue between the work of Kishio Suga and Hanne Darboven at its Chelsea exhibition space this winter, a discourse over decades and continents, time frames and objects through conceptual engagements with each artist’s respective local and social contexts.  Compiling Darboven’s expansive piece Kulturgeschichte 1880–1983 (Cultural History 1880–1983, 1980–83) in conversation with a series of Suga’s historical and recent works, the pair of shows delve into the act of addressing and working with history, in exchange with the inherently material practice of making art. 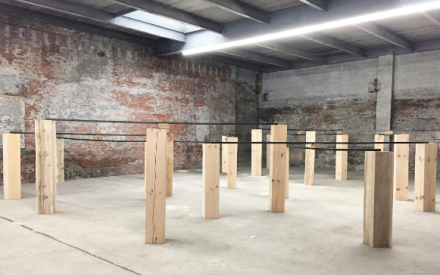 Darboven’s Kulturgeschichte, on view in the institution’s main space, is a monumental act of compilation.  Collecting printed materials (calendars, magazines, postcards and other documents from the history of the German nation), Darboven’s project suspends this massive trove of information in an endless series of conjunctive interactions.  Meanings and interpretations of German history (and the often fraught political realities of the nation during the 20th Century) frequently overlap or collide, forcing disparate threads of national identity to emerge through repeated passes through its mass of points.

Darboven’s approach to the act of understanding, of framing history, focuses itself more on data than narrative construction, allowing the production of texts and images in mass culture and fine art to stand in for her own initial framing.  These are countered by a series of sculptural objects, from racially-charged statues to busts of historical figures, each allowing sudden counterpoints and commentaries on the data presented.  Darboven’s hand appears most clearly in these moments, offering a subdued but present commentary on the viewer’s understanding of the images and texts presented.  The result is a narrative of time and trauma, violence and healing over the course of Germany’s difficult history during the late 19th and 20th centuries, and the current state of the nation during the 1980’s.

By contrast, Suga’s work takes a more directly rooted approach towards the Dia:Chelsea location itself, exploring the space next door at 541 West 22nd Street.  A former marble-cutting facility, the space’s raw industrial nature serves as a fitting point of inquiry for the artist.  His brusque explorations of material, which emerged from his long engagement with the Mono-ha movement in Japan, feel particularly at home in the gallery space, often disappearing into the space’s previous historical contexts.  The incorporation of readily available elements, amid the cracked brick and cement of the space around it, gives a sense of the ephemeral, as if the stack had been placed momentarily while other works were installed around it.  Other works take a similar approach to Darboven’s work next door, using the placement of single object to dictate the final form of a larger system.  His new large-scale piece Law of Halted Space, for instance, creates an intricate network of suspended steel beams, each held in place by wooden blocks and small slats, which compensate for the divergent heights of each piece.  Allowing a the final form to emerge from the act of negotiation, Suga’s works engage tightly with the space around it, allowing each material to engage in complex spatial configurations while remaining tightly linked with the room around it. 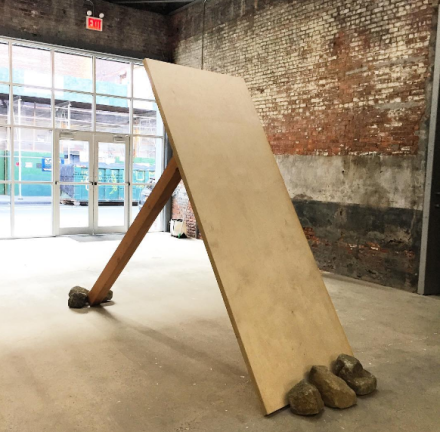 Between the two, one can sense a similar act of compilation, as each artist allows constructions of meaning and understanding to emerge from the interaction of material itself.  Whether by Darboven’s relentless compilation of numerical data and cultural objects or Suga’s interactions of local space and generalized materials, the pieces on view speak to a world where meaning is always open to construction, interaction or re-interpretation. 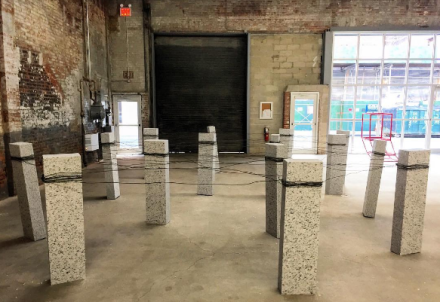 This entry was posted on Tuesday, July 11th, 2017 at 12:15 pm and is filed under Art News, Featured Post, Show. You can follow any responses to this entry through the RSS 2.0 feed. You can leave a response, or trackback from your own site.