New York – “Visionaries: Creating a Modern Guggenheim” at the Guggenheim Through September 6th, 2017 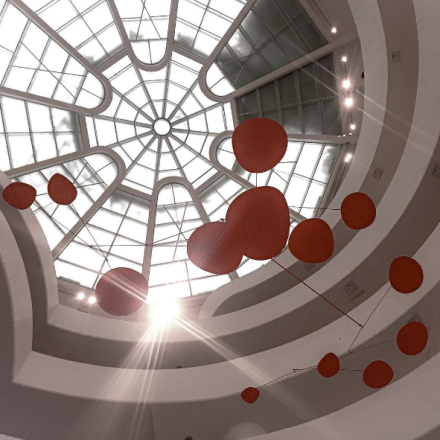 An embarrassment of riches is spread along the winding pathway of the Guggenheim Museum this spring, tracing the long and storied history of the New York institution through its interconnected relationships with the collectors and avant-garde pioneers that helped to grow the institution into the powerhouse that it has since become.  Visionaries: Creating a Modern Guggenheim offers visitors a firsthand look at the inception of one of the city’s enduring guardians of modern and contemporary art, all through the eyes and hands of the various parties involved in its early years. 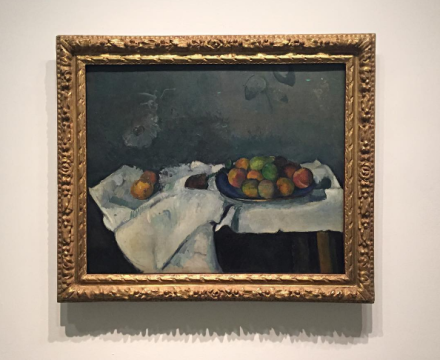 The exhibition offers a powerful look at the museum’s genesis, born from the vision of Solomon Guggenheim and artist Hilla Rebay, and their collection of “nonobjective” paintings, which they began to build during the 1920’s.  This focus on dynamic, spiritually-tinged paintings brought masterworks from Wassily Kandinsky to Pablo Picasso, Camille Pissarro to Piet Mondrian, into the museum’s holdings in its early years of establishment.  Shown here, the works trace a striking evolution in the museum’s scope, aiding in and complementing the growing tides of similar interests in abstraction on this side of the Atlantic. 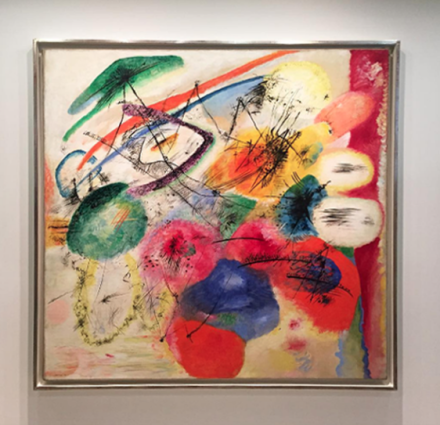 As the exhibition continues, Guggenheim and Rebay’s vision is complemented by the contributions of fellow collectors and the artists they loved, underscoring the shared passion and investment in the landscape of modernity that their friends and family shared.  Works from the holdings of Justin K. Thannhauser join the exhibition, tying in works from the Post-Impressionist schools of European painting, while elsewhere, Peggy Guggenheim’s famed patronage of the American abstractionists and their contemporaries in Europe trace the exchange between decades and continents to an increasingly broad scope.  Later in the show, the influx of European refugees during the years of war during the 1930’s and 1940’s makes for a powerful contemporary argument, underscoring the cultural growth of the museum as New York welcomed thousands of fleeing Europeans, many of them artists, to their new homes. 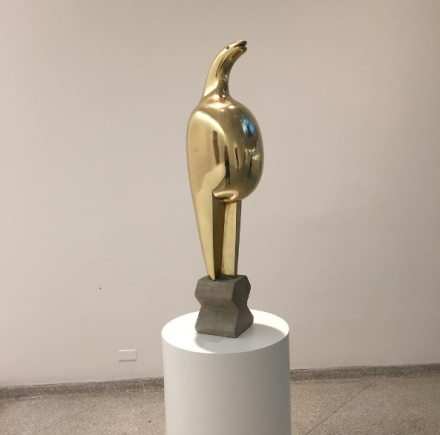 Due attention is also paid to the intellectual cross-pollination occurring during the era among the avant-garde in both the European continent and the States, underscoring the friendships and conversations occurring during the era.  Duchamp is placed into dialogue with Calder, Paul Klee mingles alongside Modigliani, underscoring the connections and shared spirit of the era, all readily apparent to the collectors helping to build the museum collection.  Alexander Calder’s mobile, hanging over the museum’s circular atrium, feels like something of a natural focal point, uniting the artist’s shared relationships to both Europe and the Americas, abstraction and avant-garde sculpture, all bound together in a delicately balanced object that counters the white backdrop of the museum’s walkways quite strikingly.  Elsewhere, a show-stopping Jackson Pollock canvas serves to unify the various strains of abstraction and innovation throughout the show quite well, underscoring one endgame in the ongoing exploration of painterly gesture, the space of the canvas, and the artist’s relationship to both. 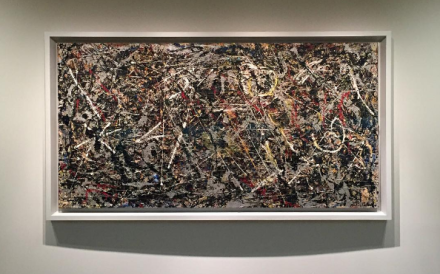 Considering the sheer depth of its holdings, and the extent to which they are shown here, the Guggenheim’s current reflection on its history presents itself as a timely look back on its role in the New York art world over the last century.  As the viewer reaches the top of the museum, looking back down onto the walkways below, and the works amassed over this history, a sense of anticipation for what’s next is unavoidable.

Visionaries is on view through September 6th.

This entry was posted on Friday, August 25th, 2017 at 2:08 am and is filed under Art News, Featured Post, Show. You can follow any responses to this entry through the RSS 2.0 feed. You can leave a response, or trackback from your own site.