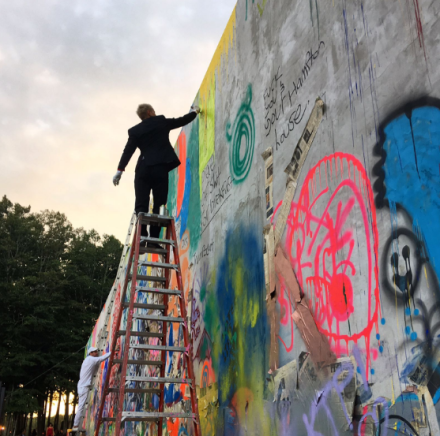 Painting the wall at Watermill Center, via Art Observed

The 24th Annual Watermill Center Summer Benefit & Auction took place this past Saturday evening, returning to Robert Wilson’s expansive performing and interdisciplinary arts campus with a new selection of performances and installations laid out across the grounds. Honoring performer Laurie Anderson and actress Isabelle Huppert this year, the event also served as a tribute to the late artist and musician Lou Reed, while also serving to benefit the Watermill Center’s continued residency and research projects. Anderson and Reed previously performed a work together, The Wildebeests, at the event in 1997, reprised this year as a culmination of the evening’s proceedings. 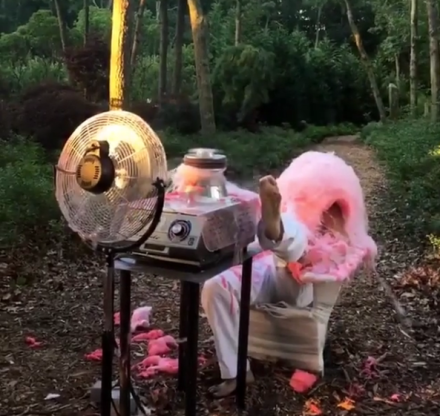 Staked out across the Center’s impressive eight acres of grounds, libraries and performance spaces, the evening’s guests could be seen mingling and wandering through the woods, where a range of performances, sculptures and projects turned its shady reaches into a series of otherworldly environs.  Guests included Robert Downey Jr., Christophe de Menil, Hank Willis Thomas, and others, all passing in and out of sight in the wooded grounds.

Outdoor cocktails were served underneath a massive Jenny Holzer wall work, while nearby visitors could cover another wall in coats of spray paint.  In another, artist Stephen Shanabrook had set up a cotton candy machine to spew strands of the stick snack over a performer’s face, leaving a body coated in pink fluff in the middle of the woods. Elsewhere, artists Raúl de Nieves & Erik Zajaceskowski had decked a series of performers in an abundance of glittering, colorful fabrics and material, drawing attention to their strange movements and patterns over the stone floor of one structure on site. 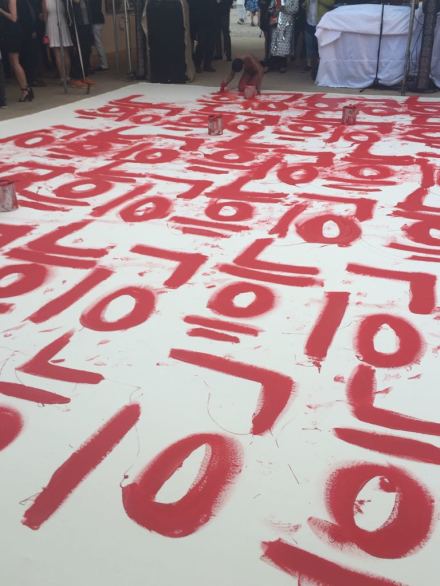 The dance floor, painted during a performance by Dana Davenport, via Art Observed

The evening performances gradually gave way to the dinner and auction, followed by a striking performance by Laurie Anderson. Filling the performance space with her harmonically enhanced readings, the artist’s work was a fitting cap on an evening honoring both her own continued work, and that of Robert Wilson’s. 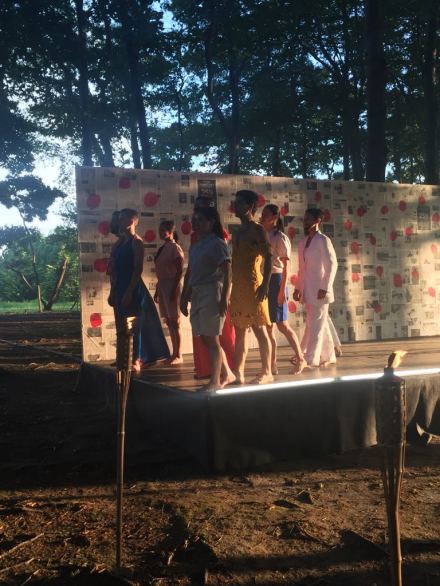 Performers in a work by Marianna Kavallieratos and Laurent Le Gall, via Art Observed 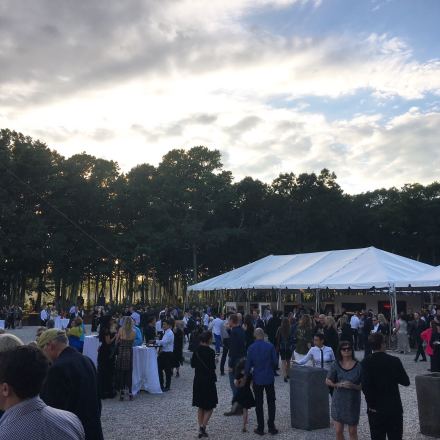 Outside on the Watermill Center Grounds, via Art Observed 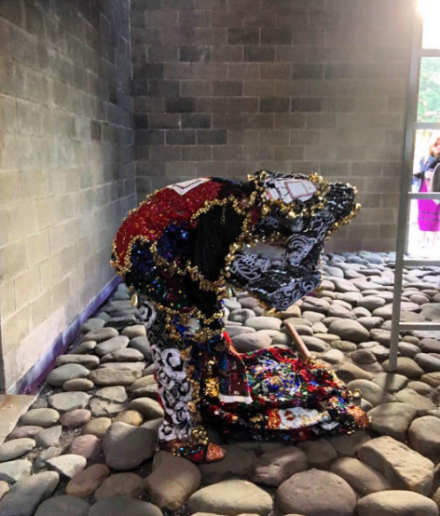 A performance by Raul de Nieves, via Art Observed 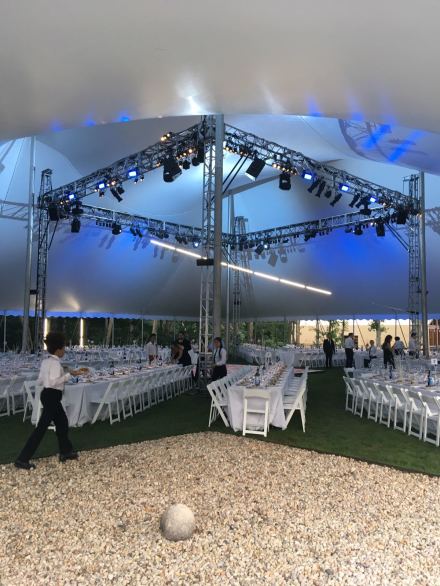 Underneath the tent, with dinner soon to be served, via Art Observed 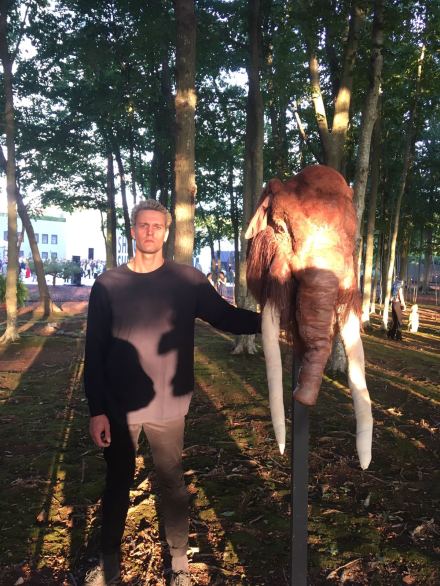 A performer holds a piece by Rachel Frank, via Art Observed 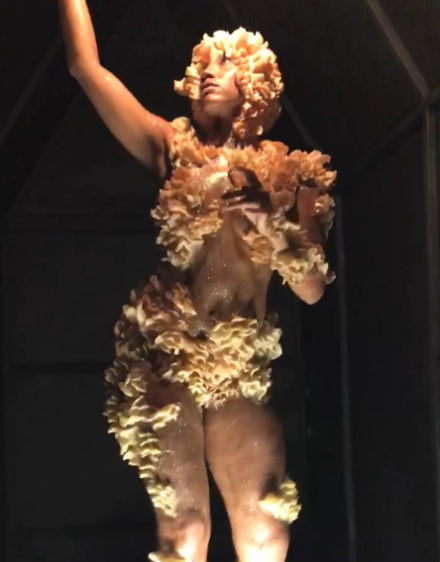 A performance to Barbara Tran’s Homo Schizophyllum, via Art Observed

This entry was posted on Tuesday, August 1st, 2017 at 3:22 pm and is filed under Art News, Featured Post, Show. You can follow any responses to this entry through the RSS 2.0 feed. You can leave a response, or trackback from your own site.