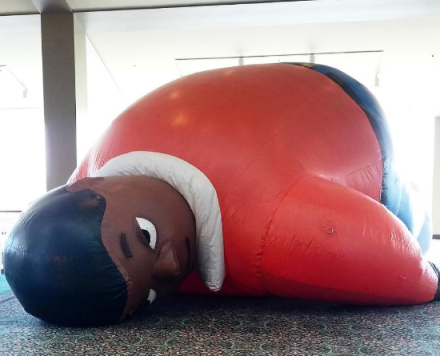 Situated just beyond the tourist traps of Navy Pier, the EXPO Chicago art fair attracted visitors out over the lapis waters of Lake Michigan for the sixth iteration offering another year of global arts attention on the Windy City. British artist Roger Hiorn‘s deliciously fun, foam spawning A retrospective view of the pathway is prominently placed in the front yard of the space, serving as a prominent lure for the show, and indicative of this same international flavor. As well as partnering with the Palais de Tokyo and Institut Francais for an exhibition of emerging French and Chicago artists at the DuSable Museum of African American History, the press release heralded this year as the “most global edition to date.” 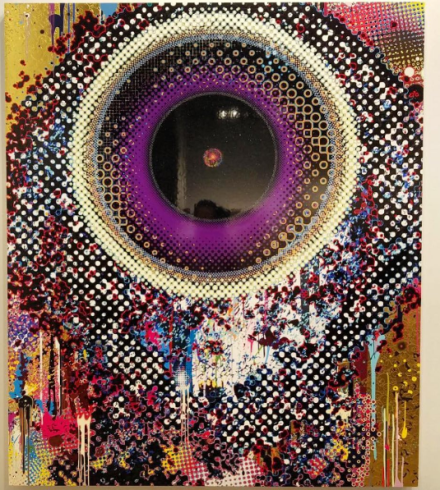 The feeling of exploration was echoed in the art on display, which attendees, including artist and critic Robin Dluzen, characterized as featuring younger, emerging, and otherwise lesser known artists than the blue chips.  While the blue-chip heavyweights  were not completely absent—Warhol pieces could be found floating around the Gagosian booth while Damien Hirst‘s Eat The Rich offered a more self-aware note at Other Criteria—much of the attention seemed centered on fresher faces.

Every gallery Art Observed talked to noted that they had already sold works during the previous night’s vernissage, with the market being positively described as moving at a slow but steady clip; one European gallery, which did not wish to be identified, praised the pace, noting that it felt like they had more of a chance to talk to buyers, while buyers had a chance to truly think through their purchases.  The prime real estate offered to lesser-known artists also seemed to benefit from the more relaxed tempo. 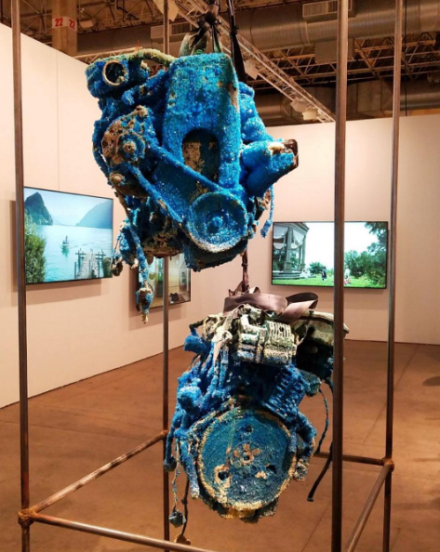 Chicago galleries were also out in full force. Carrie Secrist Gallery, celebrating their 25th, or silver, anniversary, featured works laced with argent, including Tomorrowland, one of Whitney Bedford‘s feverish chaparral dreamscapes and works by super-hot Andrew Holmquist, the most spectacular of which, Strong LQQks (Fishy Tank), sees strips of silver knifing through the clouds of gestural noise beneath them. Corbett vs Dempsey featured some of Rebecca Shore‘s abstract works, which call to mind both the fashionable and physiological, as well as the milky eggs—replete with unsettling eyes—of Thomas Grünfeld. 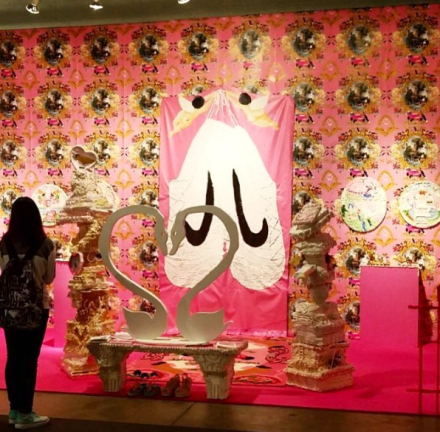 An Installation by Yvette Mayorga at the Chicago Artists Coalition Booth, via Art Observed

But the most buzz was perhaps reserved for Yvette Mayorga, whose showing at the Chicago Artists Coalition, High Maintenance (Art After Nov. 8, 2016) was a pink paradise, an unmistakable rose beacon and a treat for the sense beyond the usual sight, thanks to the smells of frosting coming from the actual sweet stuff which comprised the fence at the booth’s front.

Artists aside, the youthful energy of this year’s EXPO was best exemplified by two interactive events high above the exposition floor, behind a prom-like sign of golden streamers marking the VIP—Very Important Platform—entrance. Upstairs, guests can help sand literal platforms for dancers, then help to create speaking platforms for the Protest Banner Lending Library,which actually lends out its whimsical but sharp collection of banners for protest actions. EXPO guests can cut out letters and iron them on, helping to complete a colorful litany of causes to fight for (refugees, healthcare, disability rights, decolonization, education) or against (white supremacy, fascism, violence, homophobia, Trumpism), in ever-growing, righteous signs.

Down below, an interesting mix—trendy-looking art folks, kids in goth makeup, the odd perfectly coiffed man in board shorts and a tee-shirt, curators, critics and journalists—milled around during the show’s opening few hours. Amid the general public, EXPO Chicago founder and president, Tony Karman took a victory lap, cruising through the fair to shake hands and greet attendees.  Smiling as he wrapped up the final hours of the fair’s proceedings, his good nature seemed to match the fair’s atmosphere, not to mention the gleam of the lake just outside. 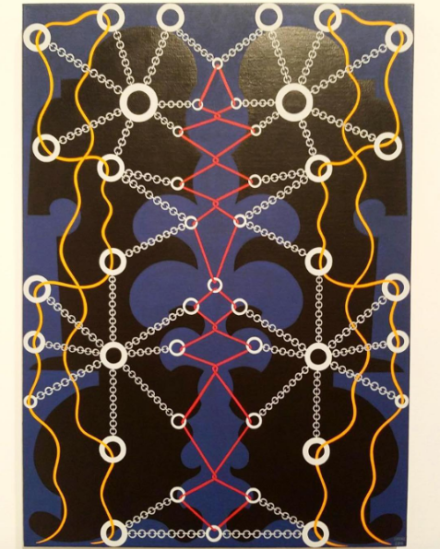 Rebecca Shore at Corbett vs Dempsey, via Art Observed 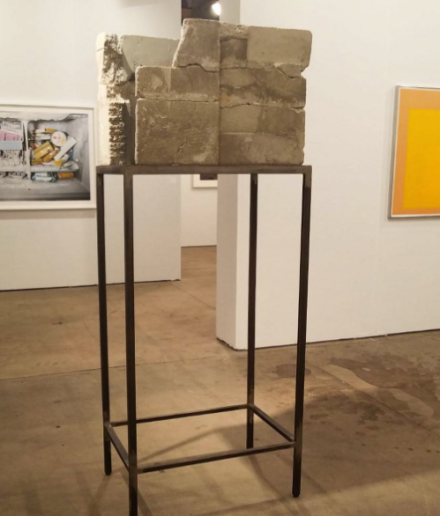 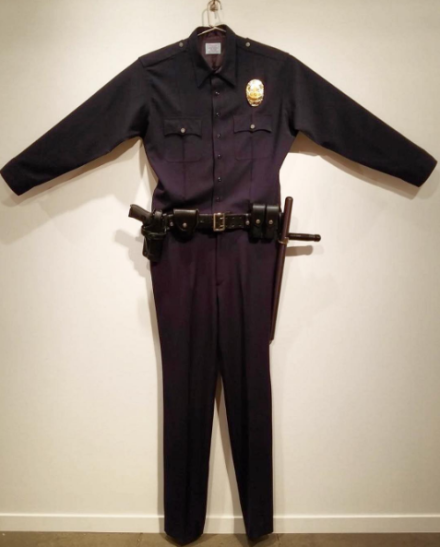 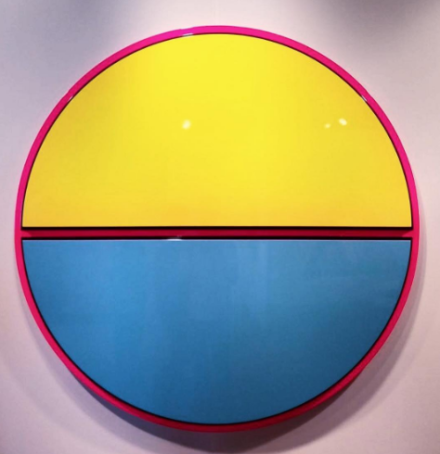 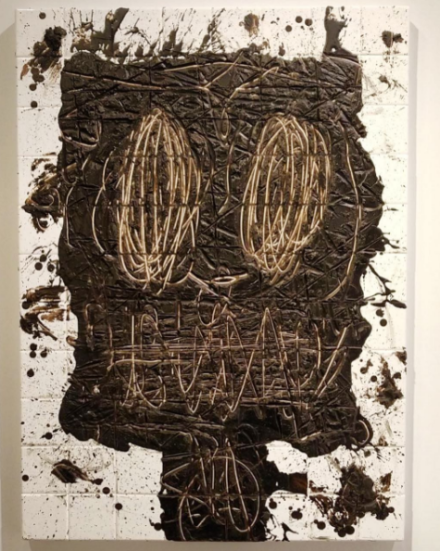 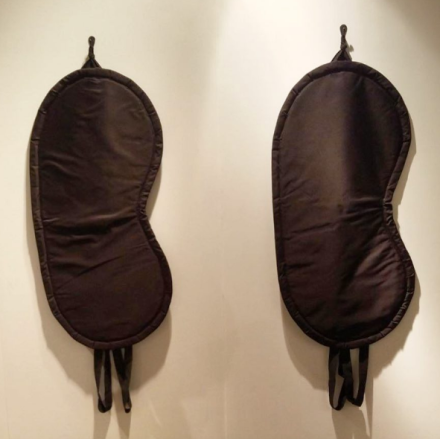 This entry was posted on Sunday, September 17th, 2017 at 8:39 pm and is filed under AO On Site, Art News, Featured Post, Show. You can follow any responses to this entry through the RSS 2.0 feed. You can leave a response, or trackback from your own site.