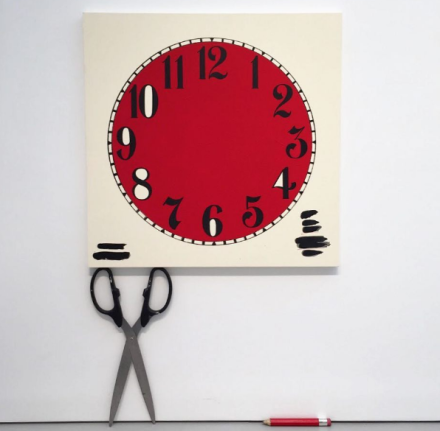 In some regards, size has always mattered to Amanda Ross-Ho. It’s hard to even recall a show of hers in which she hasn’t taken a common object and enlarged it to an uncommon size. In her 2012 show at MOCA’s Pacific Design Center, Teeny Tiny Woman, Ross-Ho even went so far as to create an oversize photo enlarger, underscoring her impressive sense of both scale and formal wit. With several years of practice under her belt since then, however, Ross-Ho’s simple enlargements have seemed to evolve quite considerably, perhaps best exemplified by My Pen is Huge, Ross-Ho’s new exhibition at Mitchell-Innes & Nash, which sees her adding to own work’s discourse by including life size objects alongside her oversized sculptures. 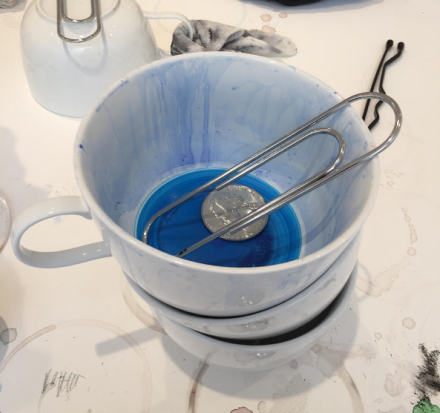 The more thoughtful undercurrent of Ross-Ho’s work involves itself in a relationship to the studio practice of an artist, and the objects that clutter their workspaces. She usually steers clear of the more emblematic items, drawing on the detritus and spare goods that litter the corners and high shelves of busy artists, the kind of material that balances on that shaky question: “is it still useable or is it trash?” A paint-splattered nitrile glove and a paint-stained rag are the kind of utilitarian goods that Ross-Ho loves to hit with her magnification ray. 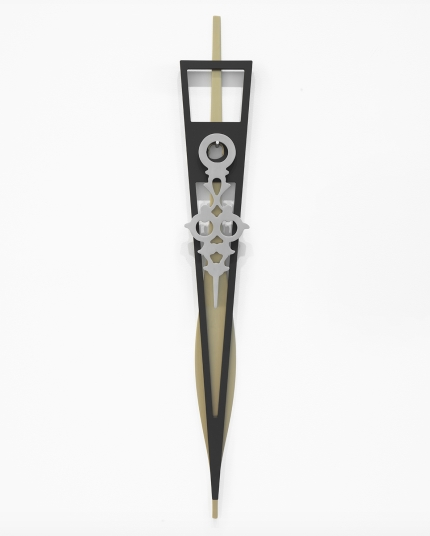 While this move is not entirely new for her, the fact that for the month prior to the exhibition, Ross-Ho used the gallery as a temporary studio, gives it a new and deeper meaning. While Dawn Kasper moved herself and her studio into the Whitney for the 2012 Biennial, Ross-Ho has instead left behind elements of her studio practice along with finished paintings created onsite. On the floor are oversized scissors and x-acto blades (as Ross-Ho calls them, “close-up” sculptures), and on one of the two tables in the gallery are her actual used neoprene gloves. On the surface of the table are scrawled notes, paint stains, and little doodles that were made by the artist over the course of the install. Rather than exhibiting the studio-as-art-piece, Ross-Ho has presented us with a romanced version of the studio, complete with “close ups” and impeccably clean floors. Yet unlike her past “close ups,” the oversized elements in My Pen is Huge are all readymade gag gifts. In a way, it is Ross-Ho finally beating her detractors to the punch line and turning potential weaknesses into a strength. 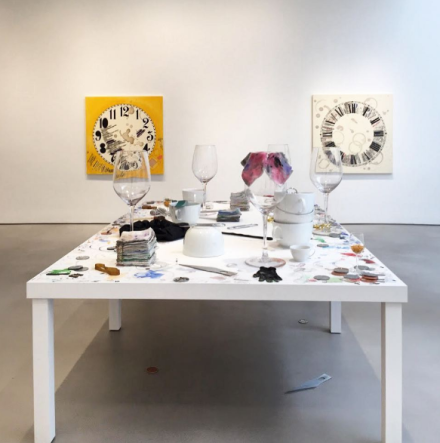 The two long white tables in the gallery, which sit side by side, are so dense with objects of varying scales that any sense of reality is quickly lost. There are giant wine-stained glasses, tiny cups, awkwardly large pencils, far too many objects to list. With the chaos of the table, coupled with the paintings of clocks that adorn the walls, a likeness to the fated tea between Alice and the Mad Hatter don’t seem far off. 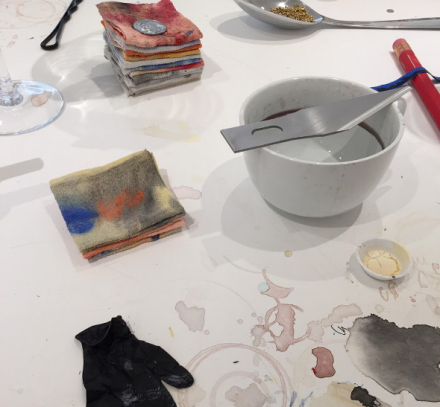 Looking past a potential fall into Wonderland, the clock paintings are again a hole that leads back to Ross-Ho’s focus on the studio. The paintings are reproductions of drawings that Ross-Ho made during the year that she was without a permanent studio. During her short tenure in the Mitchell-Innes & Nash space, she faithfully recreated these drawings as medium-scale paintings. The ticking hands of the clock allude to that moment when the paintings are finished, the exhibition photographed, and her studio gone. In that regard, Ross-Ho’s work is a love letter to the studio, and more directly, to the practice of making art. Why would an artist not celebrate the space in which they can create?

The exhibition is on view through October 14th.

This entry was posted on Thursday, October 12th, 2017 at 12:17 pm and is filed under Art News, Featured Post, Show. You can follow any responses to this entry through the RSS 2.0 feed. You can leave a response, or trackback from your own site.