New York – Dana Schutz: “Imagine Me and You” at Petzel Gallery Through February 23rd, 2019 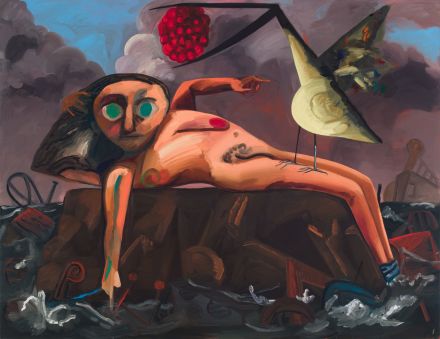 Marking her third solo exhibition with Petzel Gallery, artist Dana Schutz returns to New York this month with “Imagine Me and You,” a solo show of new paintings and sculptures. Diving deeper into her kinetic, often bizarre juxtapositions and alterations of physical space, Schutz’s work in the show marks a continuation and elaboration of her aesthetic practice. 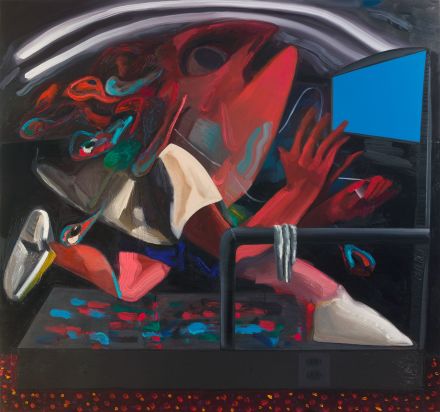 The surfaces of Schutz’s new paintings are layered and built up with thick impasto. Figures become walking palettes as paint, daubed and squeezed straight from the tube, create scars, wounds, nipples or noses. Other times, the paint is sculpted, as in the painting Bat, molding it as an imprint of a weapon that has swiped across the character’s face. In each, Schutz invites her works to serve as spaces where the collection of paint both allows an image to gradually emerge from the result of its collected gestures, and equally to present this image in all of its physical and emotional depth. Schutz seems to have mastered a sort of accumulation that emphasizes both the power and gravity of her images, merely from the clustering and clumping together of dense layers of paint. 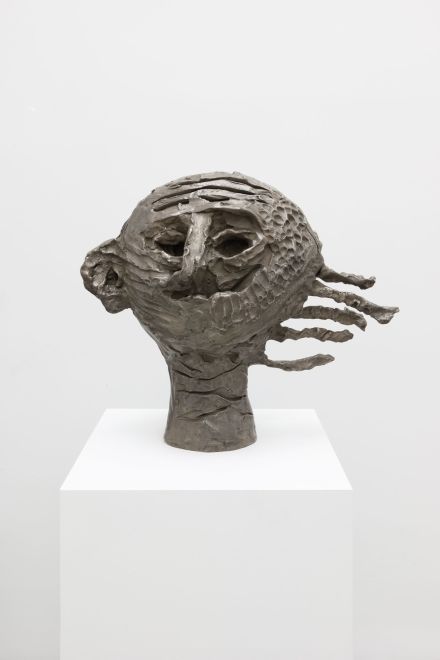 The show’s titular work, for instance, depicts strange terrain where clouds hover like rocks, the ground is composed of jawbones, and mountains suspend writhing histories and political dilemma. The masses of paint turn these images into objects, weighty things that carry their own sense of space and presence both within the image and on the canvas’s surface. 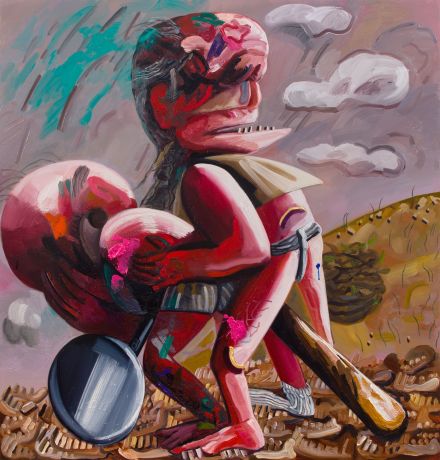 Much in the same way that Schutz uses paint as a sculptural material to build subjects, five new bronze sculptures render Schutz’s pictorial elements as objects. The sculptures, first molded in clay and later cast in bronze, are rather direct, their final forms created from a similar “lumping together” of material. One piece, Washing Monsters, echoes the painting nearby of the same title—a man stranded on a mountain top caresses and cares for a presence that he seems to fear, confined by his own gesture. 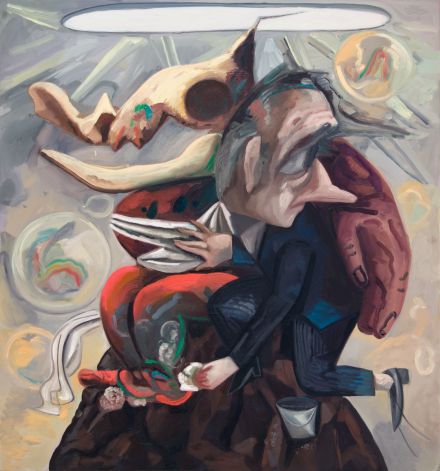 Schutz’s work is particularly notable in this sense, embracing the idea of a space that is simultaneously bursting with materiality, yet always hinting at a breakdown in its coherence as a result. Balanced precariously on the edge of collapse, Schutz underscores the liveliness and energy of her work. 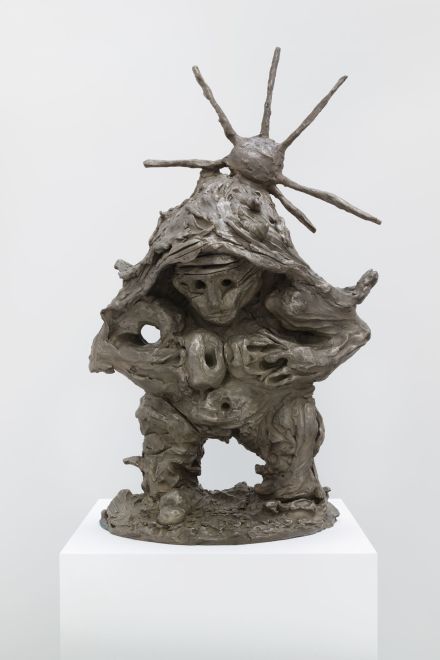 This entry was posted on Thursday, January 24th, 2019 at 5:53 pm and is filed under Art News, Featured Post, Show. You can follow any responses to this entry through the RSS 2.0 feed. You can leave a response, or trackback from your own site.