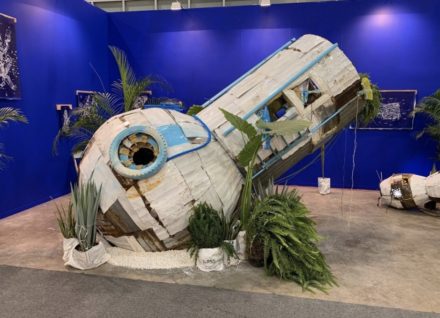 Zona Maco has opened for its 16th year, celebrating the milestone event today with the first day of its VIP preview, and a look at the stature of the fair in relation to the burgeoning artistic community in Mexico City.  Once again taking over the expanses of the Centro Banamex, Zona Maco opened on a sunny, warm Tuesday, a much-needed relief from the brittle cold that has swept over much of the northern US and parts of Europe in the past few weeks. 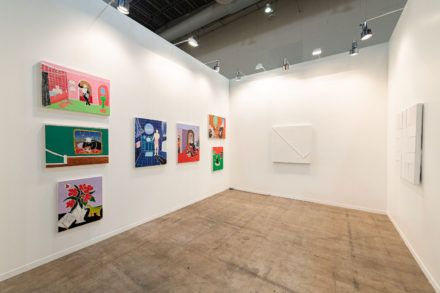 This year’s edition marked a continuation of a fair that has long prided itself on the scale and strength of its inclusions, with particular focus paid to the art and artists of Latin America in relation to the rest of the international art market.  This year, the fair is welcoming more than 180 galleries from around the globe, yet the spacing of its booths and the tight execution of the fair’s architecture rarely leaves one feeling overwhelmed. 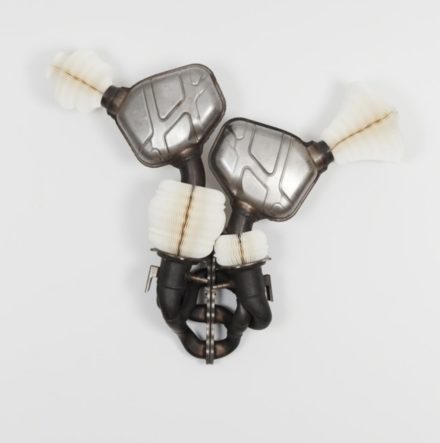 Cardi Gallery was on hand, presenting works by Pier Paolo Calzolari and Robert Morris, among others, showcasing a broad range of works and styles that was particularly impressive.  At Tina Kim Gallery, one could view a series of swirling, illusionistic works by Davide Balliano, while Pace Gallery, which was marking only its second exhibition at the fair, was showing impressive pieces by Leo Villarreal, the artist’s commanding light works drawing viewers into the booth all day.    At the Hole, one could view works by Eric Shaw, Morgan Blair and more, while at Zilberman Gallery, artist Pedro Gomez-Egaña’s The Tristan Chord suspended a massive marionette figure above the floor of the space, a surreal moment of figurative work. 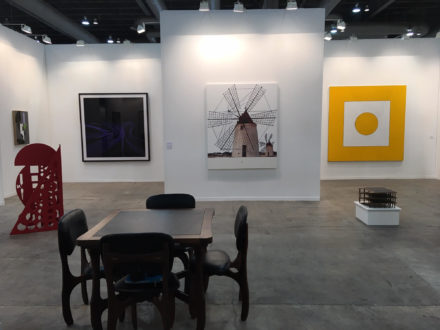 Curated by Kiki Mazzuchelli, the fair’s Sur Section was also just getting started, featuring younger artists and unique, exploratory works .  Mazzuchelli, who has worked for years between London and Sao Paolo, had selected a range of expressive, stylistically diverse offerings, like Proyecto Nasal’s show of works by ASMA Matias Armendaris Hanya Belia, looping, abstracted forms and sculptures that offered a strange, ominous undertone to the booth, while at Patron, a number of evocative works by artist Harold Mendez were on view, strangely compelling in their own darkly withdrawn way.   Also of note was the New Proposals Section, curated by José Esparza Chong Cuy, the newest Executive Director of New York’s Storefront for Art and Architecture, and a longtime Mexico City resident.  His show, similarly interested in space and impression, was imbued with a more distinct sense of adventure, with works like Simon Vega’s spaceship crash landing site at MAIA Contemporary. 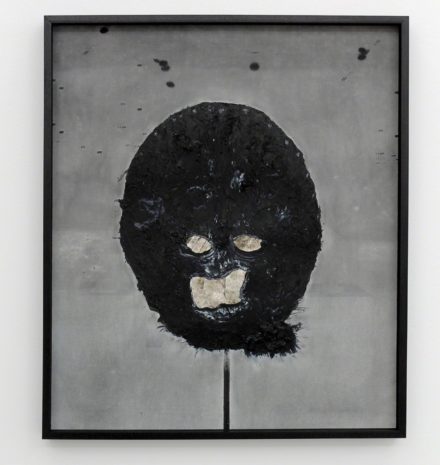 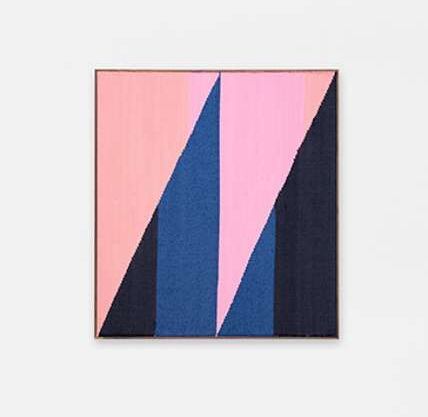 Brent Wadden at Pace, via Pace

All told, the fair’s early hours were a reflection of the appeal of Mexico City and its thriving arts scene, a diverse, immersive selection of pieces and projects that invited a lengthy, adventurous engagement. 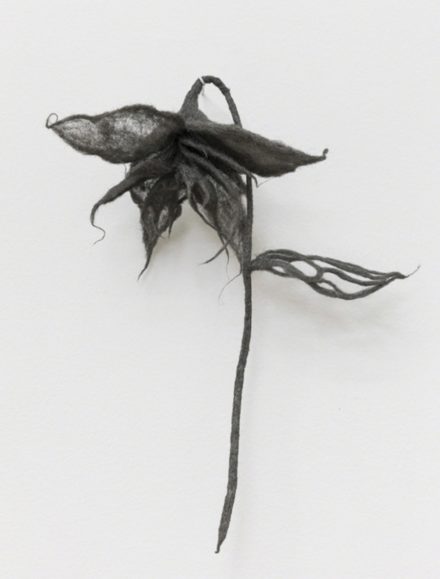 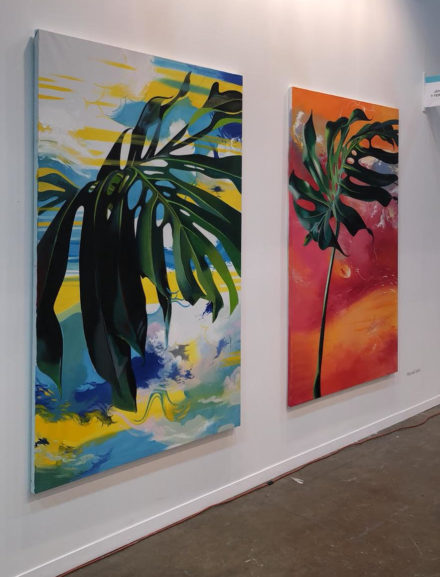 This entry was posted on Wednesday, February 6th, 2019 at 10:20 pm and is filed under Art News, Featured Post, Show. You can follow any responses to this entry through the RSS 2.0 feed. You can leave a response, or trackback from your own site.