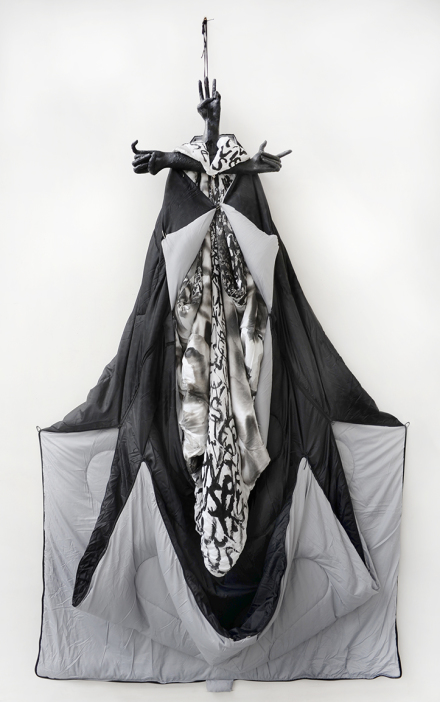 Artist Annette Messager has brought a series of new works to Marian Goodman Gallery in Paris this month, orchestrating a series of drawings and wall mounted works as well as her first video install, Lost in Limbos (2019).  The show, continuing Messager’s incisive material inventions and impressive orchestration of varied states and conceptual operations, is on view through July 19th. 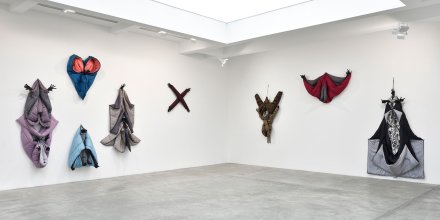 The show opens with a series of mural sculptures titled Sleeping Songs (2018–19), reworked sleeping bags, quilts and hooded puffer jackets that have been twisted into expressive new forms.  Drawing subtle references to the female body, the pieces and their materials emphasize warmth and comfort, referenced as cocoons that hint at a nurturing, caring state Messager works with in both visual structure and material implication.  Yet the works equally emphasize an absence of bodies, or perhaps more explicitly, the absence of an owner, particularly when considering the small hands marking the works and emerging from the folds of the form itself.  The hands and folds emphasize a constant negotiation between absence and presence, connection and meaning working against the bodies left out from these works.  The forms are signs,  meanings in and of themselves, referencing love and birth, death and separation, in equal measure. 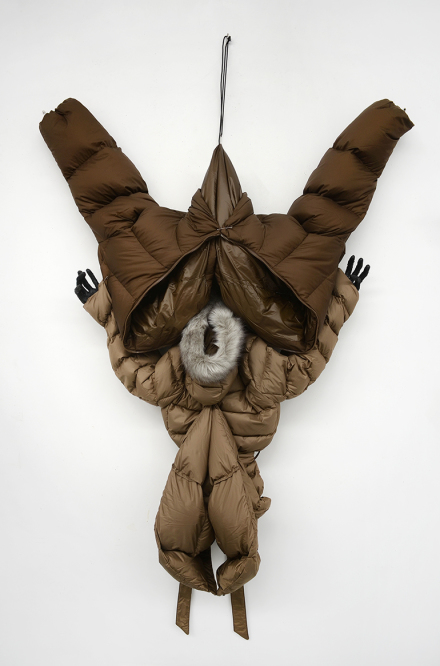 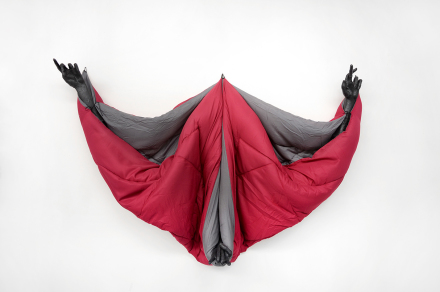 In the lower gallery, the artist’s work Innocents-Help (2017) presents a contrasting point to the idea of a childlike hand, referencing Poussin’s The Massacre of the Innocents with writing suspended from the wall, nets, bodily fragments and a puppet slumped on the floor. Just like the works in Sleeping Songs, this installation pays homage to fragility, to the states of life moving between death and life, and the presence of the human form as a constant reminder of the thin line between the two.  This sense of ghostly images and remainders haunts the video installation Lost in Limbos (2019) as well, the work shifting through pieces and parts, the presence of the body in slight impressions and its implied departure, either through the absence from the lens of the camera, or the death of the subject itself. 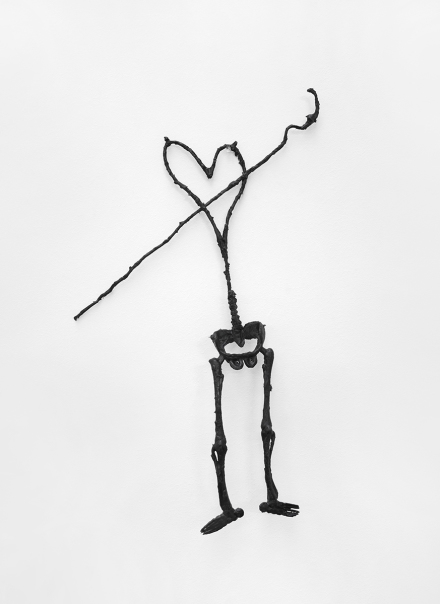 These are subtle connections Messager expresses here, senses of delicate life and impending destruction that continues through a final work, Petite Babylone (2019), a new installation that she describes as a “Black Babylon, destroyed, invaded by animals — a duck, a squirrel, a seagull, a hamster.”  A dance of shadows and light rotate across the room, created by the movement of several light sources. Annette Messager leaves us with a sense of the end of life, of a ghostly afterwards that fits particularly well with the sensations of life and death, and the progressions through these states drawn by time.  Much like the lines established by the artist between states in her work, Messager seems to emphasize, that each concrete form, in its time, too shall pass. 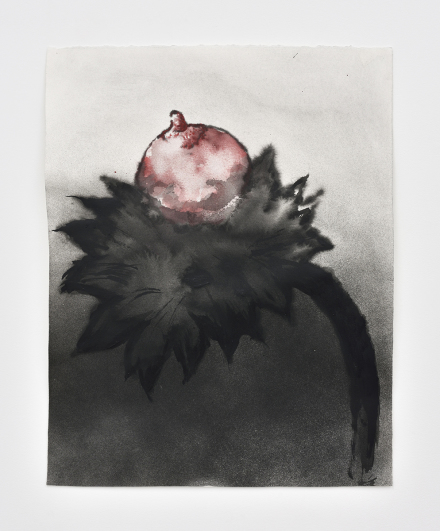 This entry was posted on Wednesday, July 3rd, 2019 at 9:16 pm and is filed under Art News, Featured Post, Show. You can follow any responses to this entry through the RSS 2.0 feed. You can leave a response, or trackback from your own site.