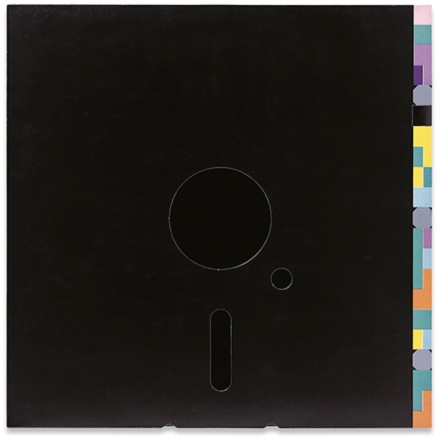 Culling together a selection of works that chart the landscape of British art as it moved through the landscape of industrial collapse through the neoliberal ascendancy of the 1980’s and into the 1990’s, Sprüth Magers is currently presenting New Order: Art, Product, Image 1976 – 1995 at its London exhibition space. The exhibition originates from a discussion about the cultural status and art historical positioning of one of Peter Saville’s best-known works for Factory Records made in the early 1980s, an object that helped in blurring the boundaries between art, design, pop and product. 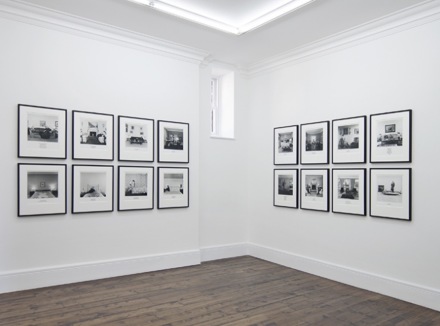 The show assembles a broad selection of images and objects that explores this sense of dissonance between notions of design or art repeatedly over the course of the exhibition. There’s Richard Hamilton’s pioneering interpretation of image, technology and process and commodity to Saville’s design for New Order’s seminal record, Blue Monday, via portraits of British society by Karen Knorr and Olivier Richon. The show also flirts with the early years of the YBA’s, ultimately arriving at an expansive of time that covers the twilight of the pre-digital, modernist city and the dawn of the postmodern computer age. But the show’s process moves backwards, starting with these same artists and moving backwards towards the 70’s. Video of Angus Fairhurst shows the artist lurching about in a gorilla suit, which slowly falls apart to reveal the artist naked, while another work poses teenage Sarah Lucas reading the New Musical Express. In another video, Gary Hume sits in an overflowing bathtub, looking out at an empty industrial yard in a Burger King crown. This selection of works, existential absurdism mixed with a dark sense of turbulence and cultural decay, presents itself as.indebted to a lineage of British surreal comedy, yet equally presents a degree of psycho-drama that conveys a desire to break out, break away and declare a new freedom. 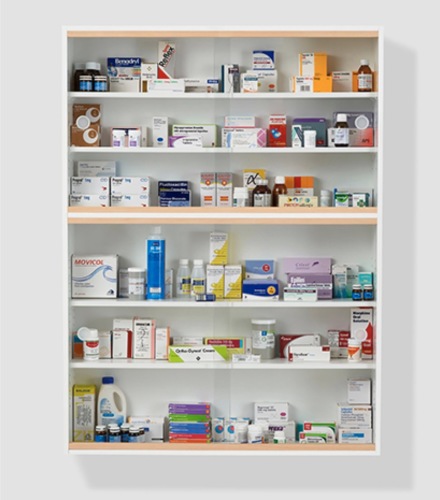 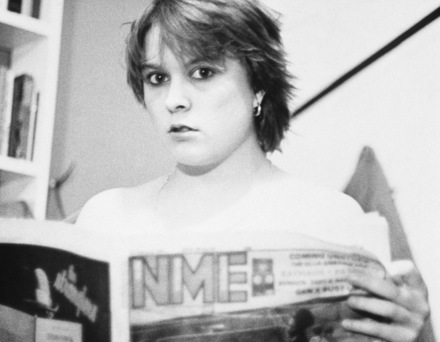 This work finds echoes in the earlier works on view, exploring similar sensations of rupture and the expression of freedom. Knorr and Richon’s photographs of punks in the anarchic clubs of London’s West End in 1976 and ‘77, for instance, showcases a sense of both performance and intimacy, these young subjects posing for the camera yet showcasing a presentation that underscores their vulnerability and youth. These are countered with Peter Saville’s work for Factory Records, the label that bridged the gap between the punk dystopias of the 1970’s and the dance-oriented club culture of the late 80’s in “Madchester.” Showcasing his album covers and designs as mass-market art objects, the artist underscored just how one might consider the presentation of art in a world moving away from the systemic rejection of the punks, and into a space where cultural upheaval could be seen as another jitter in the market. While the punks expressed a rejection of culture in full, New Wave and the dance scenes that followed seemed to explore new tactics, just how one might compress and rework commercialism or use it to ones’ own ends.
Presented here, the show underscores how music and art’s intermingling and cross-referencing systems offered new visions of the commercial and of the traditional, how art for art’s sake might one also bleed into a sort of enlightened commercialism, where every object bore the marks of a deep labor and a commitment to revolution in every new design. 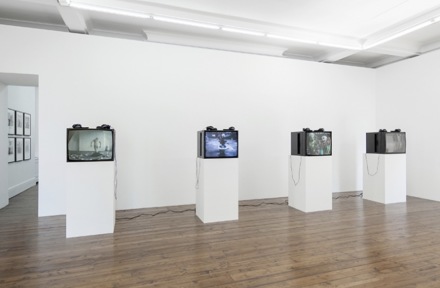 This entry was posted on Tuesday, September 3rd, 2019 at 12:15 pm and is filed under Art News, Featured Post, Show. You can follow any responses to this entry through the RSS 2.0 feed. You can leave a response, or trackback from your own site.