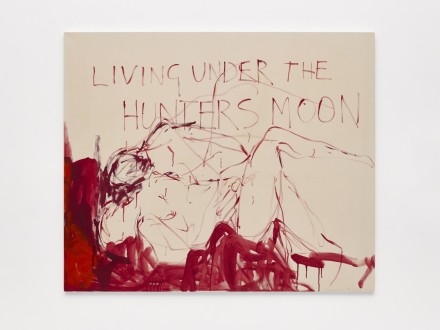 Opening a new exhibition at White Cube in London, Tracey Emin has brought forth an enervating body of new works that continue her expressive and lyrical approach to her life and her work.  The paintings, neon, sculpture and film in this exhibition take their cue from the elemental, sometimes primal, artistic expression, culminating with a screening of her 1998 film Homage to Edvard Munch and all My Dead Children. 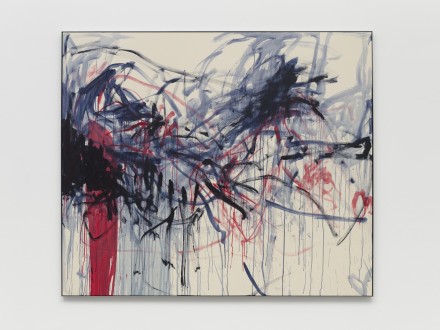 The show takes its title from a painting referencing a “hunter’s moon,” known as part of traditional folklore as the best time to stalk and catch quarry.  The artist, known for working through the night on her pieces, emphasizes this same sense of pursuit, the intermingling of erotics and aesthetics with this sense of the captured sensation and expression.  Other works dwell on similar conceptions, turning the human figure and its expressive capacities into meditations on possession and pursuit. Chasing bodies and poetics across the canvas, Emin emphasizes her work as an endless hunt for herself.  The treatment of the motifs in the work convey the physicality and expressionism, bodies emerging and collapsing in a tumult of vigorous brushwork and pentimenti strokes, placing life as the figure, rather than the implication. 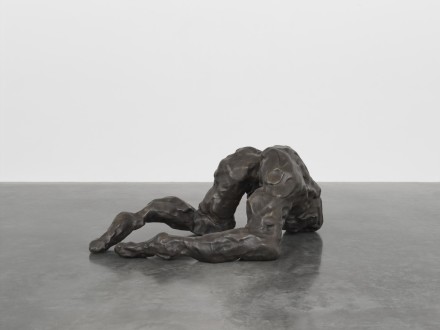 Exploring similar concepts through her sculpture, Emin turns this attention inwards, referencing herself and her life in works like There was so much more of me (2019), showing a kneeling figure that appears to be both eroticized and defenseless, leaving the viewing to decide how they relate to this moment of intimate submission.

In the lower ground floor gallery, the film Homage to Edvard Munch and all My Dead Children shows Emin on a pier crouched in a foetal position. The camera pans across to reveal the backdrop of a bay, with its waters shimmering in the sunlight. This is the view from Edvard Munch’s house at Åsgårdstrand in Norway, which featured in a number of his paintings. A moment elapses before a prolonged scream fills the air, a reverberation, perhaps, of Munch’s most celebrated work The Scream. 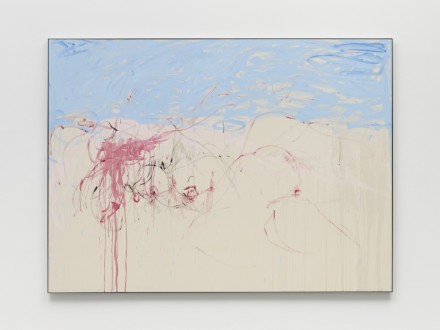 Tracey Emin, Every Single Thing changed because of You Because The sky is the sea (2020), via White Cube

Emin’s pieces here continue her powerful and dynamic exploration of the body and its forces on the world, powered by a sense of love and honesty that seems to grow more transcendent and transformative as the years roll on.

This entry was posted on Tuesday, December 8th, 2020 at 11:00 am and is filed under Art News, Featured Post, Show. You can follow any responses to this entry through the RSS 2.0 feed. You can leave a response, or trackback from your own site.