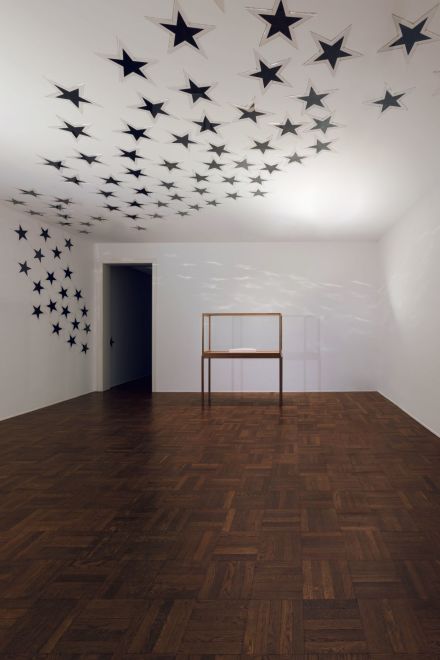 Currently on view at Michael Werner Gallery in New York, artist James Lee Byars’s nuanced and minimalist sculptural project The Milky Way goes back on public view, showcasing one of the artist’s more intriguing and ambitious two-dimensional works. This will be the first time the work is on view to the public.

Composed of 100 black silk paper stars, The Milky Way envelops the gallery in a curling trail of stars, snaking across the walls and ceilings of the space to create a dense and engaging spatial experience that welcomes a closer inspection of its contingent elements. Hidden messages and designs abound, hidden on the surfaces of the work and disguised by the artist’s stylized handwriting, a sort of obfuscation of his own speech and concepts meant to create a constellation within a constellation, a series of assembled meanings that twist and pull the viewer through a new, self-assembled mythology. 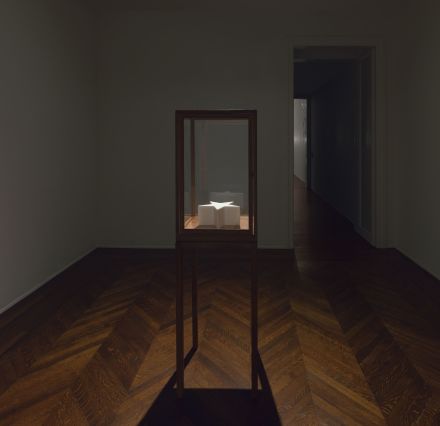 The various elements and pieces here create their own network of symbols, an orchestration of graphics and symbols that pull the viewer deeper into a sense of constructed meanings that Byars allows to snake through the works, their simple presentation and nomination by the artist allowing a deeper meaning to emerge. 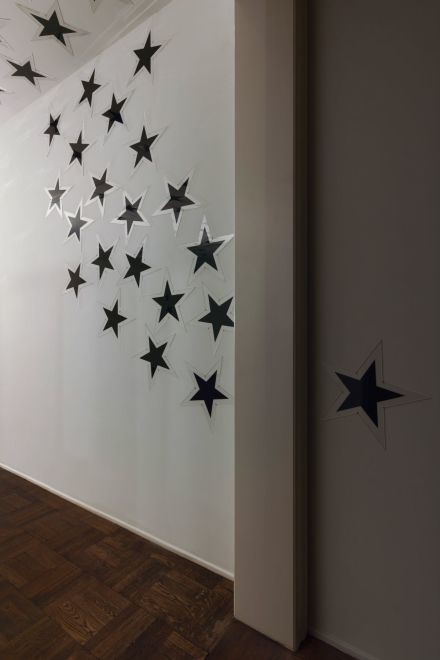 In Greek mythology and philosophy, Eros has many guises. In the earliest sources, Eros is considered a primordial diety, a creator of the cosmos, and in Byars’ canon, becomes a universal force, an assembled concept that is used to direct the viewer’s attention towards broader concepts of truth and beauty. While many artists use form to bring forward an idea, Byars does the opposite, taking an idea and giving it form. The Milky Way, created while the artist was visiting Japan, is an embodiment of Byars’s lifelong quest to present beauty and perfection, serving as a framework for the viewer’s imagination; the idea of a more perfect cosmos.

The show is on view through May 1st. 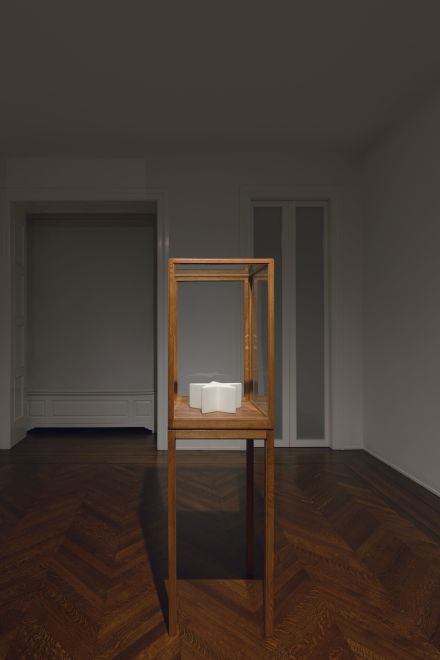 This entry was posted on Wednesday, April 7th, 2021 at 4:13 pm and is filed under Art News, Featured Post, Show. You can follow any responses to this entry through the RSS 2.0 feed. You can leave a response, or trackback from your own site.