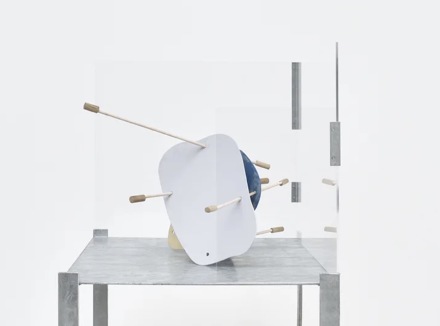 Presenting a series of new works at Marian Goodman’s London Projects exhibition space, Nairy Baghramian’s Side Leaps brings a new series of enigmatic sculptural interpretations to the British capital. This is the first time that this body of work has been exhibited in the UK, with several drawings never having been seen previously, and showcases Baghramian’s use of sculpture and form as a starting point for conversations on space and perception. 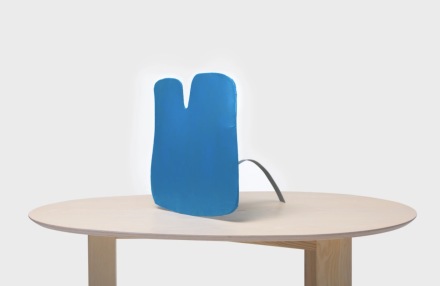 In conjunction with her sculptures and installations, Baghramian has throughout her career produced significant sketches, drawings, and maquettes, known as Side Leaps. While conceptually underpinning her large-scale sculptural works, and compared by the artist to her studio tools, these sketches, drawings and maquettes are periphery studies for sculptures that will never exist. In Baghramian’s words, the Side Leaps ‘have not been allowed to become sculpture’. As such, they provide intimate and invaluable insight into the artist’s working practice, becoming as consequential as the realized sculpture. For this show, the Side Leaps here take on a sense of sculptural fragments, materials and moments in space that the artist often orchestrates into larger spatialized arrangements. Blocks of plexiglass and metal are presented in quiet repose, while in other spaces, these materials are used as mounting platforms for drawings and sketches, combining each of her inventions and explorations as a small-scale maquette, or proving ground for her larger pieces. 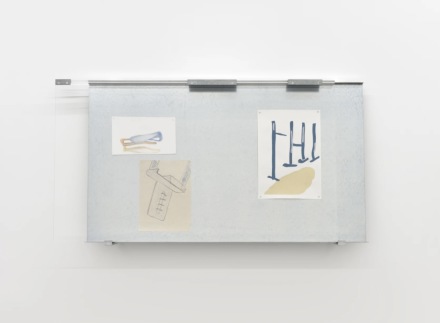 By contrast, the works equally seem to take on the notion of a half-constructed spatial set, or perhaps a test of space itself. Covering surfaces with swathes of color, or testing shapes in their peculiar curls and movements, first as lines on paper, the show seems to show Baghramian testing space itself, using these works as a way to explore the sensation of a gentle undulation, or a twisting of material as it curves away from the viewer. When presented together, one is confronted with ideas of works that might be, that may be, or perhaps never were, instead merely suggestions and concepts that the artist never approached. Reclaimed here as a meditative and conceptual whole, the show offers a fascinating extension of the artist’s practice and inner world. 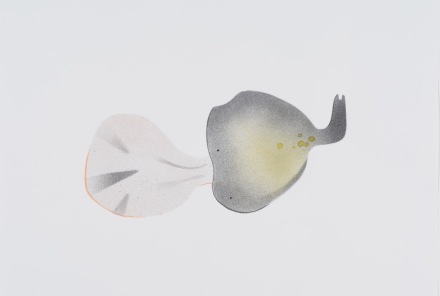 This entry was posted on Thursday, October 14th, 2021 at 4:29 pm and is filed under Art News, Featured Post, Show. You can follow any responses to this entry through the RSS 2.0 feed. You can leave a response, or trackback from your own site.