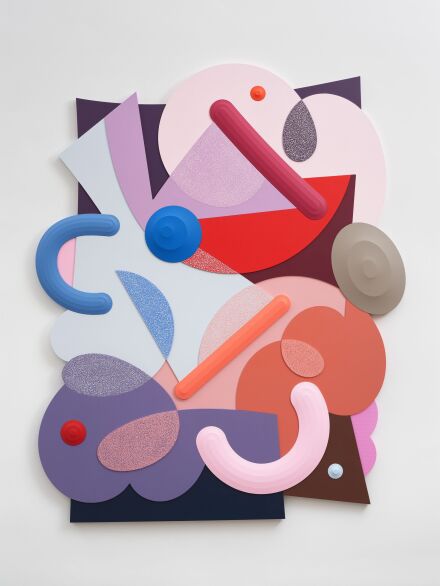 Marking a new iteration of his continued engagement with color, geometry and form, the New York outpost of Galerie Perrotin presents Daydream, a solo exhibition by artist Josh Sperling, organized across three floors of the gallery’s New York space, and on view April 28th through June 11th. The exhibition, Sperling’s largest, marks a return to key motifs in the artist’s practice, developed over the course of the last decade and re-articulated by Sperling in this new body of work. Additionally, in Daydream, the Ithaca-based painter will debut a new series, continuing his investigation into the material possibilities of color and form. 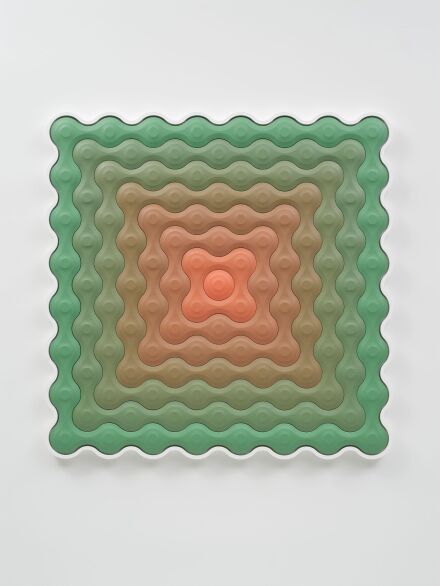 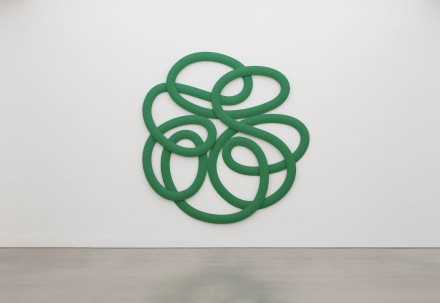 Sperling’s work is intuitive and expressive in its sense of color and movement, creating dense, interlocking lines that swirl in and out, twisting and turning across the walls of the space, including a few works that spiral across the walls, creating the impression of a free-roving doodle moving in three-dimensional space. In other works, he uses similar forms to create interlocking patterns, with whorls of color and oscillating scales of form creating a hypnotic body of work. His built-up canvases, stretched over precision-cut plywood supports that radiate outward, like the rings of a tree, protrude from the wall in limitless permutations, so that the picture plane not only extends into space, it makes space part of the deal. There’s a sense of freedom about them that’s totally hypnotic. 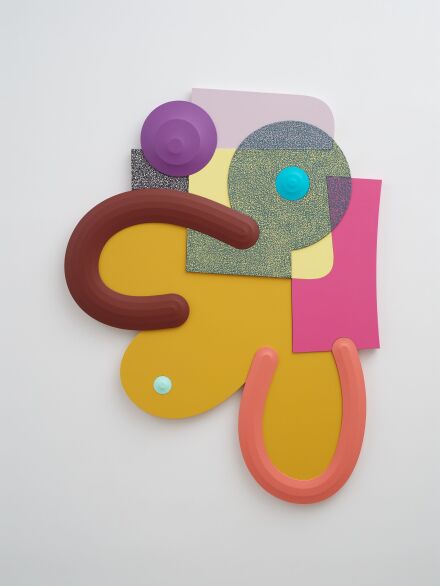 The artist’s work on view marks an impressive engagement with the history of the shaped canvas, of color field paintings, and the varied explorations of modernist art history, yet here applied in an attentive approach that puts each movement into a close and nuanced series of conversations. Using the assembled modes of practice in connection with the artist’s own attentive engagement with color and his own development of new pigments, the show illustrates Sperling’s conversations with art history and with his own continued exploration of shape and form. 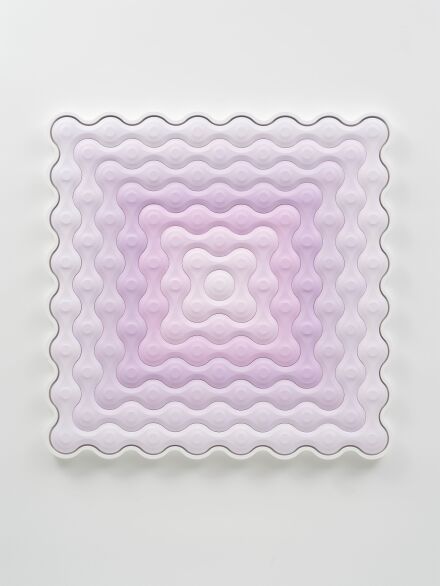 This entry was posted on Thursday, May 12th, 2022 at 12:00 pm and is filed under Art News, Featured Post, Show. You can follow any responses to this entry through the RSS 2.0 feed. You can leave a response, or trackback from your own site.