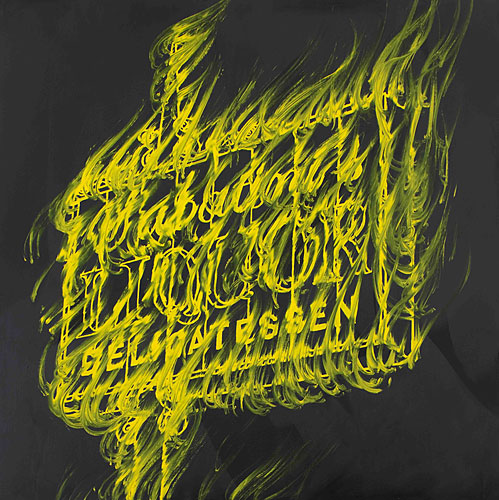 Armory Arts Week is on, running March 4th (press preview) through Sunday the 8th on Piers 92 & 94 (Twelfth Avenue at 55th Street). One of the world’s leading art fairs devoted exclusively to contemporary art since its introduction in 1999, The Armory Show – The International Fair of New Art (on Pier 94) is the main draw inviting visitors to both purchase and immerse themselves in the art of our times. Concurrently, The Armory Show – Modern (on Pier 92) is a new section dedicated to international dealers specializing in historically significant Modern and contemporary art.

In addition to the shows, an array of extended exhibitions and special programs are available to the public, as well as panel discussions, guided tours, open studios, visits to collectors’ homes, performances, and separate receptions hosted by a variety of cultural officials.

This year, Armory Week extends beyond the piers with Volta NY, an invitational show for emerging artists, as well as Satellite Fairs, including Pulse, Red Dot, Scope New York, the Bridge Art Fair, and the Art Now Fair.

In action to recover for damage to printing machinery while on high seas between England and United States under nonnegotiable or “straight” bill of lading, English Court of Appeal (Civil Division) applies English law and determines that such bill came within U. K’s Carriage of Goods by Sea Act of 1971.

International Law Update June 1, 2003 On August 25, 1924, the maritime nations meeting in Brussels agreed upon the International Convention for the Unification of Certain Rules of Law relating to Bills of Lading for the Carriage of Goods by Sea [51 Stat. 233; T.S. 931; 2 Bevans 430; 120 L.N.T.S. 155]. The parties intended it to regulate the minimum terms to govern international shipping contracts for carrying goods.

With some amendments, the Convention arose out of a set of standard rules negotiated at The Hague in 1922 for inclusion into bills of lading by contract. Coming to be called “the Hague Rules,” they applied only to contracts of carriage “covered by a bill of lading or any similar document of title.” Almost 80 years later, the import of that phrase remains surprisingly controversial.

“The effect of a negotiable bill of lading has been famously described by Bowen L.J. in Sanders v. Maclean (1883) 11 Q.B.D. 327 at 341 in this passage: ‘A cargo at sea while in the hands of the carrier is necessarily incapable of physical delivery. During this period of transit and voyage, the bill of lading by the law merchant is universally recognised as its symbol; and the indorsement and delivery of the bill of lading operates as a symbolical delivery of the cargo.” “Property in the goods passes by such indorsement and delivery of the bill of lading, whenever it is the intention of the parties that the property should pass, just as under similar circumstances the property would pass by an actual delivery of the goods … It is a key which in the hands of a rightful owner is intended to unlock the door of the warehouse, floating or fixed, in which the goods may chance to be.'” [ 1] In the present case, the shipper, Coniston International Machinery Ltd., of Liverpool (Coniston), consigned four containers of printing machinery to the claimant, J. I. MacWilliam Company Inc., of Boston, Massachusetts (MacWilliam). Vessels owned by, or demise chartered to, the defendant, Mediterranean Shipping Co. S.A., of Geneva (MSC), were to transport the machinery. The bill of lading issued by the defendant MSC to Coniston at Durban in December 1989 named MacWilliam as the consignee and declared that the bill was non-negotiable. That is, it was a “straight” bill of lading, so that delivery of the goods (rather than a mere endorsement of the bill) was usually required to transfer the goods. go to site bill of lading

One of defendant’s vessels, The Rosemary, carried the goods uneventfully from Durban, South Africa to Felixstowe, England. There they were discharged and later reshipped to their final destination in the United States aboard defendant’s vessel, The Rafaela S. En route across the Atlantic, however, the machinery was badly damaged and MacWilliam filed arbitration proceedings in England.

At arbitration, the issue arose as to whether the U. K.’s Carriage of Goods By Sea Act of 1971 (1971 Act) applied or its U.S. counterpart. By Section 1(3), the 1971 Act has the force of law “where the port of shipment is a port in the United Kingdom.” This led to the question of whether one contract of carriage or two governed the shipment from South Africa to Boston. If the 1971 Act did apply, then Section 1(4) (derived from art I(b) of the Hague Rules) had to be satisfied. It declares that the contract had to “expressly or by implication [provide] for the issue of a bill of lading or any similar document of title.” This led to the further question as to whether a “straight” bill of lading constituted a “bill of lading or any similar document of title” under the 1971 Act. The arbitrators held that a single contract of carriage governed the shipment and that, in any event, a straight bill of lading was not a “bill of lading” under the Act.

With leave, the claimant next appealed to the Commercial Court. There the judge concluded, contrary to the arbitrators, that there had been two separate contracts. On the other hand, the judge did uphold the arbitrators’ ruling that a straight bill was not a statutory “bill of lading,” and dismissed the appeal.

The claimant then appealed, urging that a straight bill of lading qualified as a “bill of lading” within Section 1(4) of the 1971 Act, and also within Article I(b) of the Hague Rules. The English Court of Appeal (Civil Division) allows the appeal and reverses the Commercial Court.

The Court first outlines the issues presented. “The business issue between the parties is whether the contract of carriage contained in or evidenced by the bill of lading prescribed a package limitation under the Hague Rules, the Hague-Visby Rules, or the U.S. Carriage of Goods by Sea Act of 1936 (USCOGSA).

The Hague-Visby Rules are an amended version of the Hague Rules, introduced by the Protocol signed at Brussels on 23 February 1968. It contains a more liberal package limitation. On the other hand, USCOGSA reflects the earlier limitation regime of the Hague Rules and would limit any recovery to US$500 per package.

Secondly, the appellate court decides whether the parties were acting under one shipping contract or two. “[The ‘through bill of lading’] clause, when read together with the relevant boxes on the front of the bill, does not provide for a single contract of carriage but for two separate contracts, one from Durban to Felixstowe and the other from Felixstowe to Boston.” “It may be true that MSC was entitled to arrange that second contract to be with itself, but that should not disguise the fact that such an arrangement must be viewed in exactly the same light as a new contract arranged through MSC’s agency with a different carrier. If the latter would be a separate contract with a separate port of shipment, then so must be the former arrangement.” “If it arranged on-carriage with itself, then there would be a single contract for a voyage from Durban to Boston, with transshipment at Felixstowe, and U.S. law and jurisdiction would apply under clause 2 and [the U.S.’s Carriage of Goods by Sea Act of 1936 (USCOGSA)] would apply under the penultimate sentence of clause 1.” “If on the other hand, MSC arranged on-carriage with another carrier, then the contract would only be for shipment from Durban to Felixstowe, not to the U.S., and London arbitration and English law would apply under clause 2, and there would be a port of shipment within the U.K. which, subject to the straight bill of lading issue, would also invoke the compulsory regime of the 1971 Act.” [ 21] In the Court of Appeal’s view, the contract that governed the carriage of the machinery from Durban to England was distinct from the agreement that controlled the shipment from England to the U.S. This means that there had been a “port of shipment” within England so that the lower court had correctly reasoned that the [English] Act applied.

Thirdly, the Court tackles the nature and effect of this hybrid bill of lading. It first holds that a straight bill of lading did constitute a “bill of lading” under the Hague Rules. These Rules dealt with the content of a carriage contract where the contract embodied in a bill of lading might turn out to affect the rights of a third party.

“It seems to me to be plain as a matter of common-sense but also on a review of the material cited in this judgment, that, in this connection, a named consignee under a straight bill of lading, unless he is the same person as the shipper, is as much a third party as a named consignee under a classic bill.” [ 136] In practical usage, the Court notes, the straight bill serves (like a “classic” bill) as a document against which payment was demanded and the transfer of which brought about a transfer of property interests in the cargo. The shipper, along with his bankers and insurers, desire the same protection as the shipper has under a classic bill.” “In addition the consignee itself and its insurers needed to have rights against the carrier in case of misadventure. The parties typically write the straight bill on the same form as an otherwise classic bill and mandate production of the bill on delivery of the goods. Moreover, a straight bill is in principle, function and form quite a bit closer to a classic negotiable bill than to a non-negotiable receipt. Article VI of the Rules seems to look upon the latter as “something far more exotic.” [ 139] A straight bill of lading also constitutes a document of title since it has to be produced in order to perfect delivery. Even without express language that requires production of a particular straight bill to obtain delivery, it is in principle a document of title. in our site bill of lading

“Whatever the history of the phrase in English common or statutory law may be, I see no reason why a document which has to be produced to obtain possession of the goods should not be regarded, in an international convention, as a document of title. It is so regarded by the courts of France, Holland and Singapore.” [ 143] As a final note, the lead opinion voices a complaint. “It seems to me that the use of these hybrid forms of bill of lading is an unfortunate development and has spawned litigation in recent years in an area which, for the previous century or so, has not caused any real difficulty. Carriers should not use bill of lading forms if what they want to invite shippers to do is to enter into sea waybill type contracts.” “It may be true that ultimately it is up to shippers to ensure that the boxes in these hybrid forms are filled up in the way that best suits themselves; but in practice I suspect that serendipity often prevails. In any event, these forms invite error and litigation, which is best avoided by a simple rule.” [ 146] Citation: J. I. MacWilliam, Co., Inc. v. Mediterranean Shipping Co., S.A., “The Rafaela S,” [2003] E.W.C.A. Civ. 556, [2003] All E.R. (D) 289 ( April 16) (Approved judgment).

This entry was posted on Wednesday, March 4th, 2009 at 4:48 pm and is filed under Art News, Auction Results, Events. You can follow any responses to this entry through the RSS 2.0 feed. You can leave a response, or trackback from your own site.