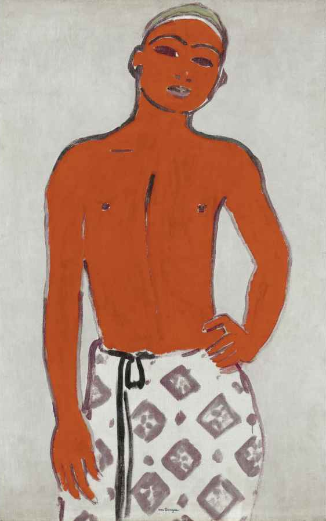 In contrast to the slim pickings made available to buyers at Christie’s Modern and Impressionist Evening sale on November 3, last night’s sale at Sotheby’s offered many iconic works that had bidders excited and which resulted in an auction that Simon Shaw, Head of Sotheby’s Impressionist and Modern Art Department in New York described as “a shot in the arm for the art market. A real vote of confidence.” The evening’s auctioneer Tobias Meyer, Sotheby’s Worldwide Head of Contemporary Art, commented that after all his time at Sotheby’s he had never seen such an active sale. And indeed it was, with a grand total of $181,760,000 over a high-end estimate of $163,600,000, this sale marked the first time since May 2006 that Sotheby’s in New York have exceeded their top estimate. 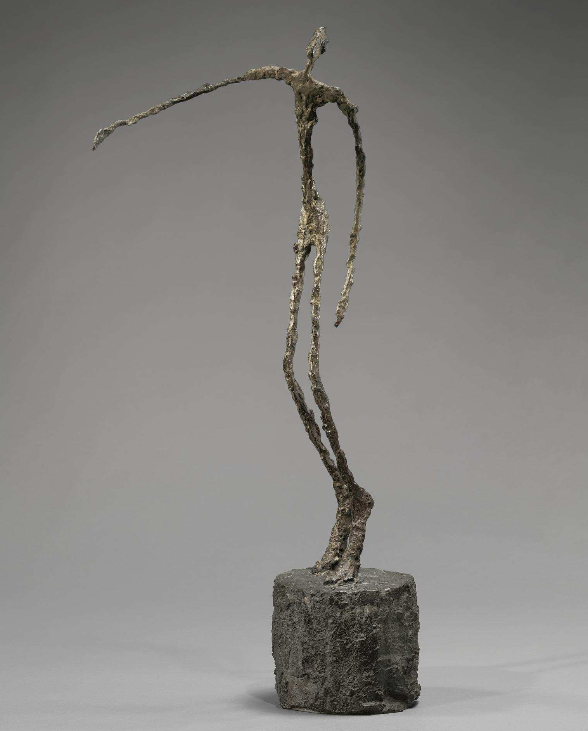 L’Homme qui Chavire, Alberto Giacometti – an instantly recognizable icon of the modern era cast in 1951. Sold for a remarkable $19,346,500.

More text, images, related links and video after the jump…. 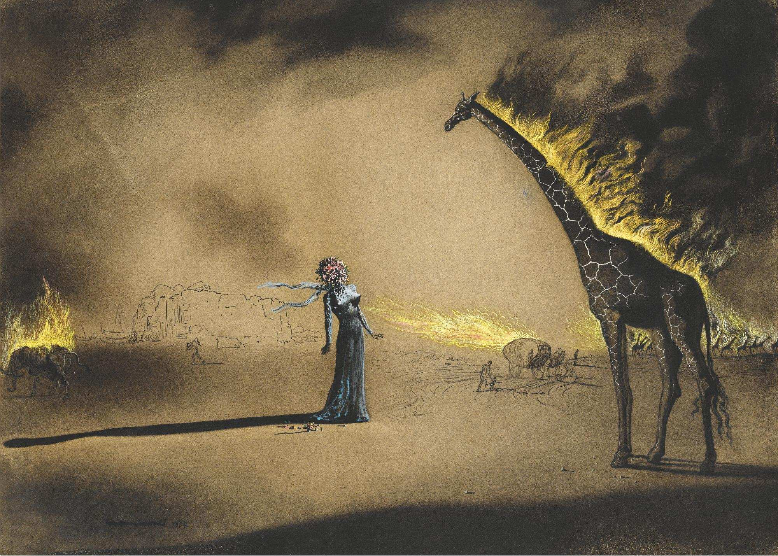 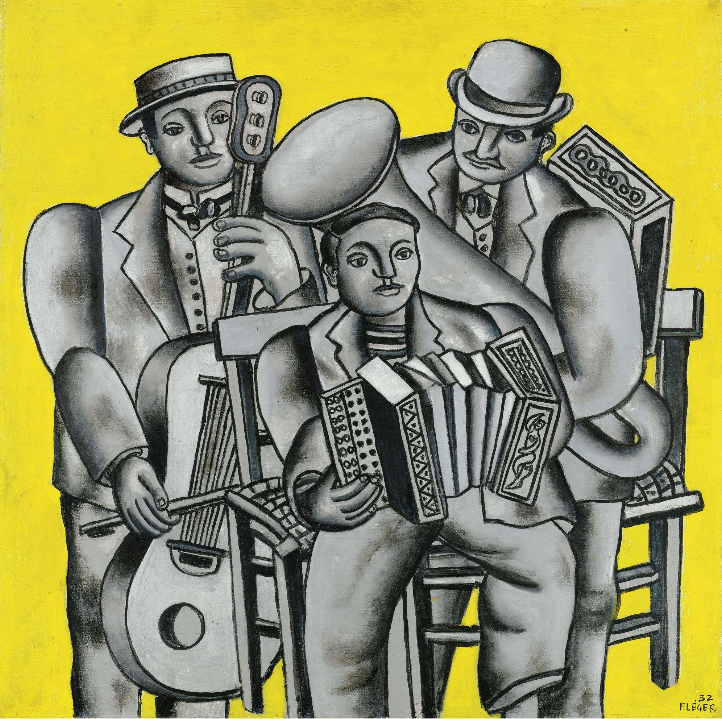 The exciting and vibrant tone of the auction was set almost immediately when the first lot of the sale, Salvador Dalí‘s Girafe En Feu, sold for $1.8 million – almost ten times the original estimate of $200,000. As we reported yesterday there is a strong market for Dalí paintings, but no-one seemed prepared for the fast and furious series of bids that arose when this piece to the crowd which ended in a record-breaking price for a work on paper by the artist which previously stood at $1,141,732.

This was not the only record by medium set for an artist last night – Marino Marini’s, Grande Teatro, a stunning and monumental painting in which Marini’s favorite subject of horse and rider is combined with a theatrical setting, knocked out the previous record set in 2000 of $733,965, when it sold for $1,482,500. 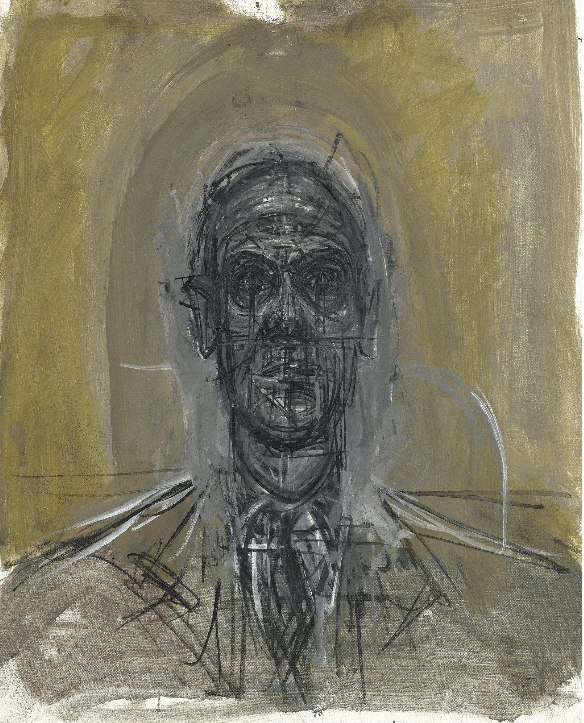 Buste d’Homme, Pablo Picasso (1969) among the top ten lots of the night it was one of Picasso’s greatest monumental interpretations of the musketeer. It sold for $10,386,500.

The total of Sotheby’s auction nearly tripled the Christie’s result. 84.8% of the works on offer were sold, with five of those works fetching in excess of $10 million. Emmanuel Di-Donna, Vice Chairman of Sotheby’s Impressionist & Modern Art Department Worldwide, reflected on the success of the auction, “when you have the right property, such as the iconic work by Giacometti which made $19.3 against a high estimate of $12 million, you get fireworks.” This sentiment was echoed by Simon Shaw, Head of Sotheby’s Impressionist and Modern Art Department in New York, “we wanted to put together a sale with works that were not just of great quality but were also presented with attractive estimates. I think the great depth of bidding we saw this evening is a testament to that strategy.” 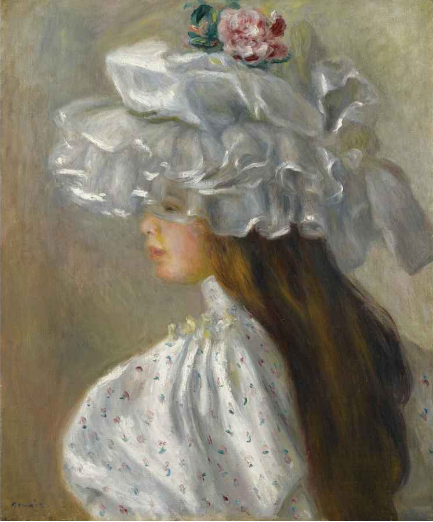 While records were being broken on bidding for Modern masterpieces, it is clear demand continues for classic Impressionist works, as evidenced by the fantastic results achieved for seven paintings from the Durand-Ruel Family Collection. Encompassing works by a number of the Impressionist masters that the legendary art dealer Paul Durand-Ruel represented – Pierre-Auguste Renoir, Camille Pissarro and Alfred Sisley, many of which had not been exhibited since the 1950s – together the collection totaled at $18.9 million, well above the high estimate of $12.6 million.

Krass und Mild (Dramatic and Mild), Wassily Kandinsky (1932), one of the greatest Bauhaus-period works to have appeared at auction in decades, achieved $10,610,500 over an estimate of $6/8 million

While Christie’s representatives were very firm that the art market is still in recovery, Meyer joined his colleagues in asserting that the art market is very much alive,“we saw an extraordinary depth of bidding at all levels tonight, from $350,000 all the way up to $12 million. Sometimes I couldn’t keep up with all of the people who were consecutively and simultaneously bidding. There was participation from America, Europe and across Asia – it was an incredible thing to experience.”

ArtObserved are set to continue our auction season coverage next week when the Contemporary sales kick-off on Tuesday, November 10, at Christie’s, Sotheby’s and Phillips de Pury & Company.

This entry was posted on Thursday, November 5th, 2009 at 6:17 pm and is filed under AO On Site, Auction Results. You can follow any responses to this entry through the RSS 2.0 feed. You can leave a response, or trackback from your own site.