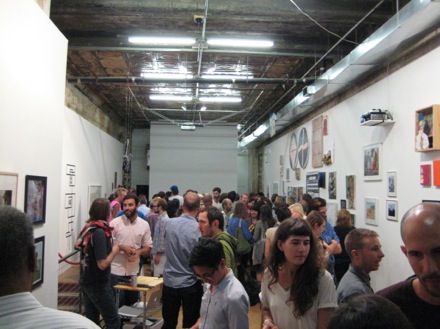 In the 1960’s and 1970’s, New York witnessed a group of particularly daring and passionate artists, institutions, and commercial galleries emerge as sites of discourse about the production and exhibition of art, film, music, performance, and theater. Exit Art, the Filmmaker’s Cinématèque and Jonas Mekas, Paula Cooper Gallery, P.S.1 and Alana Heiss, Barbara Gladstone Gallery, Marian Goodman Gallery, George Maciunas and the Fluxus group, the Wooster Group, and many others, devised brilliant strategies for funding, producing, and displaying art in a difficult moment in New York’s history, when the real estate climate was arguably even more hostile than it is today. The contributions of these innovators were profound and historic, and deserve to be acknowledged in the context of our current cultural predicament.

Over the subsequent forty years, a divide has developed between the heirs of these original non-profit spaces, those organizations who are able to exist and exhibit work based solely on donations, and the commercial gallery sector; corporate entities which, in theory, fund their operations through sales of the artworks they show. Any group that hopes to be successfully established within this economic system must adhere by its basic tenant: that one chooses to be either an institution or a gallery.

In response to this particular limitation, an interesting question has arisen about the future of art spaces, whether non-profit or commercial, in New York: How can one be neither? At what moment must one define itself as one or the other? What is the tipping point between commercial enterprise and activist non-profit endeavor? And, is it possible to sustain a viable position is the chasm in between?

The Collective Show, which recently concluded its run at Participant, Inc., itself neither traditional public institution nor commercial gallery, addresses these questions by organizing a group of collaboratives, artists, and publications that have, for the most part, not yet taken a position as either an institution or commercial enterprise. Organizations like 179 Canal, Kunstverein, the jogging, YES, Primetime, Forte, The Bruce High Quality Foundation University, and Brooklyn’s The Public School operate outside of the traditional corporate definitions that New York enterprises often choose. 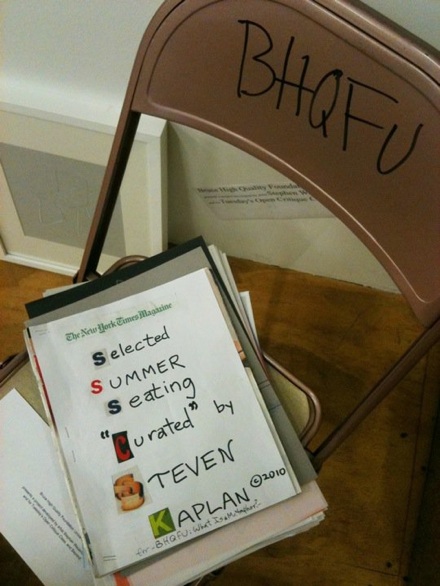 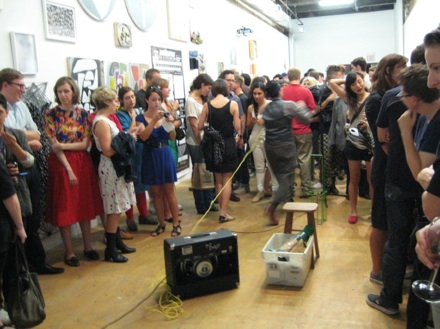 While packed, the resulting exhibition remains devoted to its project, without the administrative and marketing concerns of more explicitly polarized institutions and galleries. The class registration forms of The Public School, across from Kunstverein’s presentation – a vitrine exploring notions of gender by artist Kathryn Garcia, next to a film program exploring a similar theme organized by curator Sarvia Jasso, with contributions by Genesis Breyer, P-Orridge and Manon, among others, all speak to the playfulness in this grouping, heightened by the unconventional structures of the organizations involved. 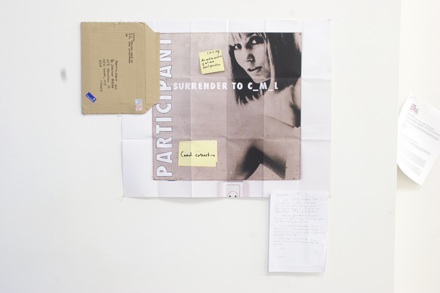 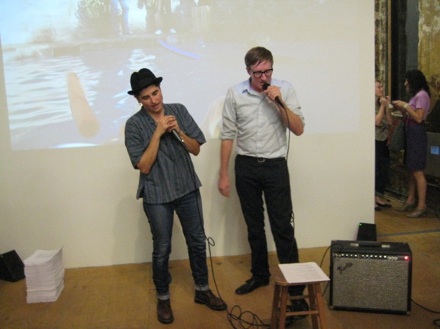 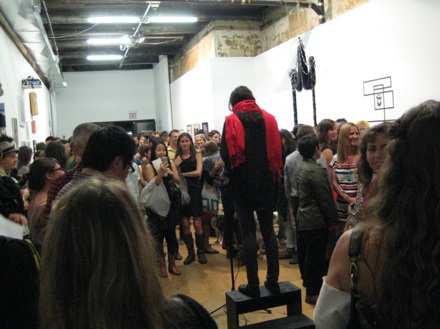 Where Collective Show truly succeeds is in the asking. While a practical, sustainable conclusion is yet to be drawn, it provides both visibility and venue for the discussion in demand. What is possible outside of an institution? Are we obliged to abide by the rules established by a group of artists, curators, dealers, and writers who were reacting in their own time to an establishment  by introducing a new one? And, most importantly, how can this cycle be stopped? Should it be stopped?

Or, as the exhibition proposes, is now an appropriate time to assess this emergence of evasive definitions in the formation of something new? 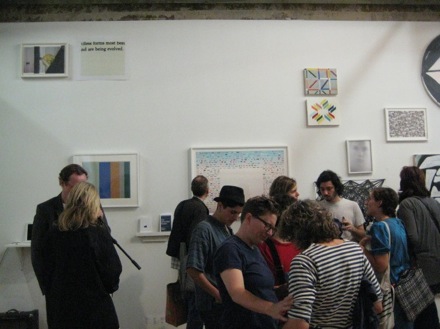 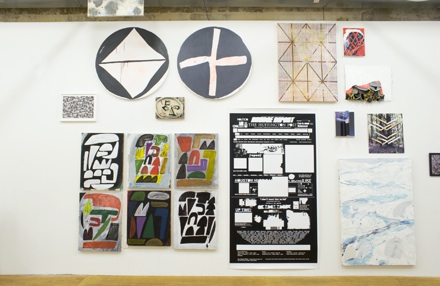 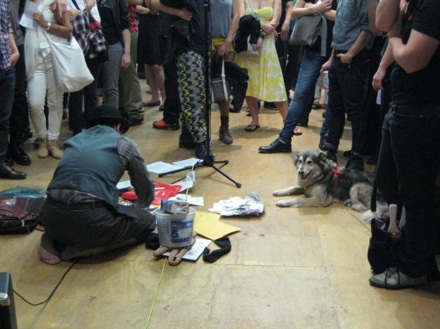 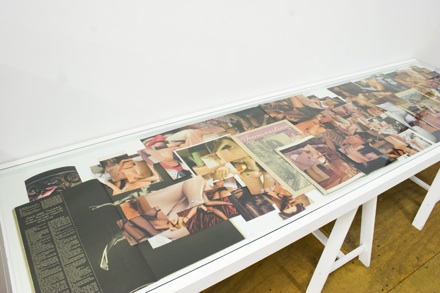 -This guest editorial was contributed to Art Observed by a co-organizer and participating artist of Collective Show.

This entry was posted on Friday, October 1st, 2010 at 2:08 pm and is filed under Art News. You can follow any responses to this entry through the RSS 2.0 feed. You can leave a response, or trackback from your own site.

One Response to “AO Guest Editorial (With Video): Collective Show at Participant Inc., September 15 through September 26, 2010”