The Philosophy of Andy Warhol (From A to B and Back Again)
(Andy Warhol, 1977)
Read More and Buy↠
Home » AO on Site, with video – New York: Rob Pruitt and the Public Art Fund unveil “The Andy Monument” at Union Square, March 30th, 2011 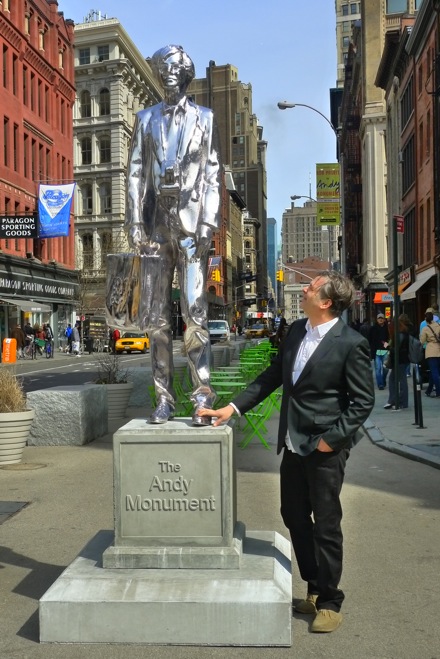 Today at the northwest corner of Union Square, Rob Pruitt unveiled his latest work, The Andy Monument, in partnership with New York’s Public Art Fund. The nearly 10-foot tall sculpture is a chrome tribute to the seminal figure of Pop Art and major cultural influence in 20th century New York City history. Situated at the pedestrian intersection at 17th Street and Broadway, it is just steps from the site of Warhol’s former studio space, the “Factory.” 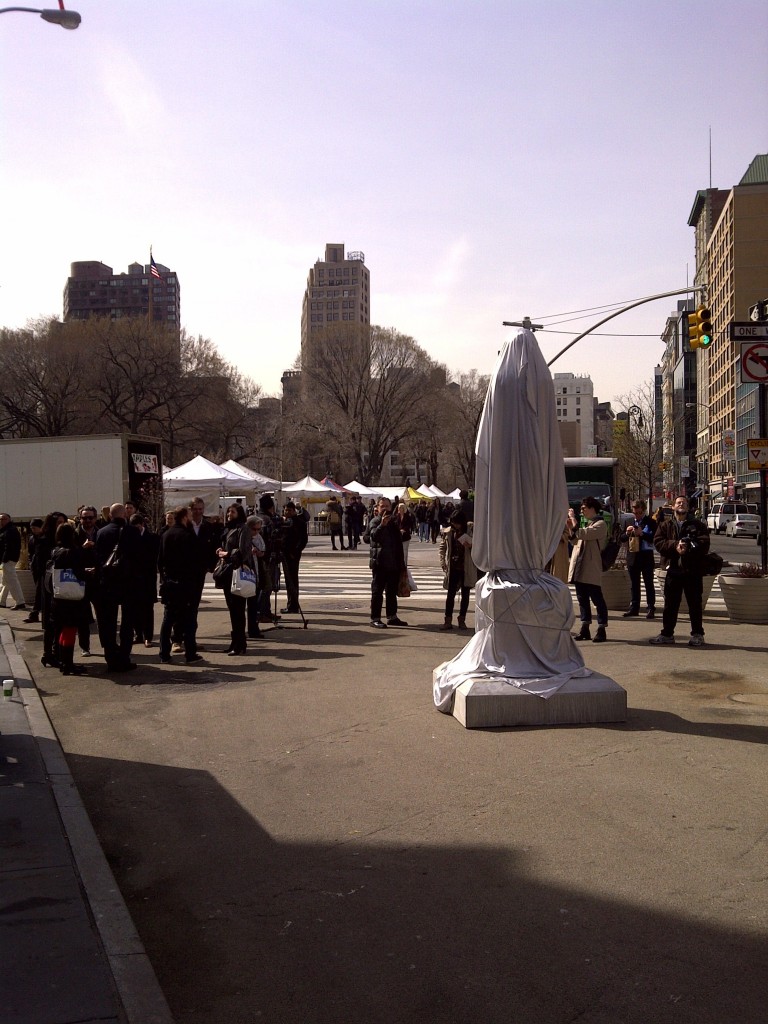 Wearing a Brooks Brothers’ suit and holding a Bloomingdale’s shopping bag, the sculpture of Warhol is recreated from Rob Pruitt’s own memory and imagination. Warhol was known to carry shopping bags with copies of Interview magazine to hand out to interesting people he would encounter on the street. The work itself is made from a fiberglass inner and coated with industrial automotive chrome. In an interview with Art Observed, Rob Pruitt emphasized the choice in commonplace materials. “It’s important to me for it to be a cast concrete base. Often in these classical monuments, it’s a marble or a granite base. I thought that the combination of the chrome and the poured concrete was very ‘Andy’—mass production. I could imagine a long line of these bases coming off of an assembly line,” the artist said. Pruitt also revealed that the model for the piece was a collector friend similarly named Andy, from whom he cast 3D renderings for the body dimensions. To sculpt the face, the artist looked to countless photos and images of Warhol. 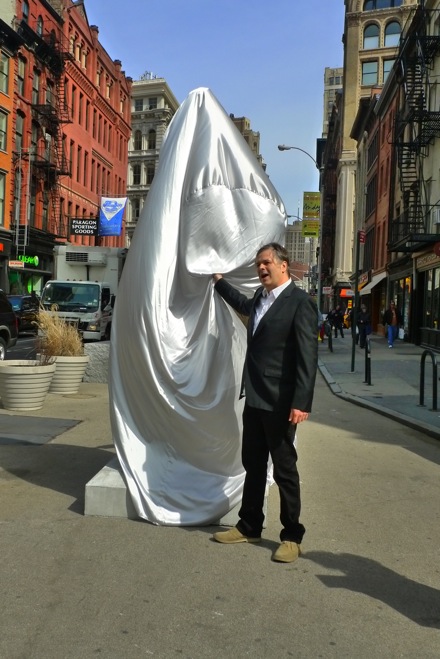 The artist said that the idea had been in his head for about 10 years and, following the Public Art Fund’s agreement in October 2010, began working on the sculpture immediately. At the public unveiling, the artist thanked Mr. Warhol and the Public Art Fund for allowing the realization of his first public art project. The Andy Monument will be on view through October 2. 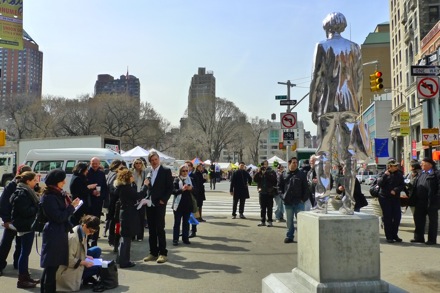 The Andy Monument receives its first audience as the artist Rob Pruitt looks on.

This entry was posted on Wednesday, March 30th, 2011 at 2:22 pm and is filed under AO On Site, Art News. You can follow any responses to this entry through the RSS 2.0 feed. You can leave a response, or trackback from your own site.