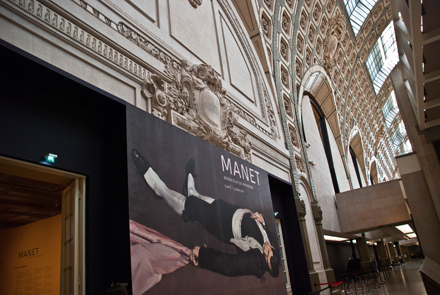 All images by Caroline Claisse for Art Observed.

“Manet, the Man Who Invented Modernity,” is currently on view at the Musée d’Orsay in Paris.  This is Édouard Manet‘s first ever solo retrospective at the museum, and his first in France after almost 30 years. Since a 1983 show at the Grand Palais, which marked the 100th anniversary of the artist’s death, appreciation of his biography and boundary-breaking impressionism has been reshaped.

During his lifetime, Manet was a widely known and chronicled personality.  Poet Théodore de Banville described him as a “laughing blonde,” considered a charismatic Casanova who frequented cafes. Renowned impressionist painter Edgar Degas once fought with him so bitterly that Manet slashed a gifted work- the story goes that Degas forgave him for being so charming. Manet died of syphilis in 1883, following a prolific 20-year career.

The title of the exhibition derives from the evolving time period and controversies that pervaded Manet’s work and life. A lifetime Parisian, he immersed himself in depicting the everyday personalities of both the fashionable and eccentric societies. The contradiction between high fashion and political upheaval is reflected in the of-the-moment, albeit unconventional, methods of painting that Manet experimented with, rejecting formalism in favor of parallel burgeoning movements: brushstroke-dictated Impressionism and emotion-infused Romanticism.

The exhibition is designed around 12 questions, as based in stylistic elements and evolution of the artist’s life. The first, “The Couture School,” approaches Manet’s bittersweet experiences with teacher Thomas Couture. “The Baudelaire Moment” focuses on the camaraderie between Manet and a nurturing Baudelaire, and the artistic points of contention are explored in “On the Future of Christian Art” and “From the Prado to the Alma,” which touch on Manet’s flirtation with Romanticism, as influenced by Fra Angelico. Then, “The Promises of a Face” and “Impressionism Trapped” reveal the aesthetic and personal conflicts of Manet’s experiences with the salons and Impressionism. The later works in “1879 – A Turning Point”, “Less is More?”and “The End of the Story?” conclude with Manet’s ultimate fascination with the odd characters of the everyday- his vision of modernity was cemented with the revelation of reality.

Manet’s many phases are innumerably significant, rich with artistic creation and evolution. In 1865, his painting Olympia was so shocking at the Paris Salon that it almost induced rioting.  The daring work was a turning point, both in the artist’s own career and the art historical moment. In its shock value, Olympia is audaciously meaningful. Challenging the system helped to reshape it, and thus reinterpret the concept of modernism onward. 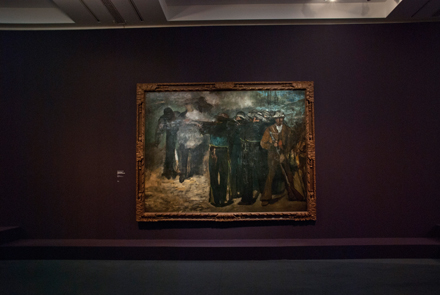 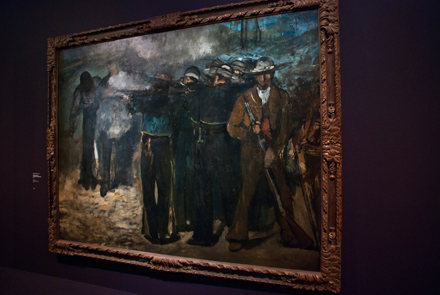 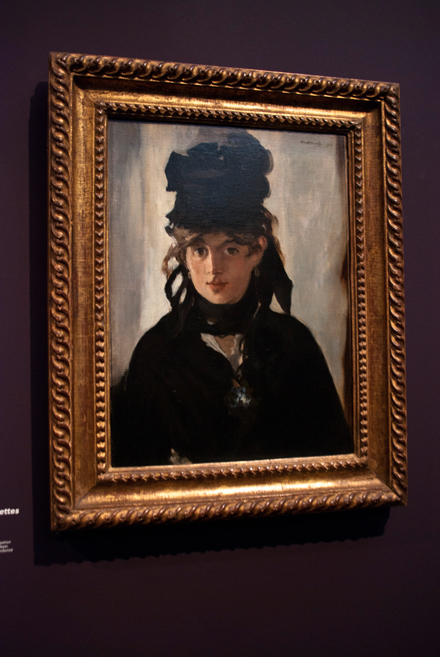 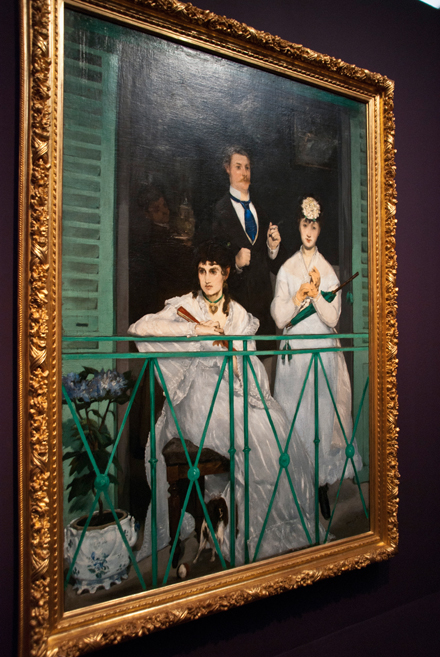 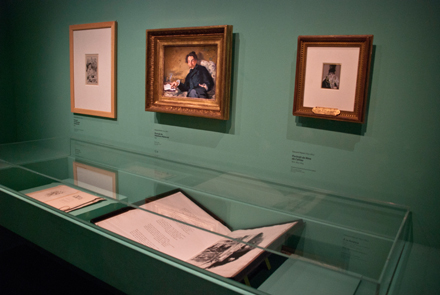 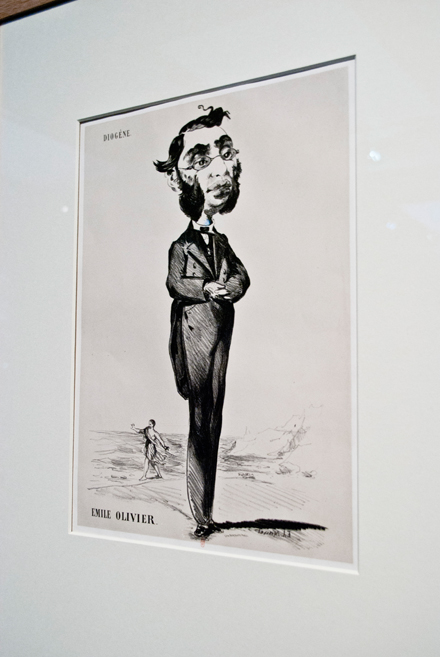 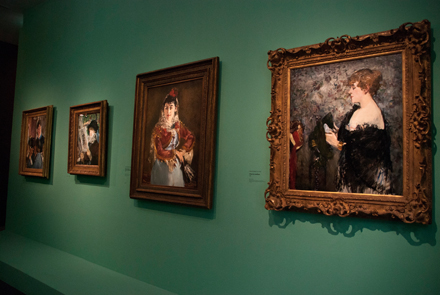 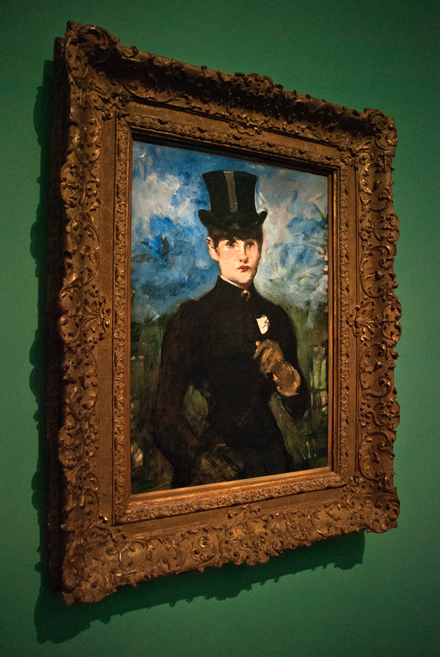 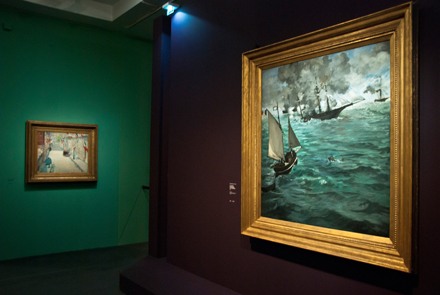 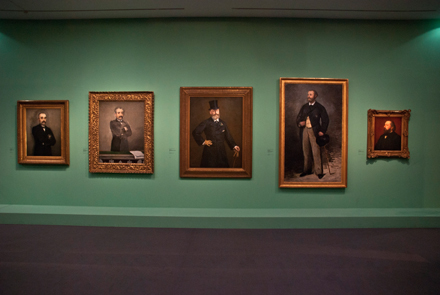 This entry was posted on Saturday, June 25th, 2011 at 12:01 am and is filed under AO On Site, Go See. You can follow any responses to this entry through the RSS 2.0 feed. You can leave a response, or trackback from your own site.