AO On Site – New York: Paul McCarthy ‘The Dwarves, The Forests’ at Hauser & Wirth through December 17, 2011 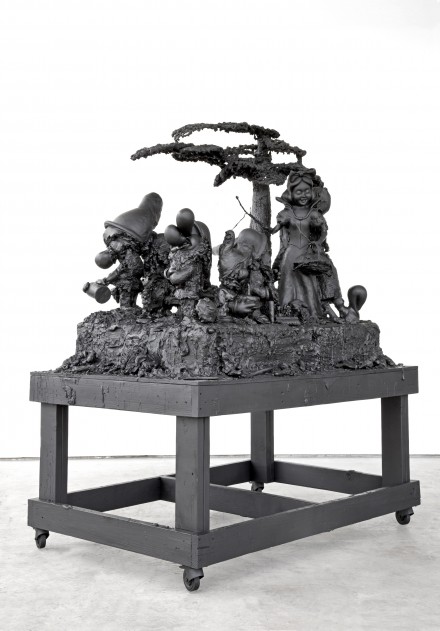 Multimedia artist Paul McCarthy brings fairy tales to Hauser & Wirth‘s New York gallery space in a second installation of the series. Works included in “The Dwarves, The Forests” are based on the drawings that made up the 2009 show “White Snow.” The exhibition series will continue, as Hauser & Wirth’s Andrea Schwan tells Art Observed, with a third installation, in which pieces from “The Dwarves, The Forests” will serve as sets for video art, to be hosted by the gallery sometime in 2013.  On view until December 17, “The Dwarves, The Forests” includes pieces cast in bronze and wrapped in gauze, and one, White Snow and Dopey, Wood (2011), that is McCarthy’s first wood sculpture. 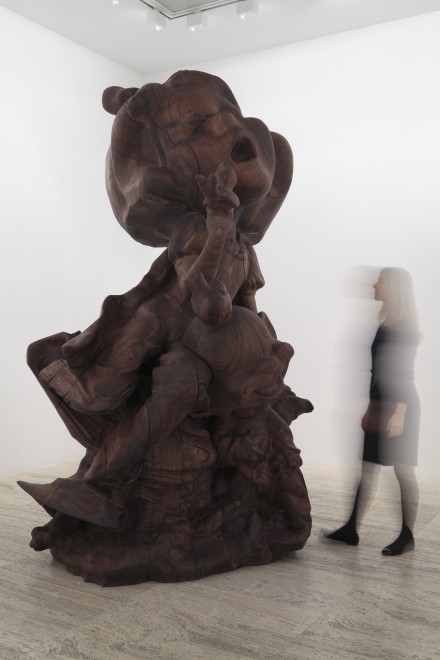 More images, story, and related links after the jump… 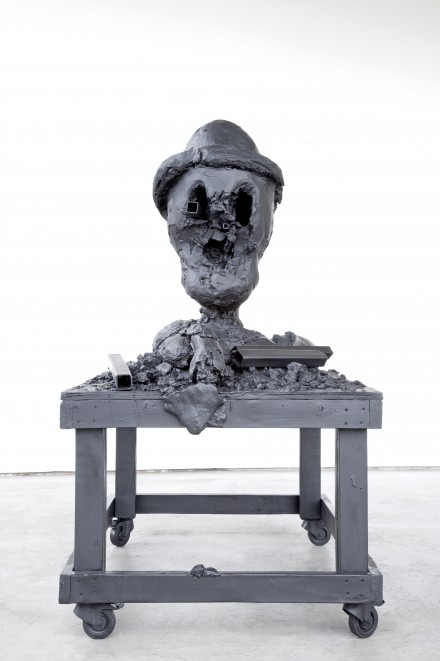 Like “White Snow,” which literally flips Snow White’s name, “The Dwarves, The Forests” twists familiar tales—or, in this case, a familiar cast of supporting characters. The dwarf heads modeled after drawings from “White Snow” are misshapen and riddled with holes, their bases mobile and on wheels, the bronze melted down only after the sculpture is “wrecked.” In this fairytale, beginning with “White Snow” (or earlier, with Snow White), there are holes and (literally) unfinished business, bronzed work tools that incorporate the artist explicitly into the story and miniature canons that create a battleground of dialogue. 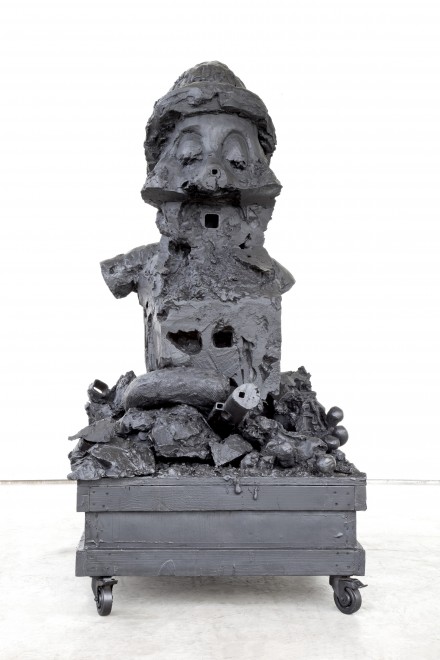 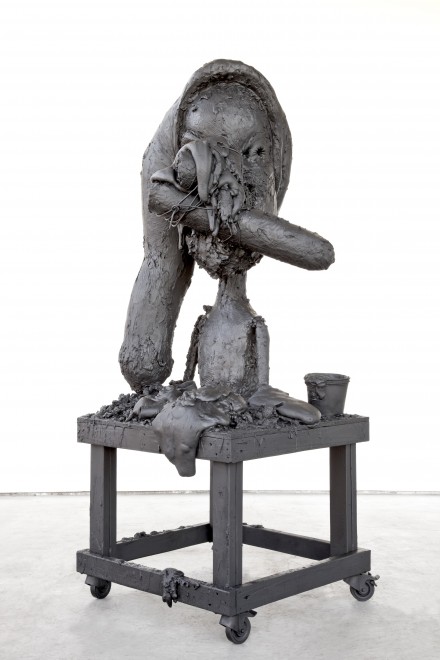 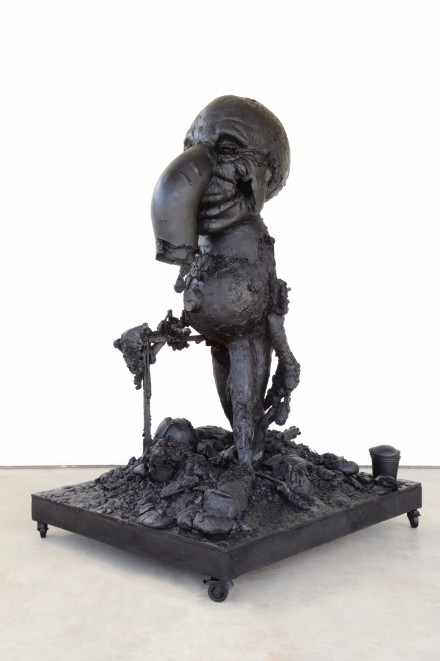 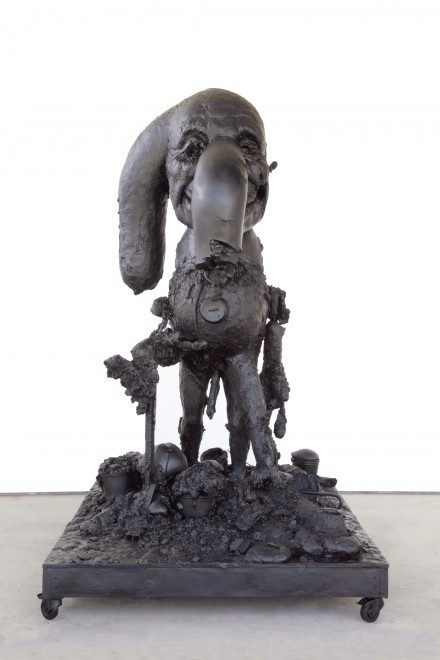 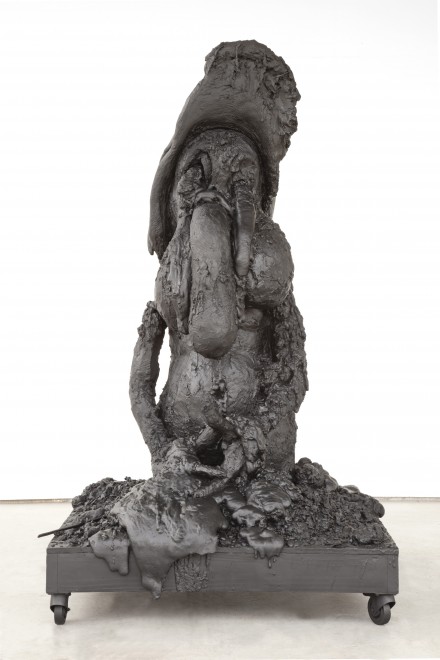 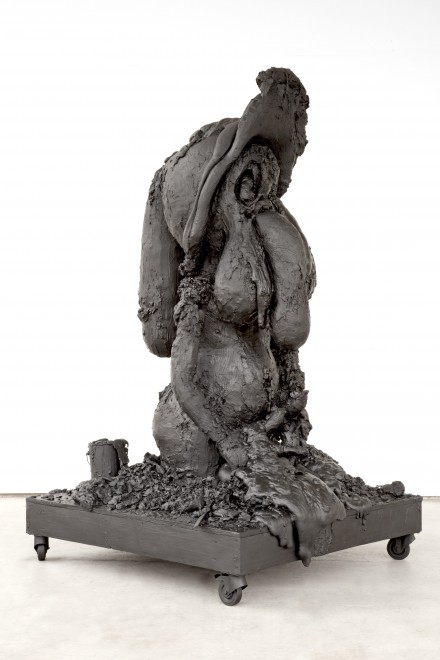 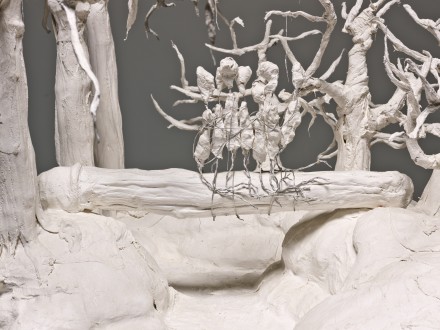 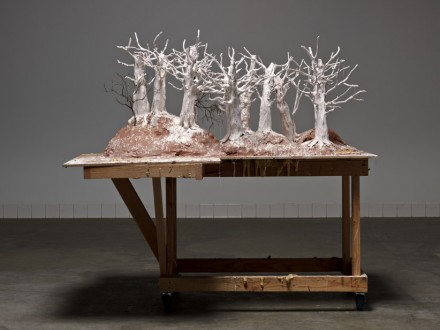 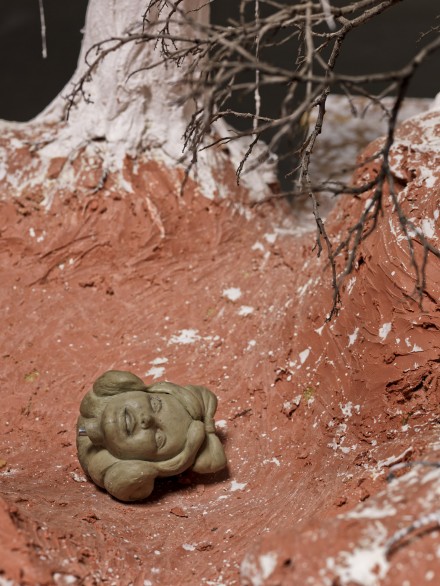 Born in Salt Lake City in 1945, Paul McCarthy studied at the San Francisco Art Institute and at the University of Southern California. Represented by Hauser & Wirth, McCarthy has had solo exhibitions in museums, galleries, and festivals around the world, including Fondazione Nicola Trussardi, Milan; De Uithof, Utrecht; New York’s own Whitney Museum of American Art; Moderna Museet, Stockholm; Whitechapel Gallery, London; and more. McCarthy is currently based in Los Angeles.

Below: more images from “The Dwarves, The Forests,” © Paul McCarthy. Courtesy the artist and Hauser & Wirth. 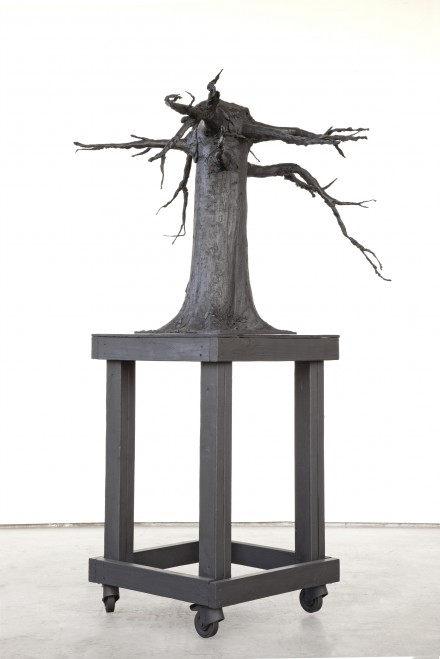 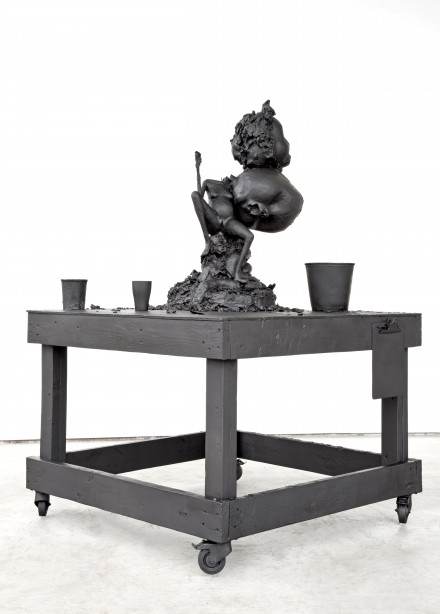 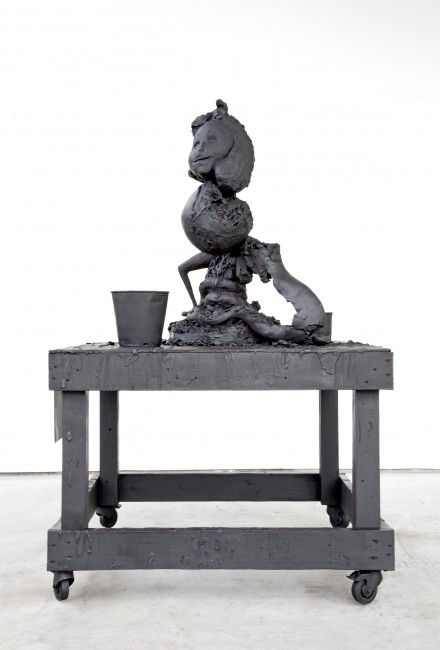 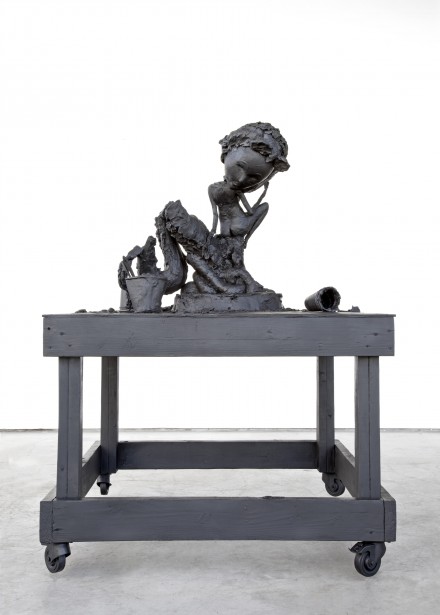 This entry was posted on Wednesday, December 7th, 2011 at 2:49 am and is filed under AO On Site, Art News, Go See. You can follow any responses to this entry through the RSS 2.0 feed. You can leave a response, or trackback from your own site.