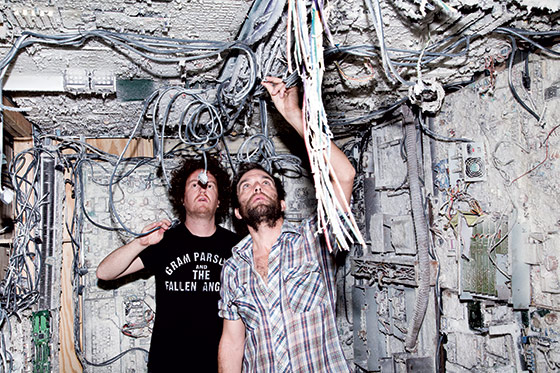 Artists Jonah Freeman and Justin Lowe will transform Chelsea’s Marlborough Gallery into a “junkyard fantasy” as part of their latest project, which hosts a grimy subterranean world with elements of sci-fi and squalor, described by Freeman as the debris after “some horrible event had happened and everyone had to evacuate.” Since their breakout work, Hello Meth Lab In The Sun, in 2008, (beginning in Marfa, reiterated in Art Basel Miami and Deitch projects in New York) shows of varying edginess have followed. “Shadow Pool: A Natural History of the San San International,” held at Hollywood Forever Cemetery, was the pair’s most recent solo venture.

This entry was posted on Wednesday, September 5th, 2012 at 12:24 pm and is filed under Art News, Events, Galleries. You can follow any responses to this entry through the RSS 2.0 feed. You can leave a response, or trackback from your own site.

One Response to “AO Newslink”