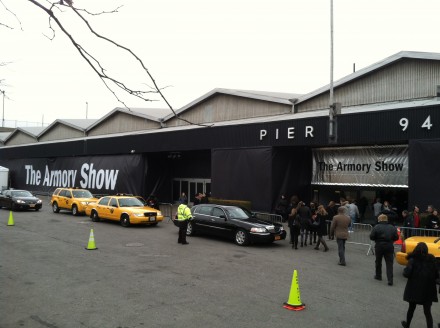 The View from Outside The 2013 Armory Show

The doors opened this morning on the 2013 edition of the Armory Art show, welcoming press and VIP’s into the massive exhibition halls of Piers 92 and 94 on the waterfront of New York City’s Hell’s Kitchen neighborhood.  It was a special year for New York’s biggest annual art event, marking the 100 year anniversary of its namesake, the 1913 exhibition that welcomed the European avant-garde to American shores, and gave many their first glimpses of Marcel Duchamp, Matisse and Edvard Munch, among many others. 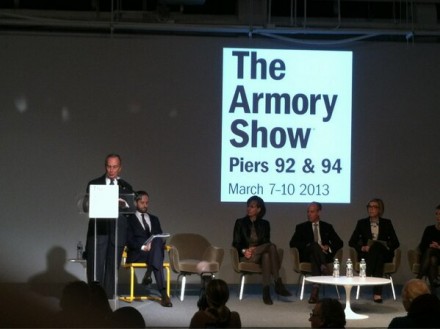 The current edition of the fair has seen somewhat of a marked decrease in exhibitors and artists on view.  Citing a move towards a more “boutique” experience, the 2013 Armory Show has decreased the number of exhibitors to 214 this year, split between the fair’s two piers, and has increased the emphasis on larger exhibitions, special installations and projects.  However, even with the more focused look of the 2013 fair, one could not ignore the absence of many larger galleries, including Mary Boone, White Cube and others, perhaps due to the ever-growing list of art fairs world wide, and even the increasing number of events held in conjunction with the Armory Show. 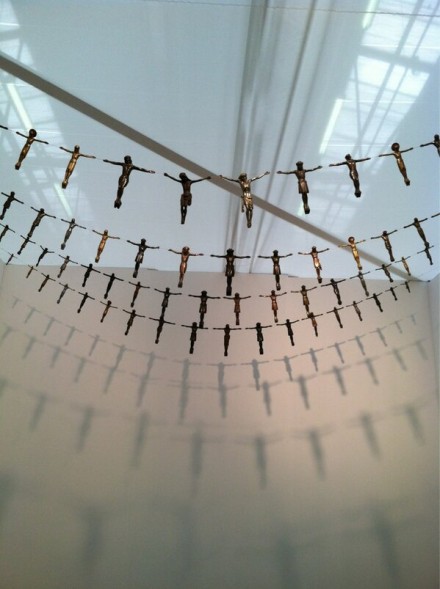 Even so, many major galleries have shown up with an ample selection of new works available, particularly Lisson Gallery, whose packed booth included works by Cory Arcangel, Anish Kapoor, Tony Cragg and more.  Sean Kelly Gallery has also brought out a number of big names, showing Marina Abramovic’s Hi-Definition update on her earlier work, “Self-Portrait,” alongside works by Antony Gormley and Los Carpinteros.  Other major galleries seem content to focus on the work of a single artist.  Gagosian Gallery is devoting their entire exhibition space to a selection of juxtaposed works by Pop Art master Andy Warhol, combining Warhol’s self-portrait wallpaper with some of his camouflage screen prints and a selection of framed works.  The exhibition gives an impression of a temple to Warhol’s works, allowing them to enter into a dialogue with each other.  Nearby, David Zwirner focuses on three wall-mounted LCD panel pieces by artist Diana Thater, allowing her video works to command the full extent of the gallery’s prime real estate on Pier 94. 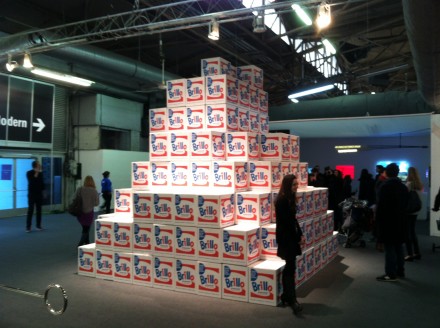 Even so, the 2013 fair has a fair number of surprises in store.  Jack Shainman Gallery’s booth was frequently packed during the VIP preview, with attendees flocking to see a new knit sculpture and video piece by artist and musician Nick Cave, and a remarkable rope sculpture by Vibha Galhotra.  In another corner, Other Criteria combined a selection of recent works by Damien Hirst, including sculptures, spin paintings, butterfly pieces; alongside several of Mat Collishaw’s “Last Meal on Death Row” photographs.  Combining the two artists’ unique takes on death and humanity, the works provide one of the most understated but captivating sections of the show.  Galleria Continua from Beijing is also presenting a strong booth, with works by Ai Weiwei and Michael Pistoletto, among others. 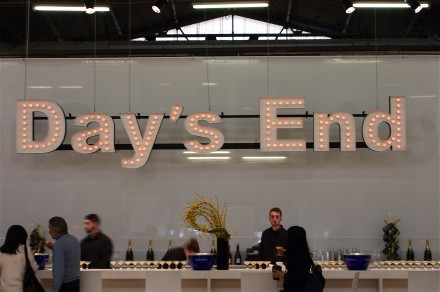 In another section of the fair, Sies and Höke gallery offered one of the most popular pieces on view, Kris Martin’s “Festum,” a series of crucifixes strung side by side in a series of ascending arcs.  Blurring the line between profane and beautiful, the shadows cast by ornamental icons filled the small enclave it was hung in, leaving a lasting impression on the viewer.  Also of particular note was Eva Presenhuber’s stellar but carefully selected lineup of works, including paintings by Jay DeFeo and Carroll Dunham, and a striking cannon sculpture by Valentin Carron. 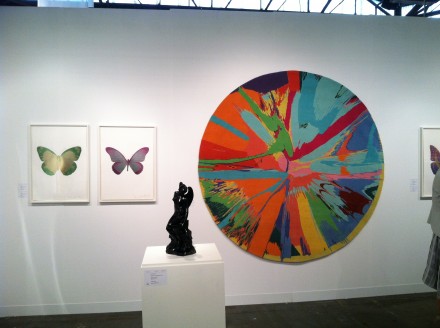 But for pure imagination, one has to look no further than the installation by artists Sverre Bjertnes and Bjarne Melgaard at the Rod Bianco Gallery booth.  Creating a hyper-kinetic homage to gallerist Mary Boone, the duo floods the gallery’s space with paintings, mannequins, caricatures and sculptures that border on obsessive devotion to the New York dealer.  Equal parts comical, bizarre and disturbing, the selection of works caught many viewers completely off guard. 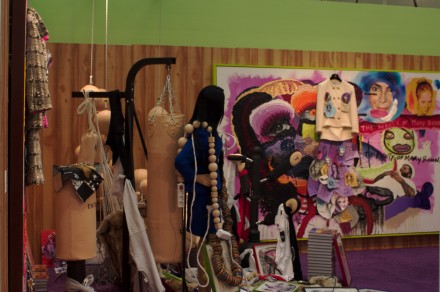 The fair also offers a fitting look back at the past 100 years of the avant-garde, modern and contemporary art.  Francis Nauman’s booth presented a selection of works paying homage to Duchamp’s infamous Nude Descending a Staircase, perhaps the most cited work of the original Armory show, including a bizarre maquette by Wim Delvoye for his work Twisted Double Dump Truck Staircase.  In another section near the entrance, artist Charles Lutz‘s Brillo Box Warhol pyramid allows interested viewers to take away a box of their own. Attendees could be seen walking the expanse of the pier, carrying a little bit of Warhol with them. 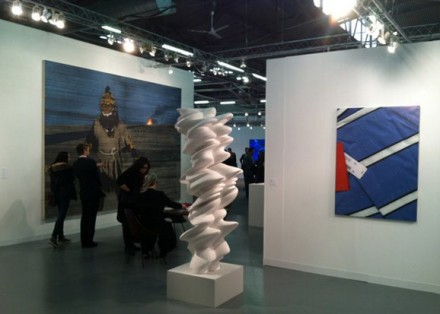 Also of note is this year’s Armory Focus, a curated selection of galleries and exhibitions presenting a broad view of contemporary gallery practice across the United States.  Running from the Gagosian’s unique presentation of Warhol’s work to Lincoln Schatz’s striking work The Network (a selection of videos and photographs of talking heads hauntingly juxtaposed over each other), to the hyper-colorful full booth installation by Assume Vivid Astro Focus at Susanne Geiss. 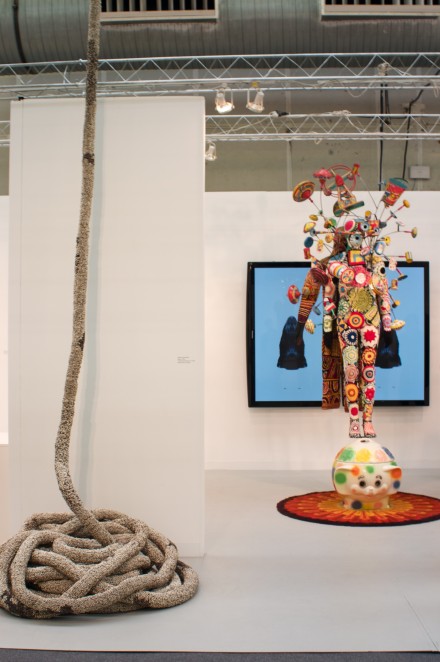 As always, the fair also includes its fair share of public installations, panel discussions, performance works and other public engagements.  Visitors are greeted at the entrance to the festival with a massive installation by INVISIBLE-EXPORTS’s Cary Leibowitz, reading “I Need To Start Seeing a Therapist,” a fitting mantra for the hectic days of exhibitions and sales ahead.  The Armory Show is also presenting a special collaboration with artist Liz Magic Lazer, who designed the ubiquitous staff sweatshirts for the event, filled with facts and figures for the event, as well as a selection of tote bags, reminding guests of the $24,000 price tag for a booth at The Armory Show, and the sales-driven motives of the galleries on hand. 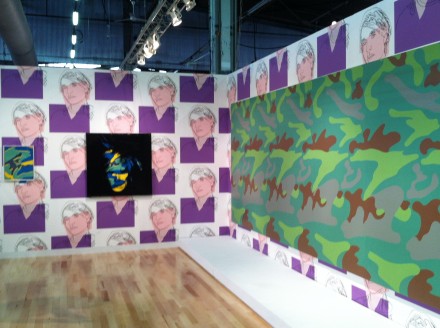 Gagosian Gallery (Installation View), with a number of Warhol Prints

With the close of the first day, many dealers were already reporting strong sales across the field, with several galleries all but selling out before the conclusion of the VIP preview.  It was a fitting start for an art fair with a reputation like that of The Armory Show, underlining its continued prominence in the global art calendar, and showcasing its reputation as the crown jewel of the New York Art Market. 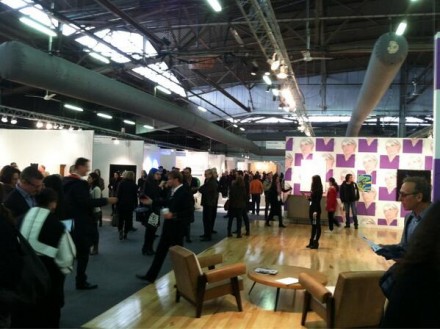 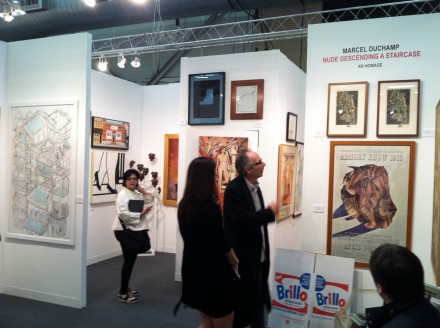 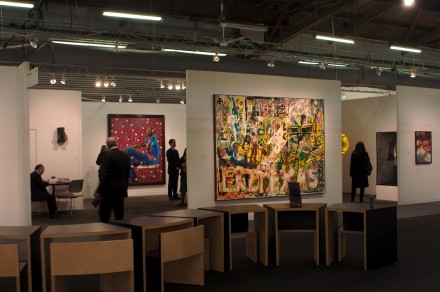 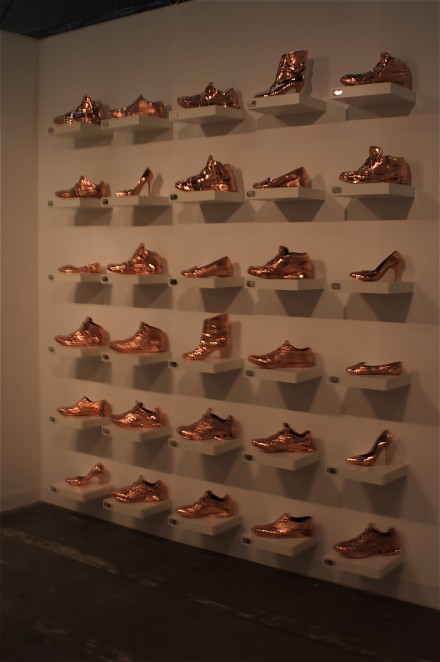 Kendall Carter, WE (2012) at Monique Melouche 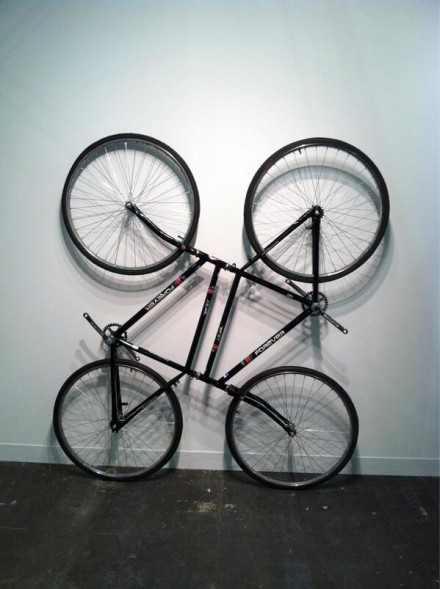 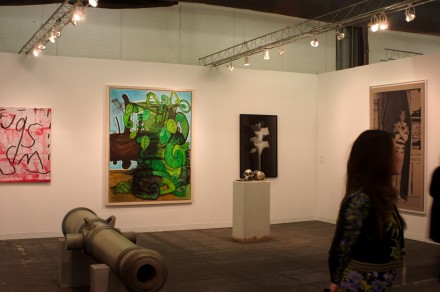 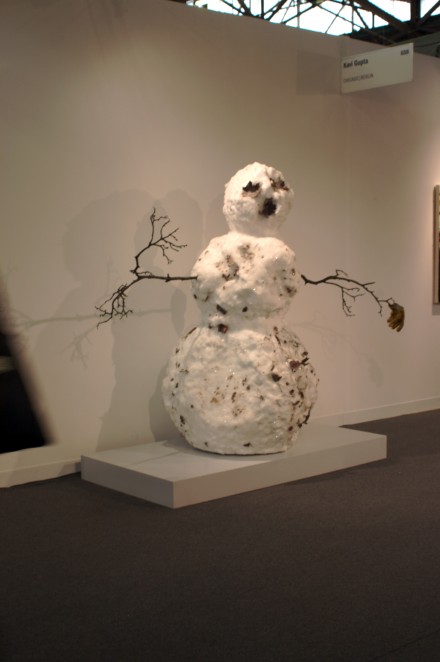 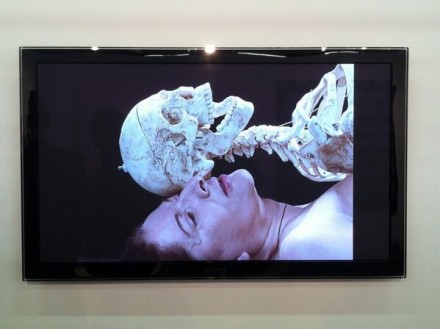 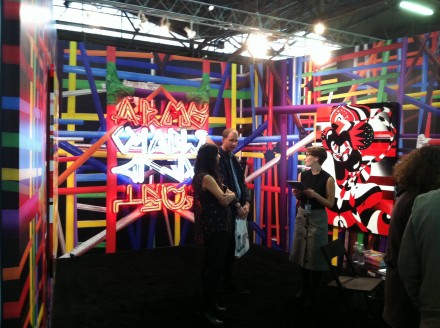 All photographs by Ross Maddux and Daniel Creahan for ArtObserved

This entry was posted on Friday, March 8th, 2013 at 12:03 am and is filed under AO On Site, Art News, Events, Go See. You can follow any responses to this entry through the RSS 2.0 feed. Both comments and pings are currently closed.