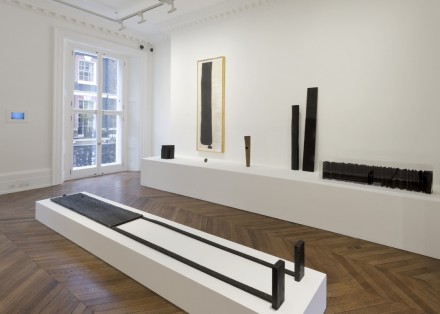 Early Works and “The Angel,” currently on view at Michael Werner Gallery in London, exhibits major works from the late sculptor and performance artist James Lee Byars.  Combining a selection of the artist’s early sculptural works, painted scrolls, and performative objects with the impressive glass sculpture “The Angel,” the show provides an interesting look into the artist’s formative influences and practices.  The gallery is an apt location for this collection, as Michael Werner, the German art dealer and gallery’s namesake, historically had close ties with Byars, as well as his contemporary, Joseph Beuys. 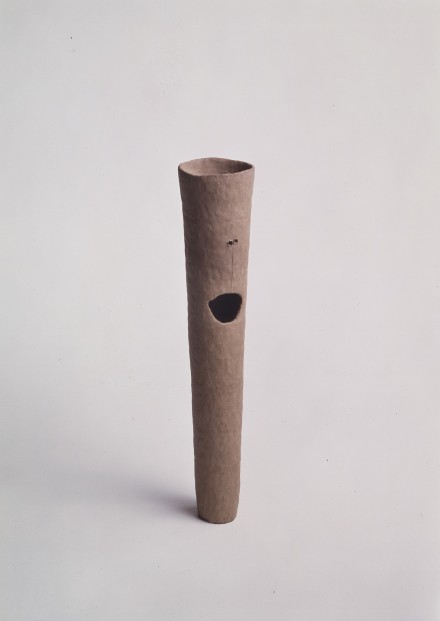 James Lee Byars was born in Detroit in 1932 and presented his first museum exhibition in 1958 in a stairwell of New York’s  Museum of Modern Art. During his life, Byars also exhibited throughout Japan, Europe and the United States until his death in 1997. In the past decade, posthumous exhibitions of Byars’s works have been held at several prominent institutions such as Whitney Museum of American Art (2005) and the Kunstmuseum Bern (2008) .  A selection of Byars’s late marble sculptures were included this past February at ARoS Kunstmuseum, Århus, Denmark, as part of the exhibition Klein Byars Kapoor. 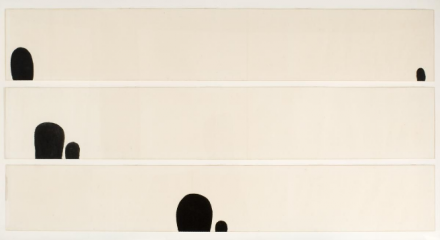 Divided into two parts, the exhibition traces Byars’s aesthetic arc, exploring his affinity to Japan and his career long inquiry into figuration and the pursuit of perfect from.  In the first gallery, the gallery focus on Byar’s almost decade long period during the late 1950s-1960s working and living in Japan. His exposure to the country’s rituals and formalities had a lasting influence on his art practice and the materials he chose to work with.  In Japan, Byars began to experiment with ceramic, stone, paper and wood, cultivating his individual approach to the human form developing his artistic vocabulary. 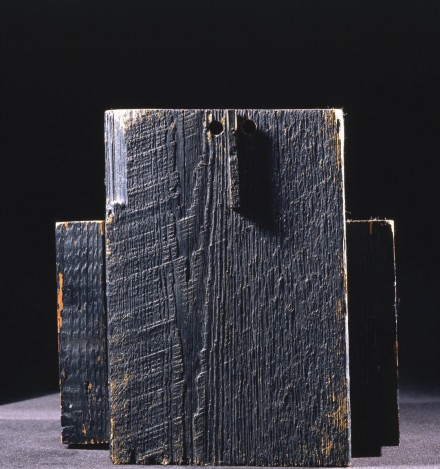 Jumping ahead thirty years, the second room hosts The Angel, one of the artist’s most celebrated sculptures. This dramatic work is comprised of 125 hand-blown glass globes, made in Venice, and took over a year to complete. Each sphere, blown from a single breath, are laid out and organized into an abstracted looping figure that recalls the Japanese kanji character for “man”. 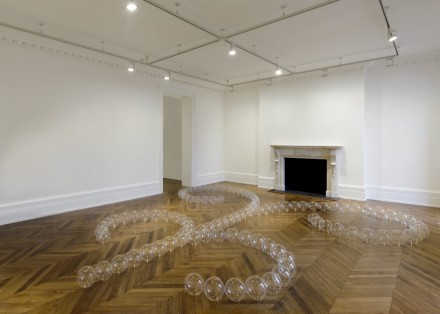 Establishing ties between Byar’s early Japanese influences and the refined, polished nature of one of the last works of his life, Early Works and The Angel establishes a powerful tie between the bookends of Byar’s artistic life, and offers a new perspective on the growth of the influential American artist. The show closes on March 16th. 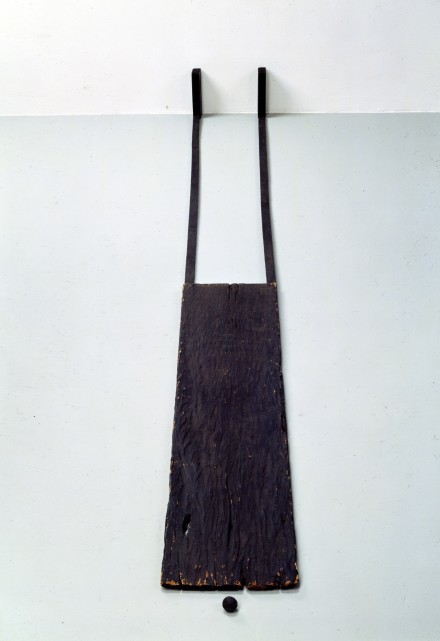 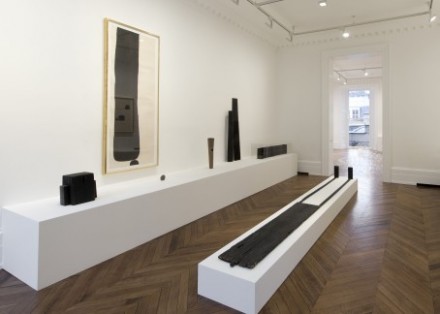 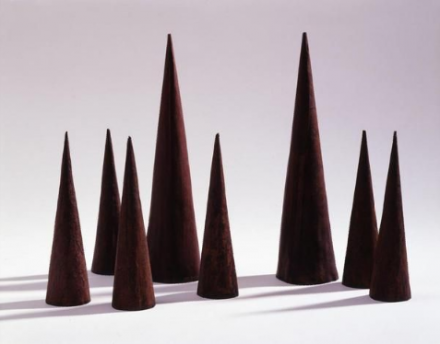 This entry was posted on Saturday, March 9th, 2013 at 11:39 am and is filed under Art News, Go See. You can follow any responses to this entry through the RSS 2.0 feed. You can leave a response, or trackback from your own site.