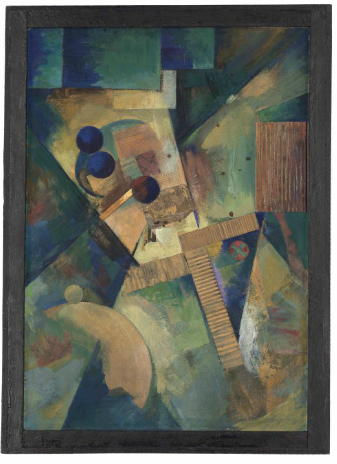 The Impressionist and Modern Evening Sales concluded Tuesday evening, capping a pair of sales that saw impressive prices on a number of works without pushing any major new records for artists at auction.

The highlight of the week came Monday at Sotheby’s, when Monet’s Nymphéas, one of his iconic Water Lilly paintings achieved an impressive price of $54.1 million, effectively doubling the work’s presale estimate, and setting a minor record as the second highest-priced Monet work at auction.  The work’s large scale and masterful strokes of color made for a strong bidding option, and prices quickly escalated on the work before selling to an American telephone bidder. 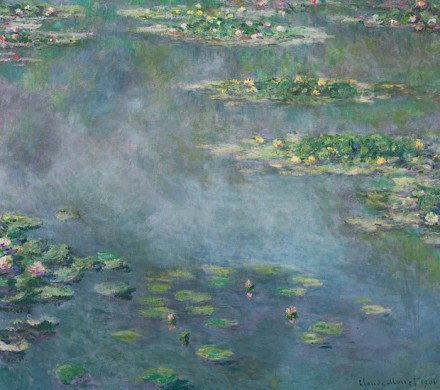 The rest of Sotheby’s auctions continued in the same vein, with a number of works finding highly priced final results without reaching any new auction records. Piet Mondrian’s Composition with Red, Blue and Grey finished at an impressive $25,795,602, falling inside its $22 to $30 million estimate.  Picasso’s Portrait de Femme also performed as expected, falling just below its high estimate for a final price of $9.07 million.  At final hammer, the auction house had achieved $207,875,707 in sales, well over its $146 million high estimate, with 42 of 46 lots finding a home.  The sale was boosted by the inclusion of works from the estate of Jan Krugier, which brought in a combined $46 million, constituting almost a quarter of the auction’s final value over 17 works. 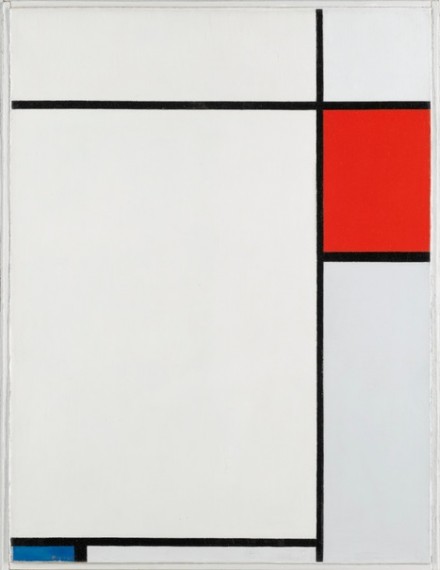 Piet Mondrian, Composition with Red, Blue and Grey (1927), via Sotheby’s

The auction sales continued at Christie’s last night, where the auction house saw less marked results after several auctions in a row of impressive, groundbreaking results.  The sale failed to even meet its pre-sale low estimate, ultimately bringing in a final tally of $146 million, with 20 of the sale’s 60 lots failing to find a buyer, among them the sale’s cover lot, Giacometti’s Le Main.  Sales were markedly subdued over the course of the evening, and few works managed to reach far outside of their initial estimates.  Perhaps the only exception was Kurt Schwitters’s Ja – Was? – Bild (‘Yes-What?-Picture’), which set a new auction record for the artist with a final sales price of $23,777,791.  Originally estimated at $6,812,000 – $10,218,000, the work saw brisk bidding, eventually settling at over double its original price.

The auction sales will continue next week with the Contemporary Evening Sales. 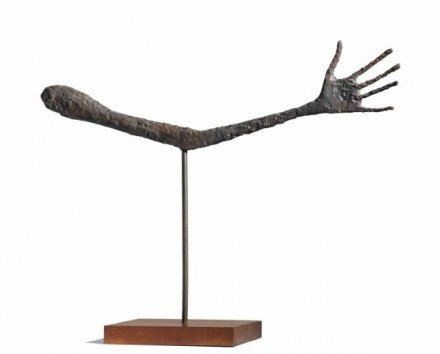 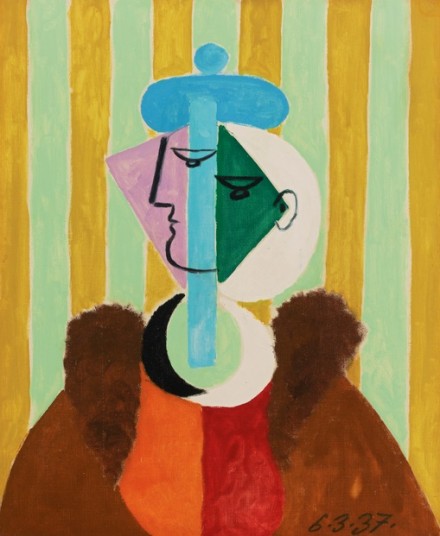 This entry was posted on Thursday, June 26th, 2014 at 1:17 am and is filed under Art News. You can follow any responses to this entry through the RSS 2.0 feed. You can leave a response, or trackback from your own site.