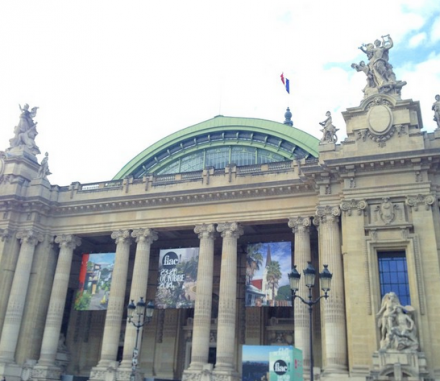 Outside the Grand Palais for FIAC, all photos via Art Observed

As the doors to one fair close, another set has opened on the opposite side of the English channel.  Paris’s FIAC is now in full swing after opening its VIP preview yesterday at the Grand Palais, packing in guests to view the fair’s deep selection of works from Europe and abroad. 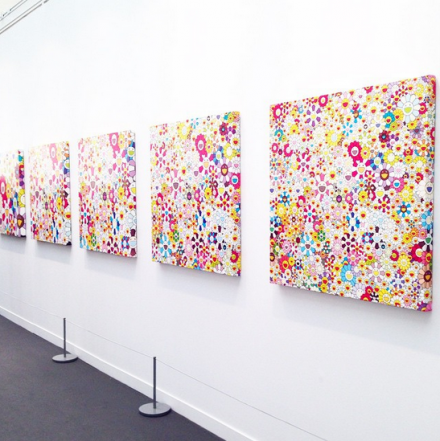 The growing impact of FIAC in the global fair calendar could clearly be seen during the opening hours of the event.  The fair has continued to grow both in scope and diversity.  This year’s 191 gallery selection features a primarily European stock of exhibitors and artists, but an increased presence by non-European dealers was certainly tangible.  While over a quarter of the galleries on hand were French, while U.S. sellers were close behind with 45 galleries. 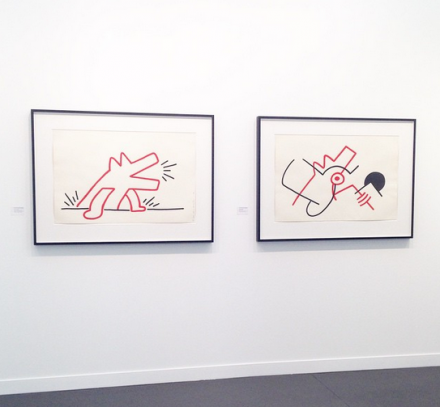 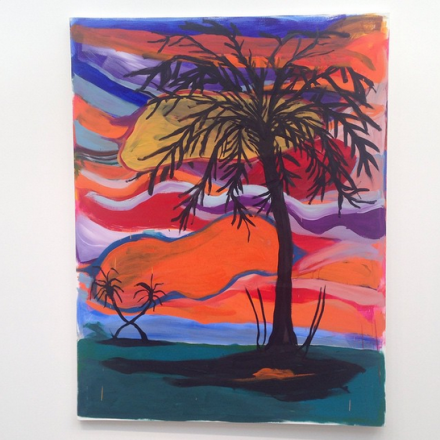 The selection of works also seemed to favor the predominantly French buyers, with a more restrained, formal set of selections in comparison with some of the more unique elements that Frieze dealers embraced to woo customers.  Lisson Gallery in particular had a markedly more subdued exhibition space than in the prior week, with works focused around early conceptual and minimalist practice.  David Zwirner also went for a series of critically vaunted artists, featuring pieces by Yayoi Kusama, Carol Bove, and Isa Genzken.  Nearby, White Cube was devoting its full booth to a series of works by Gary Hume, while another art fair favorite, Olafur Eliasson was on view at neugerriemschneider’s booth with another one of his shifting, rotating mobile sculptures. 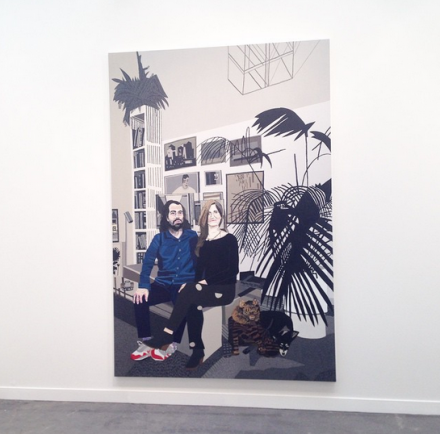 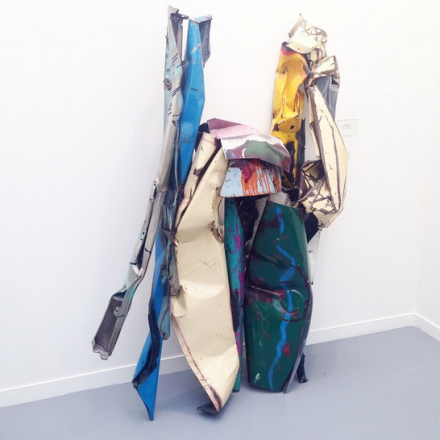 John Chamberlain at Gagosian for FIAC

Hauser and Wirth has given over the full expanse of its booth to the works of Roni Horn, including some of the artist’s enormous poured glass works, while over at another end of the hall, Gallery Yvon Lambert (closing at the end of the year) was in the process of its last victory lap among its French collectors and buyers.  It’s list of artists was a fitting tribute to the gallery’s impact over the years, featuring work by Sol LeWitt, Louise Lawler, Douglas Gordon and Jenny Holzer, among others.  Skarstedt also had a strong opening to the event, selling a Mike Kelley Memory Ware work for over $1 million.  Downtown staple Reena Spaulings was also on hand, showing work by Ken Okiishi (coming off his Whitney Biennial inclusion) and Klara Liden. 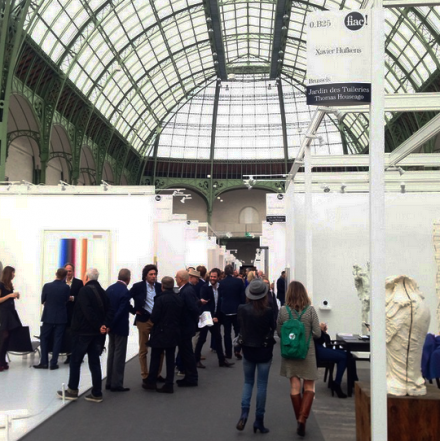 Inside the Grand Palais for FIAC 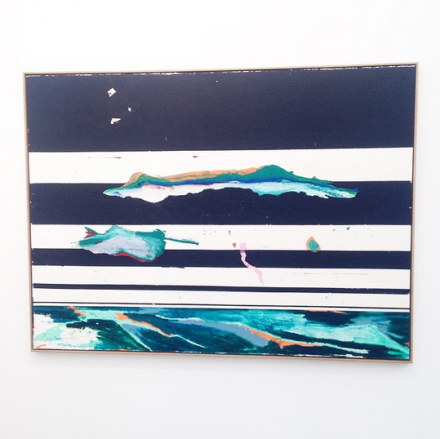 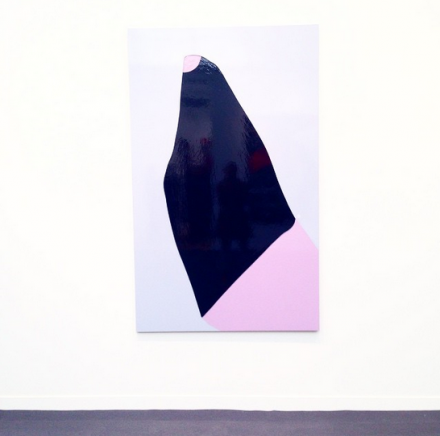 This year also sees the opening of OFF(ICIELLE), the fair’s newly minted off-site event for up and coming galleries and artists, located in the 13th Arrondissement at the recently completed City of Fashion and Design complex.  The 68 gallery list included some unexpected surprises, including a remarkable booth from Kavi Gupta featuring the work of Angel Otero, and a series of peculiarly evocative assemblages and sculptures at The Breeder. 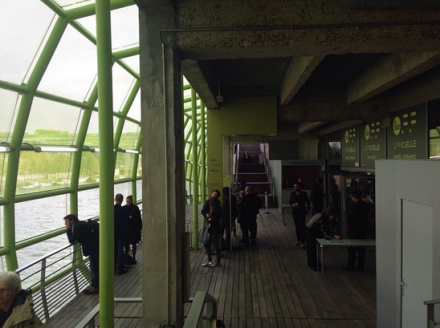 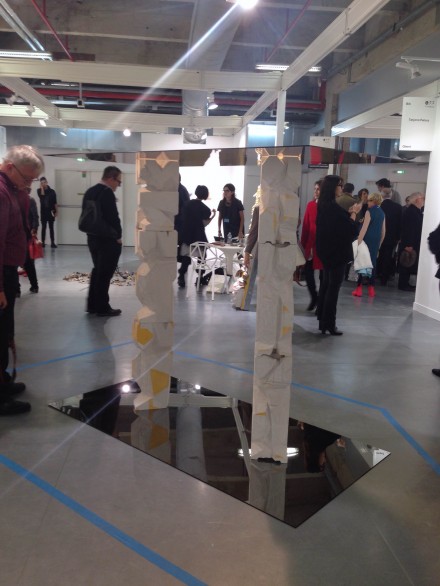 Allyson Vieira at The Breeder for (OFF)ICIELLE 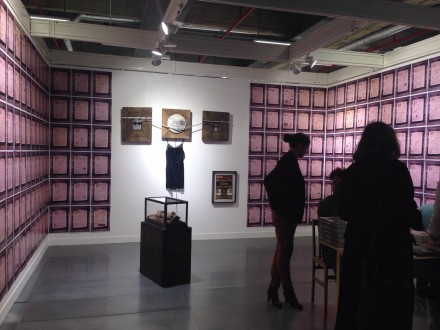 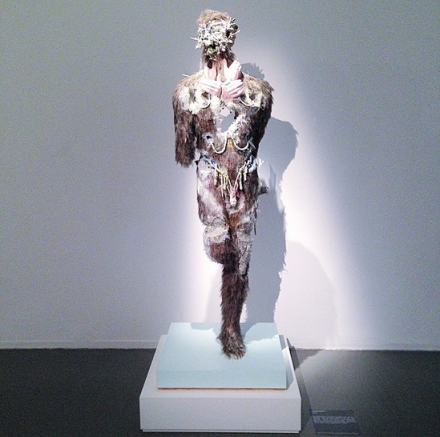 Alongside the fair itself, a number of notable exhibitions and events will open in correspondence with the international traffic.  The Museum d’Art Moderne has opened a massive mid-career retrospective on the work of David Altmejd, featuring the artist’s dizzying arrangements of material.  Centre Pompidou is also aiming high, opening its impressively deep investigation into the work of Marcel Duchamp, focusing primarily on the artist’s early work as a painter and sculptor as a backdrop to explore the full range of his career.

With the fairs now well underway, sales and attendance promise to continue at a strong clip through the weekend.  Both events close on Sunday, October 26th. 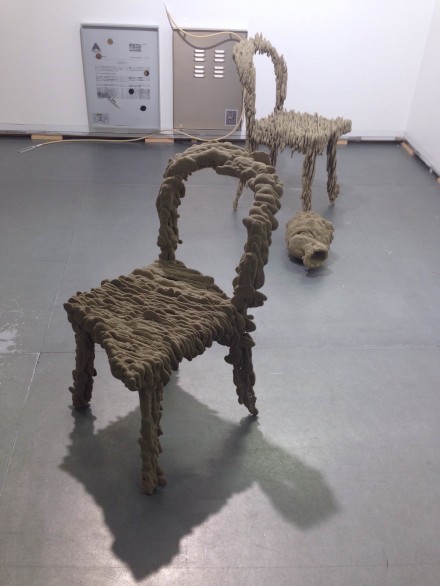 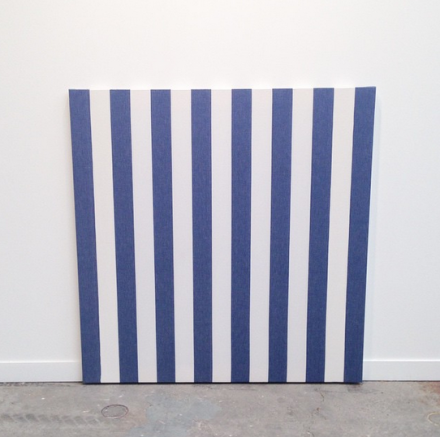 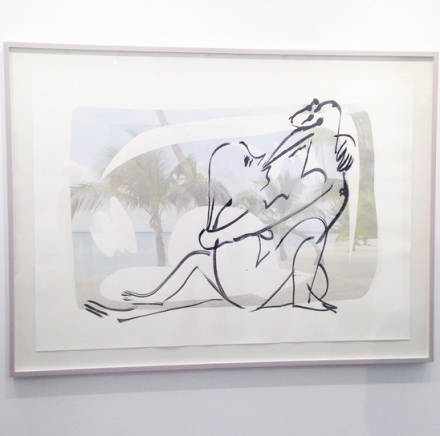 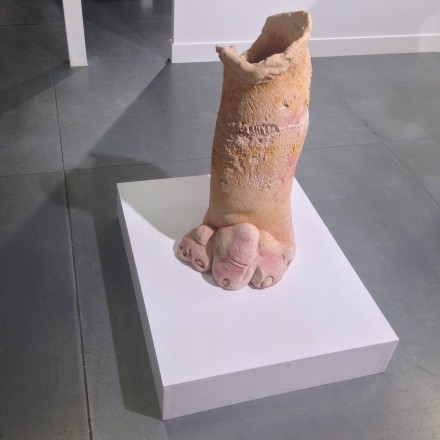 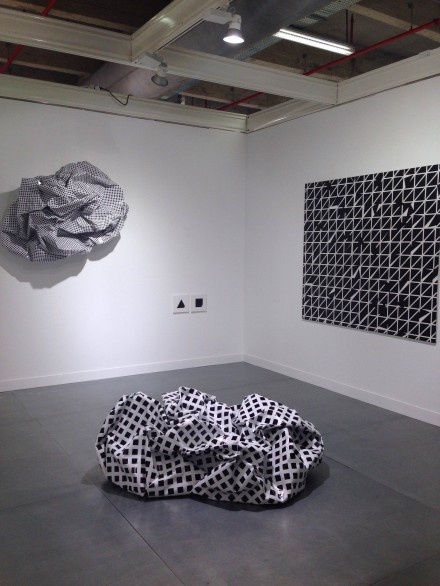 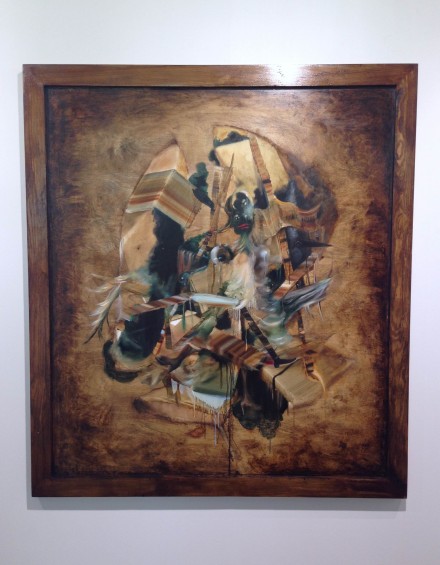 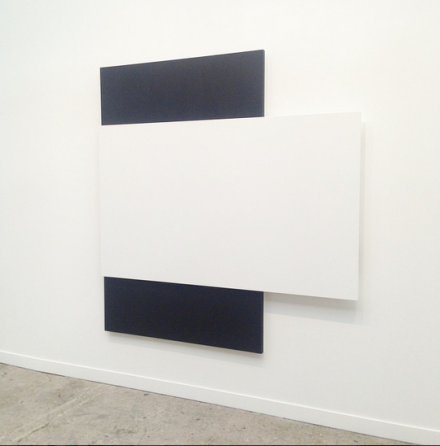 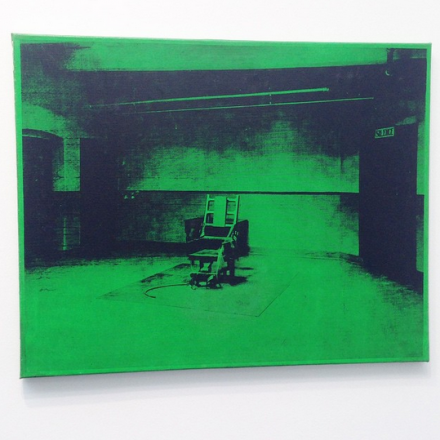 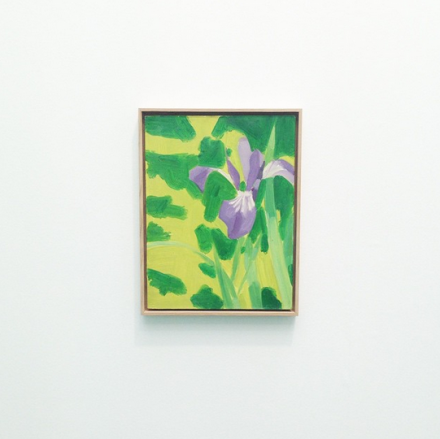 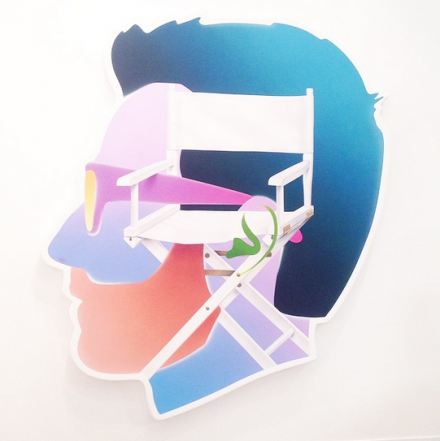 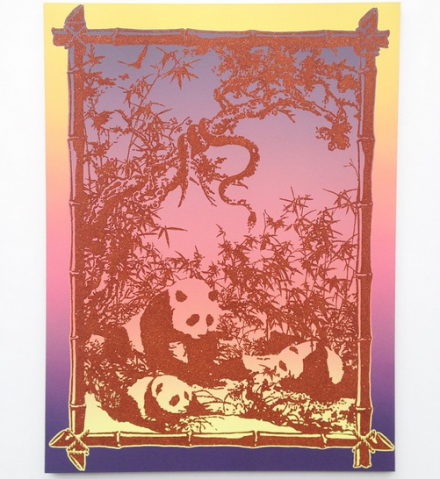 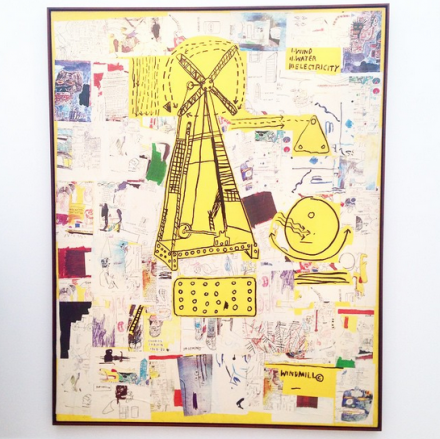 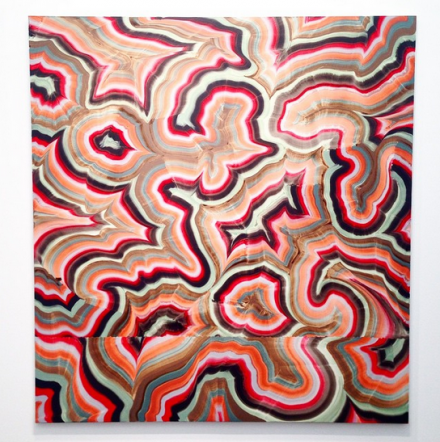 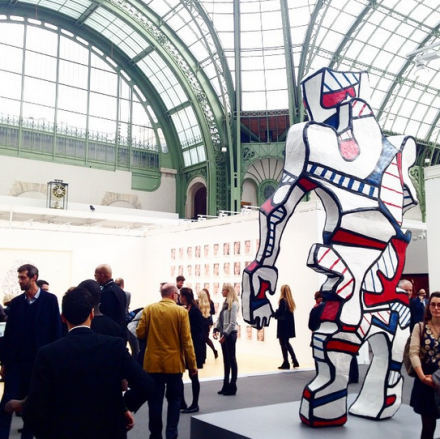 A Jean Dubuffet inside Grand Palais 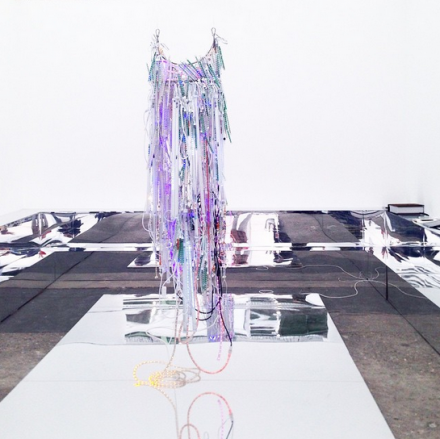 This entry was posted on Friday, October 24th, 2014 at 1:48 pm and is filed under Art News. You can follow any responses to this entry through the RSS 2.0 feed. You can leave a response, or trackback from your own site.