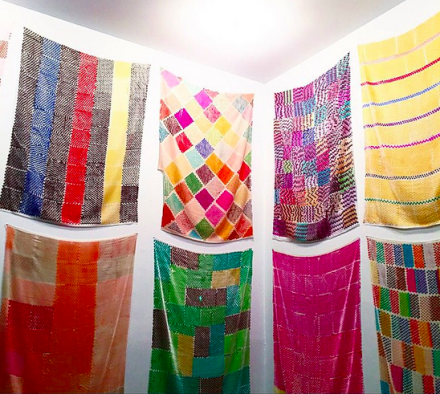 The White Columns Annual offers a particularly resonant opening note for New York’s art world each year.  Refusing an overly objective approach to the curation of a “year in review” style group show, the event encourages, and even emphasizes subjectivity, turning the keys over to one group or person each year.  This year, the all-female art collective Cleopatra’s has been handed the reigns for the Annual’s 9th Edition, with the end result being a colorful, expansive show that is at turns somber, wry and compelling. 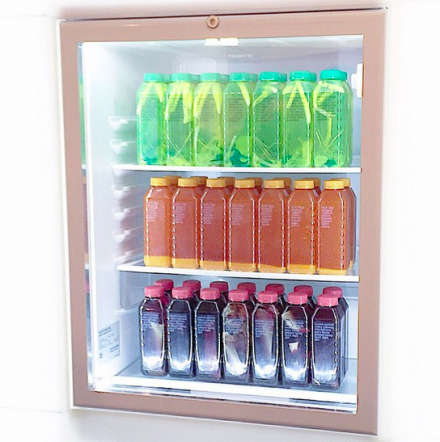 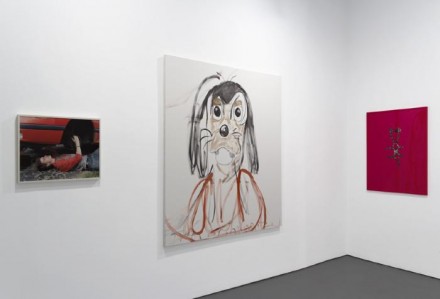 The exhibition makes much of its media, presentation, and reputation, balancing historically resonant works with new projects, stark imagery with colorful exercises, and frequently adventurous takes on the execution of the work.  Polly Apfelbaum’s rayon silk panels, dotted with marker and beads, for instance, greet the viewer upon entering the space, a patchwork of colorful, delicate whorls of color and pattern that alludes as much to the traditions of craft as to the fine art discourse.  Its soft, rich patterns immediately clash with a refrigerator work by Josh Kline, whose appropriation of food, industrial solvents and commercial wellness imagery make for a disturbingly commodified counterpoint. 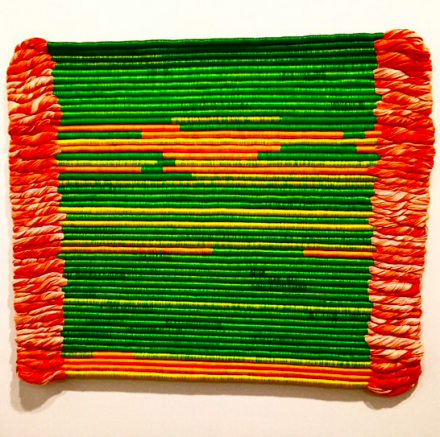 A strongly feminist voice can be heard throughout the exhibition here as well, most strikingly captures in Annette Kelm’s photograph series, showing t-shirts emblazoned with fierce anti-war rhetoric from Wives, mothers, feminists for disarmament of all countries.  Other inclusions, like a pair of works from Hauser and Wirth’s impressive Mira Schendel retrospective last year, brings additional light to an artist whose work both in and outside of the Neo-Constructivist movement was vital to the development of Brazilian contemporary art. 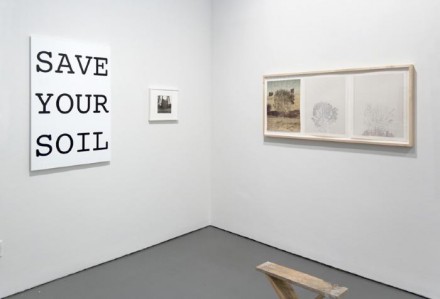 Throughout, the pieces selected, from Guy Goodwin’s large-scale piece Chicken Finger Palace to early Sigmar Polke works on paper, to a series of videos by Keiichi Tanaami, Maria Lassnig and Stanya Kahn, balance investigations into identity politics with their often vibrantly colorful, imaginative presentation.  The result is a refreshingly fluid exhibition, one which addresses a broad range of social and political topics while never distancing them from the work’s actual composition or execution.  Alex Waterman’s Vidas Privadas, which re-presents parts from his Spanish-language interpretation of Robert Ashley’s iconic “television opera” Perfect Lives earlier this year at the Whitney Biennial.  Turning the work’s quotidian subjects and peculiar execution in on itself as a more withdrawn viewing experience, echoed by the immense mirror sitting alongside the video screen. 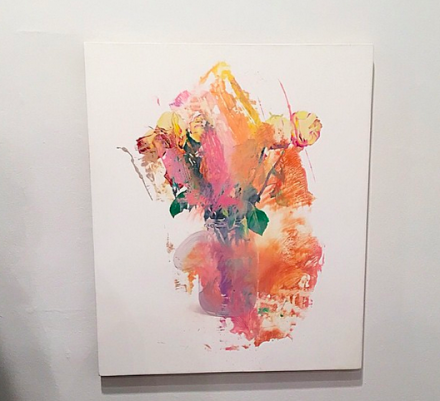 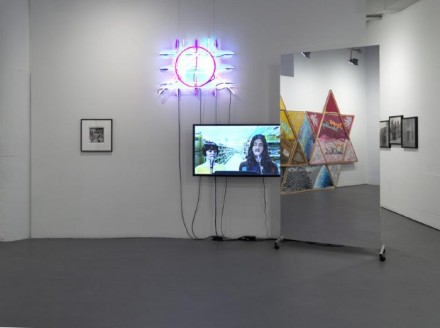 Much akin to Ashley’s work on Perfect Lives, the exhibition as a whole takes this intersection of art and life, more specifically, the turning of the contemporary experience towards a more mindful, often critical approach.  Given the broad variety of work on view, and even more specifically, its remarkable sense of cohesion, Cleopatra’s manages to present a lineage of cultural critique throughout a broad body of work rarely united in the gallery context.

The White Columns Annual is on view through Februrary 21st. 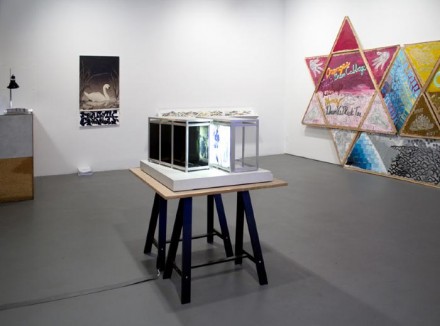 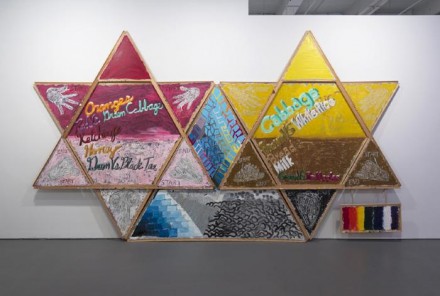 This entry was posted on Saturday, January 31st, 2015 at 12:00 am and is filed under Art News, Featured Post, Show. You can follow any responses to this entry through the RSS 2.0 feed. You can leave a response, or trackback from your own site.