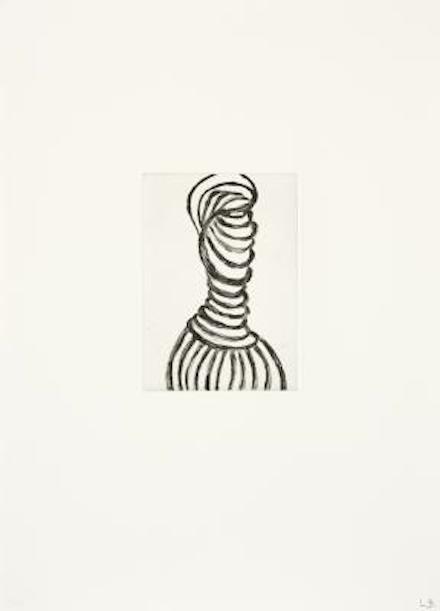 On view at Galerie Lelong is an exhibition featuring graphic works, sketches and drawings made early the career of the late French-American artist and sculptor Louise Bourgeois (1911-2010), whose work often incorporated autobiographical elements. 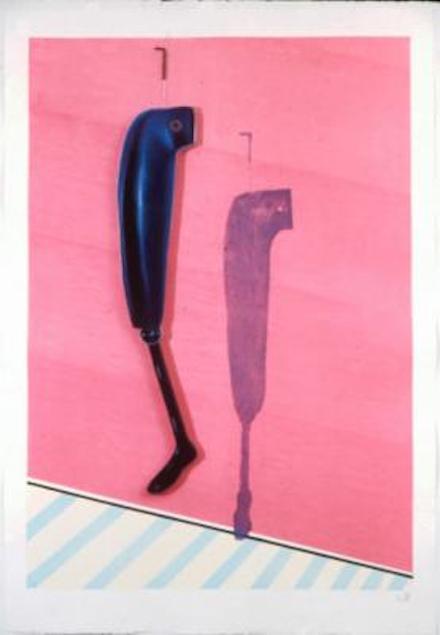 Bourgeois moved to the US in 1938, and found a home as part of the American Abstract Artists Group of the 50s, often using her early works as a ground for exploring themes of fear, vulnerability, and loss of control. She describes her early work as concerned with the fear of falling, which transformed into the art of falling, and finally into “the art of hanging in there.”  The artist’s fierce work ethic has become something of a legend among those who knew her, and the exhibition in Paris offers an intriguing look into some of her less widely seen drawings and plans for larger works. 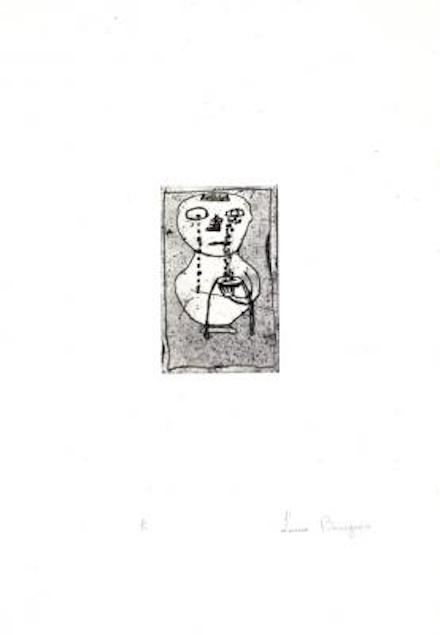 These graphic works, originally executed during the 1940’s, were finally published by Galerie Lelong in 1990 with the title Quarantania. Each work in this series tells the story of the artist’s life from a different angle, from early memories of her home in France to her experiences in New York City.  A later series from 1994 is composed of various elements relating to Bourgeois’ own personal narrative: images of mirrors, scissors and sewing, bathrooms, and self-portraits reveal her strongest memories, and she explains many of them in writing through the publication entitled Destruction du père/Reconstruction du père (Destruction of the Father/Reconstruction of the Father), published in 2000 by Galerie Lelong. 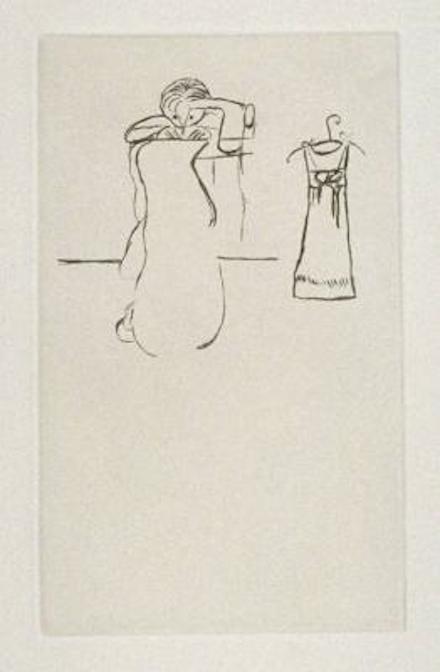 Bourgeois’s work here is slight yet playful, surreal yet immediate, incorporating a diverse iconographic language throughout the show.  Works alternate between the emotionally potent and the bizarre, often relying on juxtapositions of childish imagery and sexually charged thematics.  In The Bad Mother, for instance, the artist’s incorporation of subtle sexual imagery with a small child at the forefront of the work makes for a difficult impression, one that reproduces the sexual confusions of early age through its inaccessible narrative elements.  Other works, like Quarantania II, are even more confounding, strange compilations of jagged lines and figuration that bear a faint resemblance to early illuminated Renaissance texts. 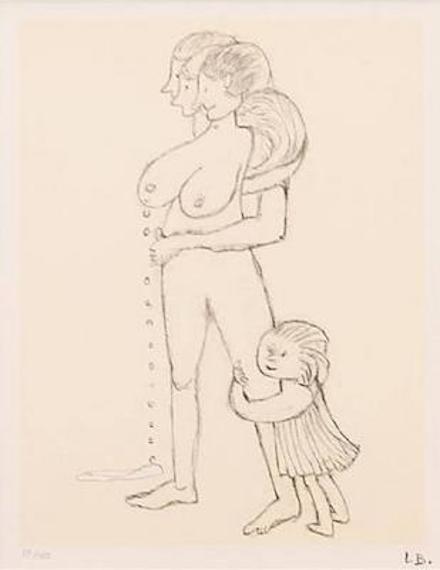 Illustrating the artist’s wide-ranging interests in form and impression, the work on view is a testament to Bourgeois frequent negotiations between the banalities of existence and its methods of subversion.  The current exhibition A la librairie at Galerie Lelong will remain on view through March 28, 2015. 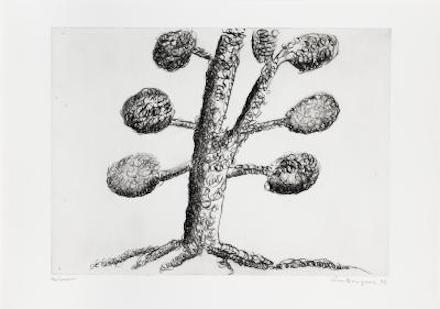 This entry was posted on Tuesday, March 17th, 2015 at 12:00 am and is filed under Art News, Featured Post, Show. You can follow any responses to this entry through the RSS 2.0 feed. You can leave a response, or trackback from your own site.