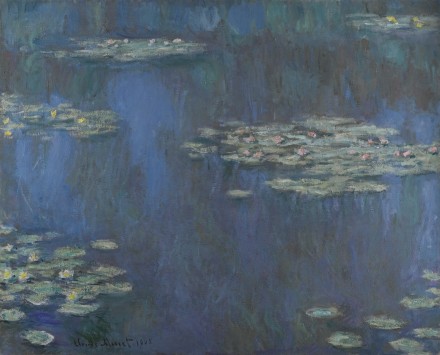 As the art world prepares to jet en masse to Italy this week for the opening of the Biennale Previews, the auction houses are also preparing for their biggest stage of the spring season, with two weeks of major evening sales in both the Impressionist/Modern and Post-War/Contemporary categories set to take place in New York. 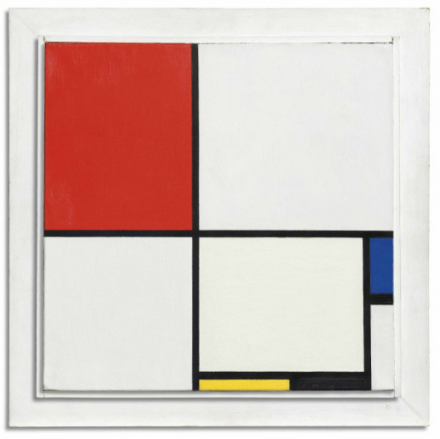 Piet Mondrian, Composition No. III, with Red, Blue, Yellow, and Black (1929), via Christie’s

With the Biennale opening somewhat earlier than normal this year, the auction houses have been forced to play along, and the shifted schedule has made for a strange calendar through the first weeks of May.  Sotheby’s will launch its initial sale Tuesday with a major sale of Impressionist and Modernist works, which will be followed by an extended lull during the Venice proceedings.  Sales will pick up again on May 11th with a specialmixed contemporary and modern auction, Looking Forward to the Past, at Christie’s, as dealers, artists and collectors return to New York for Frieze Week.  The next night, Sotheby’s will again take up the hammer for its Contemporary Sale, with the full Christie’s Contemporary sale following the night after.  As a result, Thursday, May 14th will see double-duty (or perhaps a split crowd) for auctions, as Christie’s holds its Impressionist and Modern sale that evening, going head-to-head with a Phillips Contemporary Sale happening almost concurrently only a few blocks away.

The sales begin tonight at Sotheby’s, where the auction house is offering a 64-lot Impressionist sale featuring works from the collection of the Goldwyn family, some of Hollywood’s most powerful producers, as well as pieces from the Jerome H. Stone Collection, including work by Alberto Giacometti and Joan Miró.  Overall, the auction is anticipated to achieve over $270 million, a healthy mark to kick off the two weeks of sales.  The top of the sale is dominated by Claude Monet, who has three works estimated at $20 million or more, including a prime example of Monet’s Water Lillies, which carries a $30 million to $45 million estimate,  followed close behind by Bassin Aux Nymphéas, Les Rosiers, another fluid landscape commanding $18-25 million.  Other highlights include the ranking piece of the evening, Van Gogh’s L’allée Des Alyscamps, anticipated to potentially exceed $50 million, a Pablo Picasso work, Femme Au Chignon Dans Un Fauteuil estimated at $12 to $18 million, and a jittery Fernand Léger , estimated at $8 million to $12 million. 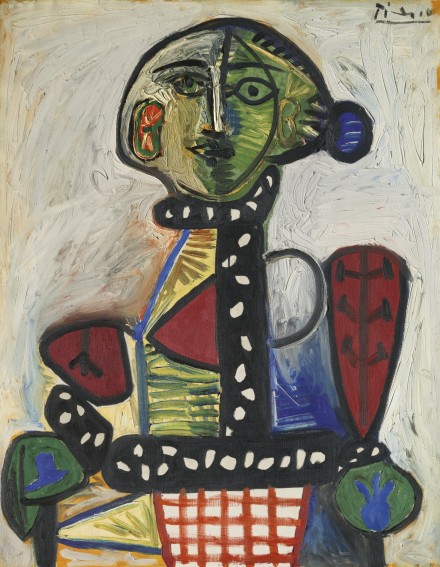 The Christie’s Impressionist auction on May 14th is somewhat staid by comparison.  The 44-lot sale is topped by a striking, minimal Piet Mondrian piece from 1929, boasting a balanced color palette and a $18 million to $25 million initial estimate.  Following close behind is another Claude Monet piece, Les meules à Giverny, which is carrying an initial estimate of $12-$18 million.  Also of interest is a plaster version of Constantin Brancusi’s iconic La Muse Endormie, which plays against both the bronze and marble versions currently in circulation, and which is commanding an estimate of $8 million to $12 million. 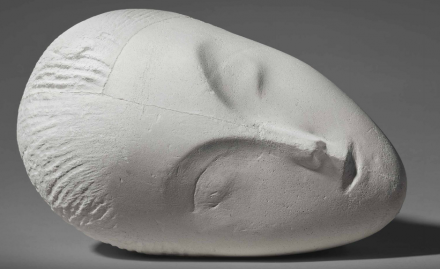 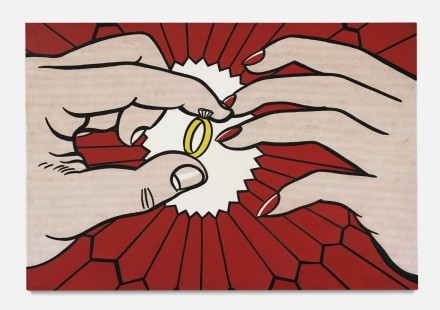 More fireworks are expected during the set of Contemporary Auctions next week, as a number of prime works and major trophies come to the market at both auction houses.  Sotheby’s will open the week on Tuesday with an impressive series of offerings, among them three masterpiece-quality works with prices in the potential neighborhood of $50 million.  Leading the sale is a landmark Roy Lichtenstein piece The Ring (Engagement), a vibrant, red-soaked canvas covered in the artist’s signature ben-day dots and comic-book stylings, followed close behind by a first-rate work from Gerhard Richter’s Abstraktes Bild series, which is priced “upon request,” hinting that the artist may in fact be looking to reset his recently achieved auction record of $46 million, set earlier this year at Sotheby’s London location. 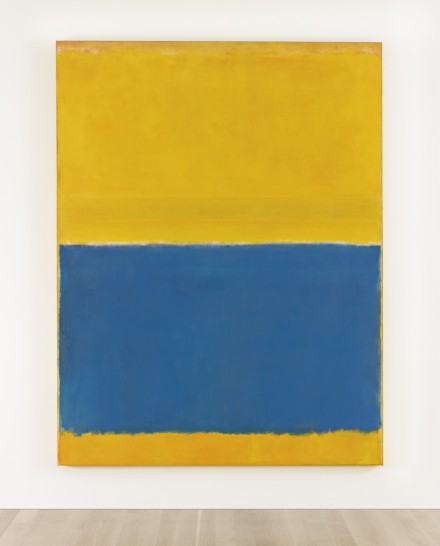 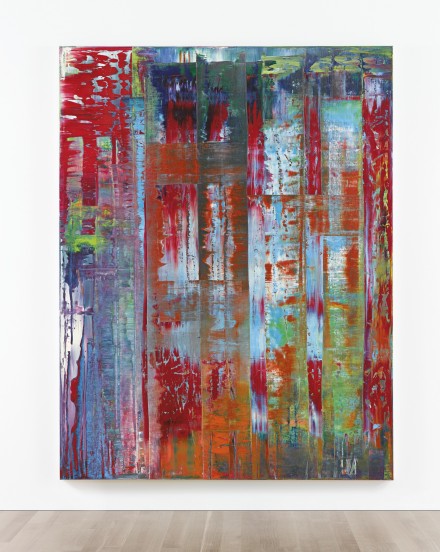 Other major highlights from the sale include a vibrant Mark Rothko in yellow and blue, which has remained for decades in the collection of Bunny Mellon.  The work is carrying an initial estimate of $40 million to $60 million.  A Jackson Pollock composition from 1950 follows shortly after, estimated to sell between $15 and $20 million.  Also of note is a Yayoi Kusama Infinity Net work, which may push past the artist’s current record as highest priced female artist if it beats its high estimate of $7 million. 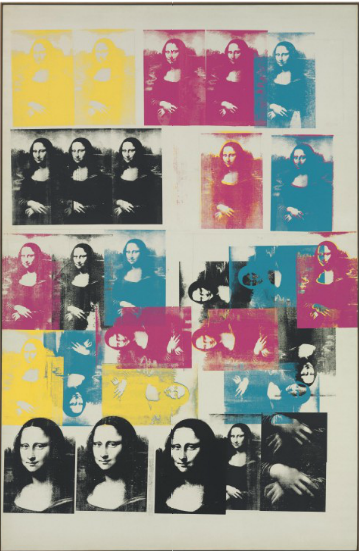 At Christie’s, the auction house will also come out swinging, bringing a trove of works that will look to bolster its sales offerings over the course of the week.  The auction is led by a colorful Andy Warhol, featuring a series of prints of the Mona Lisa in various arrangements, estimated to possibly exceed $50 million.  The work is joined by the gentle glow of Mark Rothko’s No. 10 (1958), which is also carrying an estimate in the $50 million range.  A pair of works by Cy Twombly and Lucian Freud follow close behind, both of which may exceed the $50 million mark as well.  Freud’s portrait of government worker Sue Tilley, one of his most famous models, is set carrying a $30 million to $50 million estimate, while the Twombly, an untitled work from 1969, is estimated at $35 to $55 million. 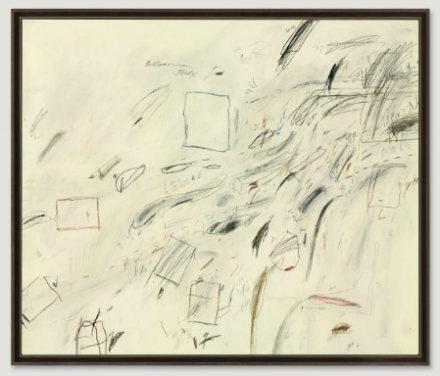 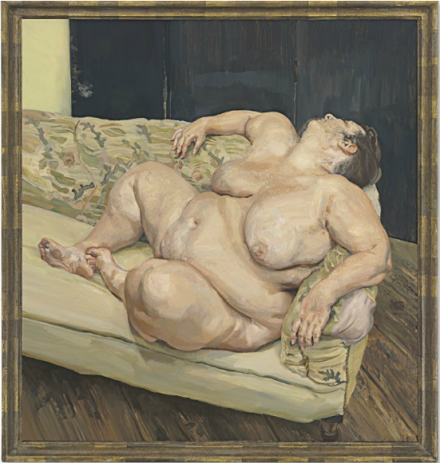 Also highlighted in Christie’s Contemporary is a large-scale Basquiat from 1981, when the painter was at the height of his powers, featuring a horse and rider in a jagged comic book posture.  It is estimated at $25 to $35 million.  A Christopher Wool print, bearing the word Hypocrite, will also look towards the top of the auction lots, boasting a $15 million to $20 million estimate. 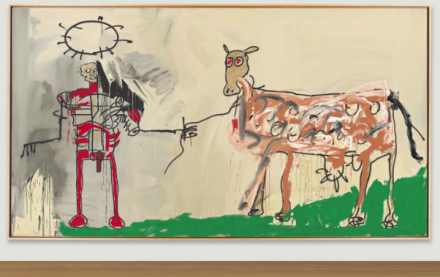 Jean-Michel Basquiat, The Field Next to the Other Road (1981), via Christie’s 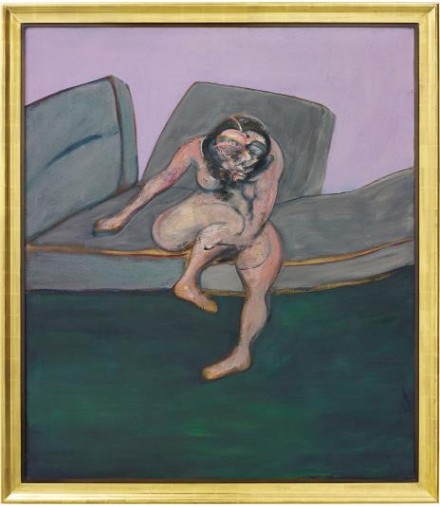 That same night, Phillips will hold its Contemporary Evening sale, a new phase in it attempts at breaking up the duopoly between Christie’s and Sotheby’s in the highest echelons of the market.  While the auction house has long contented itself with the sale of emerging artists, lower-valued blue-chip works and other pieces, this spring marks what could be something of a coup in the secondary market.  Phillips’s sale is led by a masterful Francis Bacon, Seated Woman, which carries a $25 million to $35 million pre-sale estimate, placing it in competition with any of the highest valued works at the other houses.  Also of note is a subdued, yet colorful Brice Marden from 1999-2000/2001, which is estimated to sell at $8 million – $12 million.  One of Rudolf Stingel’s electroplated gold works from 2012 rounds out the top of the list, with an expected price of $4 million to $6 million. 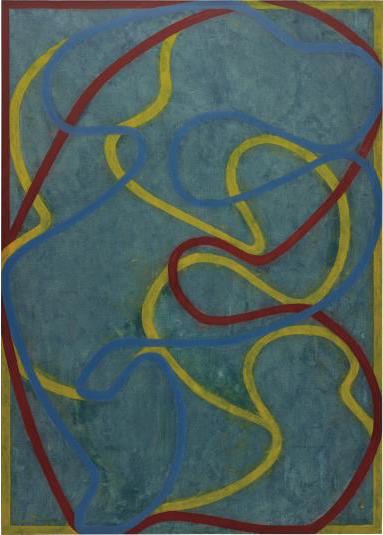 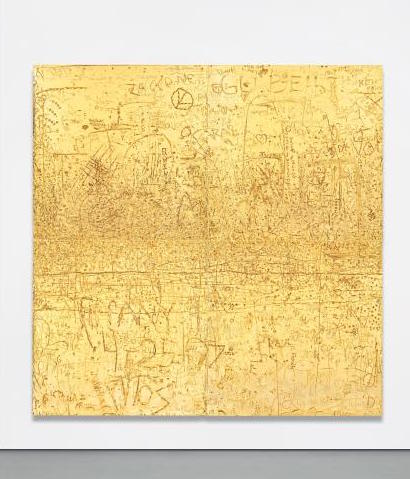 The sales begin tonight, 7PM, at Sotheby’s.  Art Observed will have live coverage on both our Instagram and Twitter for those interested in following the action.

This entry was posted on Tuesday, May 5th, 2015 at 4:35 pm and is filed under Art News, Featured Post, Show. You can follow any responses to this entry through the RSS 2.0 feed. You can leave a response, or trackback from your own site.