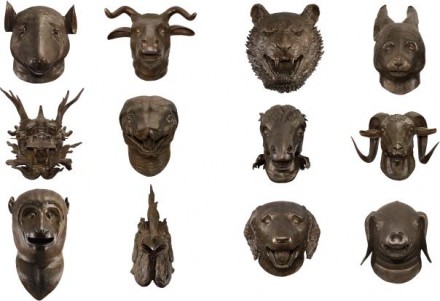 Sales have concluded at tonight’s Contemporary and Post-War Evening Sale at Phillips Auction House in London, capping a strong outing by the company that saw 10 of the 53 lots going unsold.  With somewhat sluggish proceedings and a few surprises, the auction seems to be something of a stumble in Phillips’ attempts to challenge the larger auction houses this week. 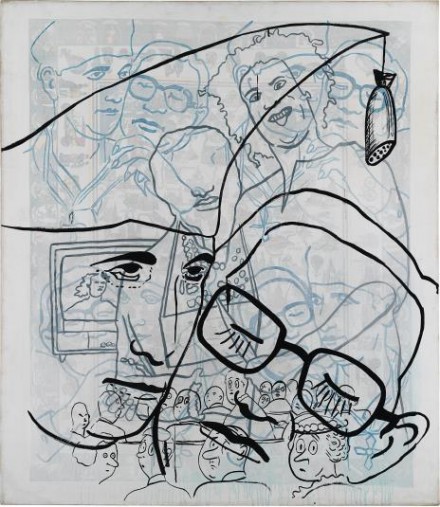 The sales began with Rob Pruitt’s Country Boy, which saw ample interest from both online bidders and those in the room, beating estimate for a £80,500 final price.  It was followed several lots later by a Jonas Wood canvas, Fish Tank, which doubled estimate for a £158,500 final price, continuing the artist’s impressive rise in recent months.  A Robert Gober Drain was also an early surprise, climbing slowly but surely beyond its £150k high estimate, and continued an impressive rise, finally settling at £254,500 after a competitive duel between two collectors.  A Rosemarie Trockel piece followed after, just topping its high estimate for a £218,500 final.

The auction house seemed focused on sales this week, with a number of works stalling below estimate but still managing to sell, including a Raqib Shaw piece that just barely squeaked over the £700k low estimate to sell for £722,500, as did a Mark Bradford canvas, pushing up to the £400k low estimate and finishing at £458,500.  Several lots later, a Banksy work was the first to pass, barely able to garnish a bid before falling at £190k.  A Gursky photo from the Chicago Mercantile Exchange followed shortly, also failing to meet its £500k low estimate, as did the Andy Warhol lot that followed immediately after. 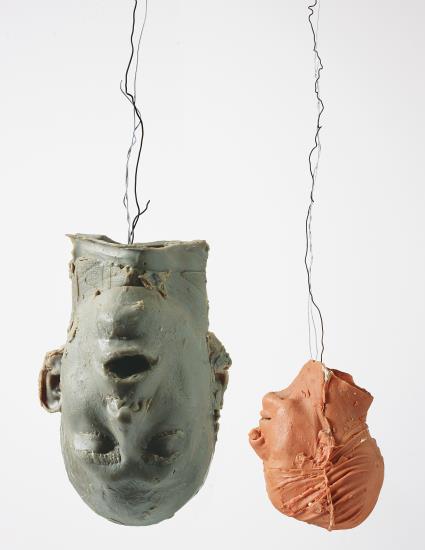 Sales continued to be relatively sluggish as the evening continued, as a Takashi Murakami stalled at its low estimate (final: £482,500 ), as did a Damien Hirst (final: £482,500) before coming to the Ai Weiwei Zodiac Heads.  The sale was brisk but impressive, quickly rocketing past the artist’s previous £2.8 million auction record to settle at a £3 million hammer, with a £3,442,500 final.  Another highlight came several lots later, when the Warhol Monroe portraits finished at a £1,202,500 final, joined three lots later by Bruce Nauman’s Hanging Heads, the evening cover lot, which brought a final price of £1,762,500, within estimate.  An Ed Ruscha work was another strong seller, seeing impressive competition to exceed estimates at a final of £884,500, as was the last major sale of the evening, Sigmar Polke’s Carnival, which settled just above the low estimate for a £1,142,500 final.

Following the Polke, the sale tapered off, as a number of low-earning lots sold somewhat procedurally, save a Neo Rauch work that saw strong interest, pushing it to double its estimate at £278,500.  The sale closed with a trio of Richard Prince photographs, quickly hitting its estimate and selling for £164,500.

The sales continue tomorrow at Sotheby’s.

This entry was posted on Monday, June 29th, 2015 at 4:10 pm and is filed under Art News, Auction Results, Featured Post. You can follow any responses to this entry through the RSS 2.0 feed. You can leave a response, or trackback from your own site.