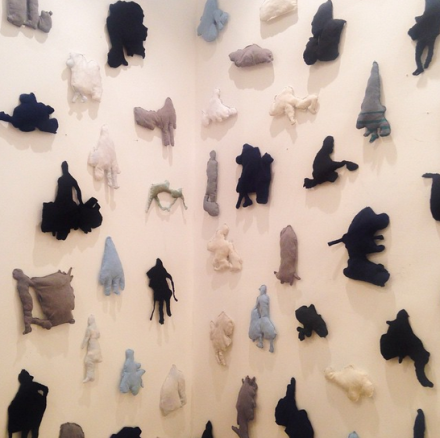 A selection of works by Fanny Allie, via Art Observed

Bushwick Open Studios has come and gone in the North Brooklyn arts hub, with another year of exhibitions and projects spread across the sprawling industrial landscapes of the borough closing to strong attendance. 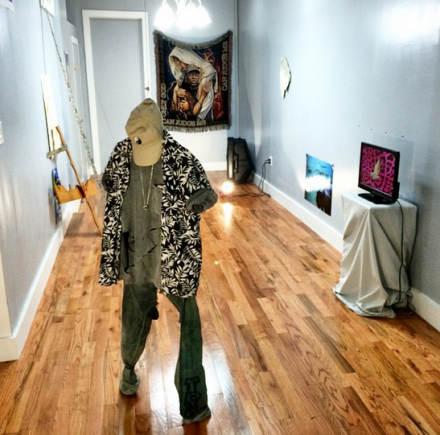 The events started Friday night with a number of openings across the neighborhood, centered for the most part around the central exhibition, Seeking Space at Be Electric Studios.  The main exhibition was a packed affair, with ample works stuffed into an immense warehouse space just off the Jefferson L Stop.  At the studio and gallery space Dress Shop, the proprietors were presenting new work by its current crop of resident artists.  Artist Paul Bergeron (who is also currently showing at Honey Ramka Gallery at the 56 Bogart building), was presenting a series of comically minimal works, while artist Paul Shaffenberger’s mounted assemblages walked a fine line between the tropes of interior design and fine art proper.  On the other side of the neighborhood, a small backyard group show titled Declasse was underway, featuring work by Mexico City-based artist Andrew Birk (whose No Space Gallery co-produced the event), Kurt Beers, Seung Lee, and more.  The exhibition, held in an uninhabited apartment building blocks away from the Knickerbocker M Train stop, made a distinct impact given its sparse surroundings, and matched the atmosphere with a selection of sculptural works, video, and prints. 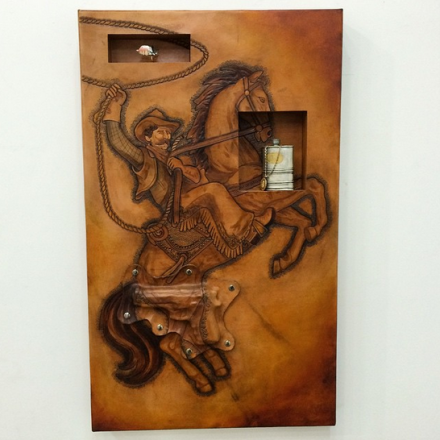 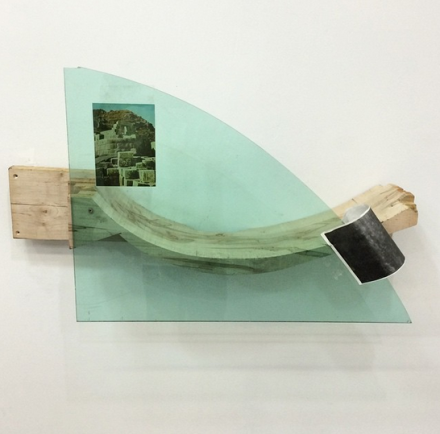 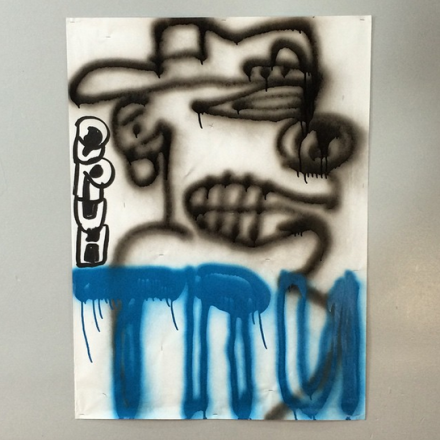 By Saturday, the event had launched into full swing, with galleries, studios and even temporary spaces packed to bursting with works across the neighborhood.  17-17 Troutman boasted a number of impressive works from artists across the space, including Shih Chieh Huang’s vividly colored lights displays, creating a peculiar installation featuring long, tentacled sculptures bearing circuitry and detritus across their surfaces.  In another room, artist Jaclyn Brown was presenting a series of light-hearted acrylics, featuring overlaid images of cats and other animals that played well against each work’s colorful patterned surfaces. 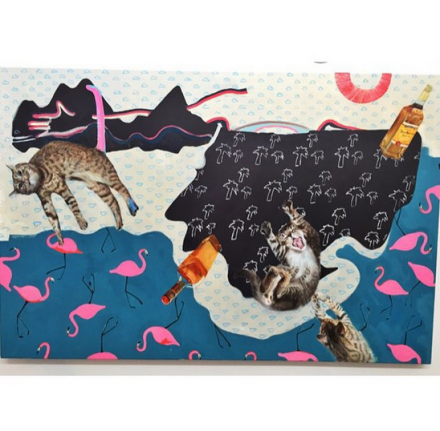 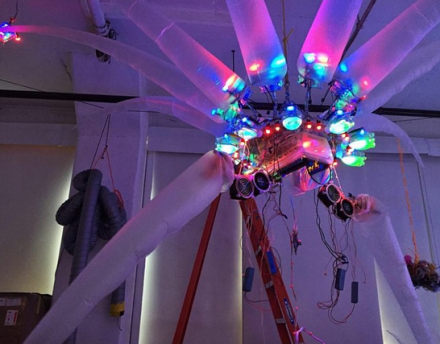 Other studios that commanded attention included the 117 Grattan studio space of artist Etty Yaniv, swirling sculpture compositions made from small scraps of material that charged the space with a vivid, colorful energy.  Several doors away, Fanny Allie’s sculptural silhouettes were a staid, subdued counterpoint that nevertheless carried a weighty emotional payoff. 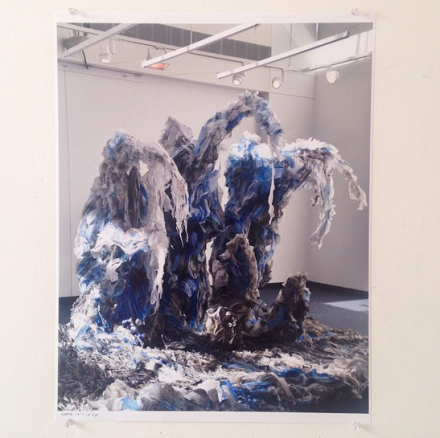 The popular Rock Street sculpture park was open again this year, returning the usually strong show of sculptural works to its location running between buildings at the Boar’s Head Deli Meats factory complex.  Playing on re-used and re-purposed industrial materials, the exhibition always manages to pose a striking visual commentary on its location.  This year, artist Julie Tremblay was a standout, wrapping a series of objects on Rock Street in what appeared to be rolls of metal lath.  In another corner, Corina Kennedy’s wood-slatted panels laid haphazardly on the ground, confusing viewers as to their origin and motivation. 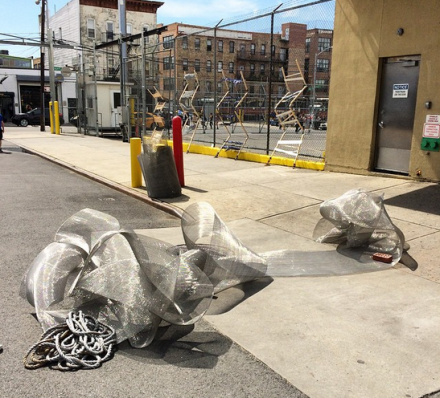 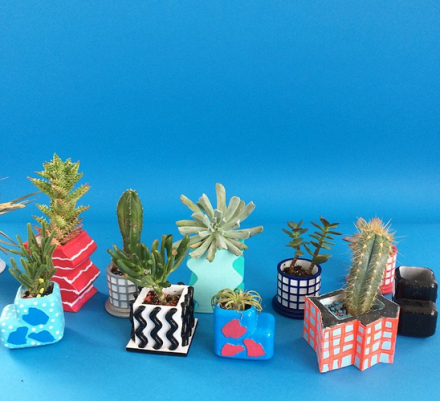 At the EyeBodega Studios, via Art Observed

The 56 Bogart space, as usual, was also vibrantly active over the course of the weekend.  The groundfloor, which seems to be continually growing its number of galleries and project spaces each year, presented a series of  focused exhibitions that countered some of the more wild, freewheeling performances happening just outside the building.  Slag Gallery was one standout, with a small show featuring the works of artist Harmut Stockter, cunning assemblages of technological apparatus and antiquated tools.  On the fourth floor, the artist-run Cuatroh project space was featuring a vibrant group show, with a number of artists working at different takes on bright, hectically-executed works, including a plastic case filled with fruits by Jimena Garnier, a coy reinterpretation of the classic still-life.  Also a pleasant surprise was the the studio Momoyo Torimitsu, who has previously shown at Deitch Projects and the Swiss Institute, and whose playful take on the dark undercurrents of corporate banality made for a refreshing break from the more traditional painting and sculpture-heavy studios around hers. 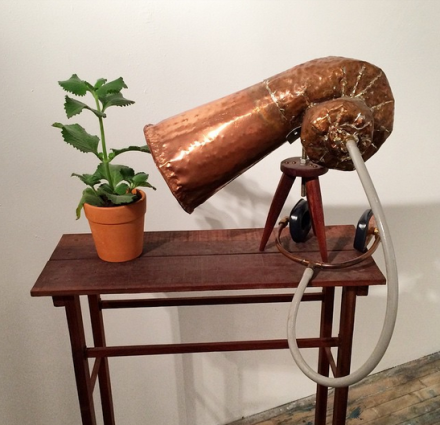 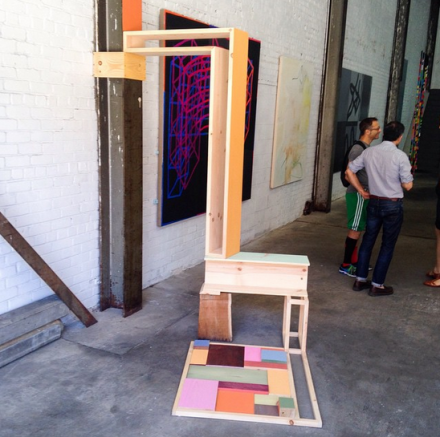 The NEWD Art Fair also returned to Bushwick for its second year, offering a concise take on the wider Brooklyn gallery scene from its vantage point on Johnson Ave.  Greenpoint Terminal Gallery was on hand, featuring a selection of illustration-influenced works, as well as painterly formalism focused on a similarly light execution.  At Signal Gallery, a group selection of works from Meriem Bennani, Priscilla Jeong and Travis Boyer, among others, underlined the gallery’s unique voice in the Bushwick scene, while across the room at American Medium, a selection of works by Jamie Warren and Anne Hirsch were on view.

The event drew to a close this evening, artists seemed prepared to buckle down again, and get back to work as Brooklyn neighborhood moves into the summer months. 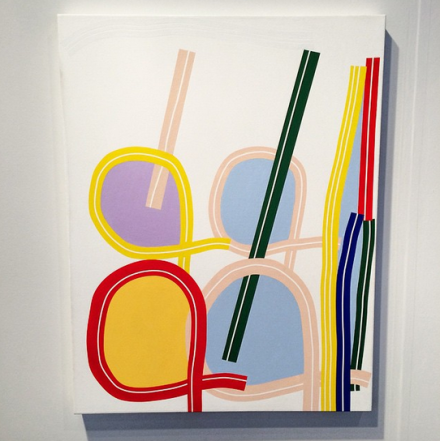 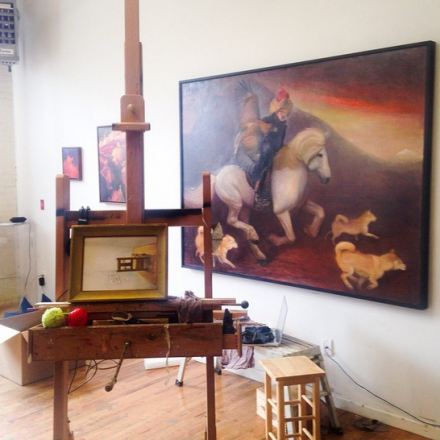 The Studio of David Molesky,  via Art Observed 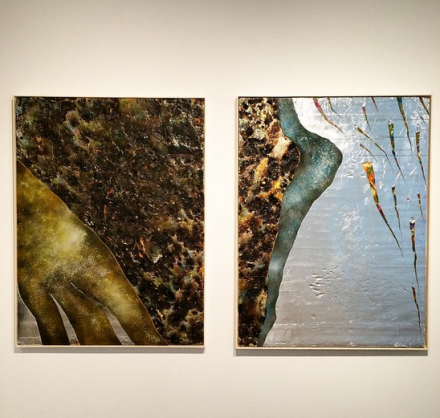 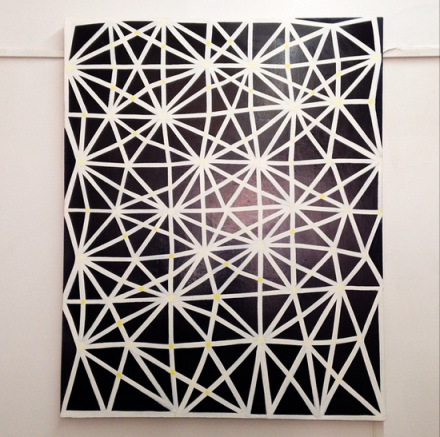 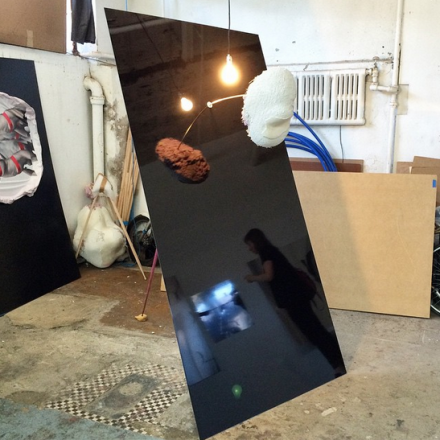 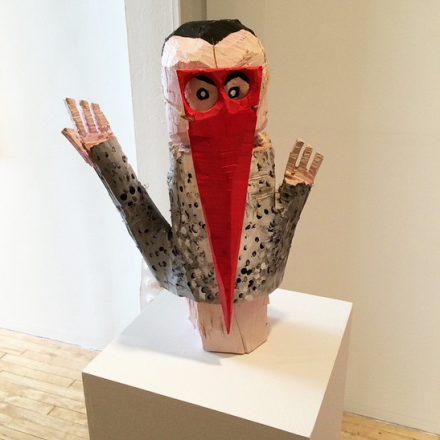 This entry was posted on Monday, June 8th, 2015 at 4:32 pm and is filed under AO On Site, Art News, Featured Post, Show. You can follow any responses to this entry through the RSS 2.0 feed. You can leave a response, or trackback from your own site.