New York – “Carl Andre in His Time” at Mnuchin Gallery Through December 5th, 2015 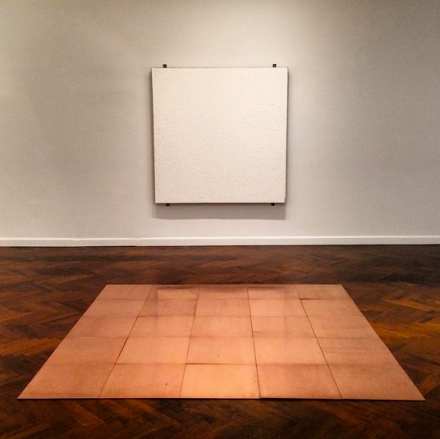 Taking the minimalist exercises of Carl Andre as its starting point, Mnuchin Gallery has opened an exhibition taking the structural interests and shared visions of the New York school of minimalism during the 1960’s and 70’s as its core focus.  Titled Carl Andre in his Time, the exhibition presents pieces by Donald Judd, Brice Marden, Agnes Martin, Sol LeWitt and more, each locked into conversation with Andre’s work. 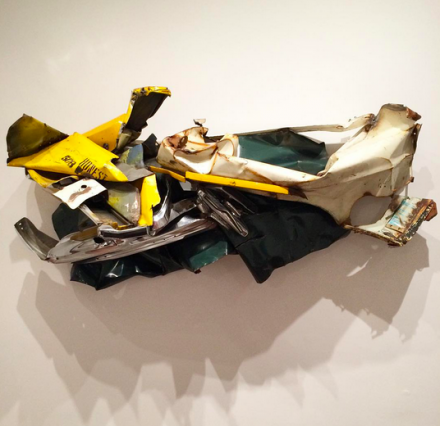 The works on view quite literally orbit Andre’s floor-mounted works and sculptures, offering a pointed commentary on the flat panels and often distressed surfaces of his materials, each arranged in patterns that emphasize color and formal interplay.  In one room on the ground floor, a pair of diagonally arranged metal plate sets counter a John Chamberlain piece, emphasizing the material and divergent lines and surfaces with their close proximity. 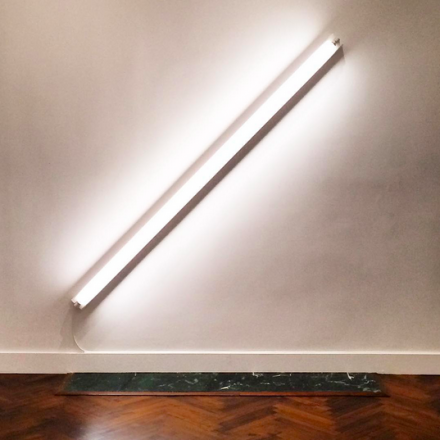 But the show hits its stride for certain on the second floor, where its trio of exhibition spaces reshape themselves as clusters of minimal, geometric arrangements, joined together by the stark, linear movements that each artist suggests.  In each, a certain pattern of exchange is emphasized, from the contrasting verticality of a Donald Judd “stack” work and the countering horizontal spread of Andre’s 32-Part Reciprocal Invention, through to the mirroring surfaces of a Robert Ryman painting and Andre’s Fifth Copper Square.  On the other side, a trio of Andre floor works are played off against the horizontal lines of an Agnes Martin composition, and a Frank Stella piece, another self-contained exchange that welcomes a long consideration. 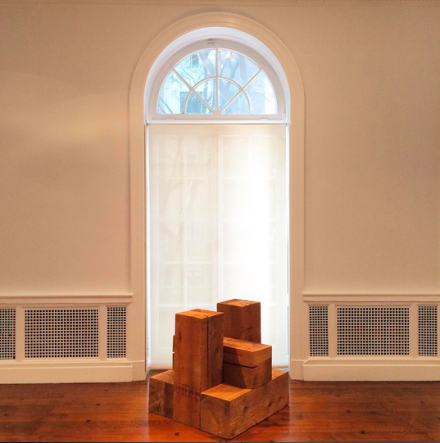 In each, the architectural details and spatial character of Mnuchin Gallery becomes a site for playful spatial inversion and new lines of inquiry, and each set of works is equally locked into its own formal conversation.  Viewers may find themselves moving back and forth repeatedly from room to room, comparing each’s intersecting planes and compositional counterpoints. 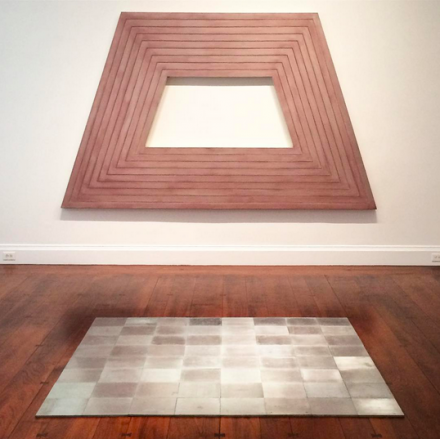 There’s almost a sense of interchangeability among the pieces here, and while the works have been meticulously placed, any work on view feels as if it may potentially work in conjunction with any other respective work, a point that bears testament to the gallery’s cohesive vision, and the unified interests of the New York artists on view.  With such a shared interest in the architectural, and the possibilities of interplay with the sparest of elements, Andre and his compatriots present a dynamic exchange.

Carl Andre in his Time is on view through December 5th. 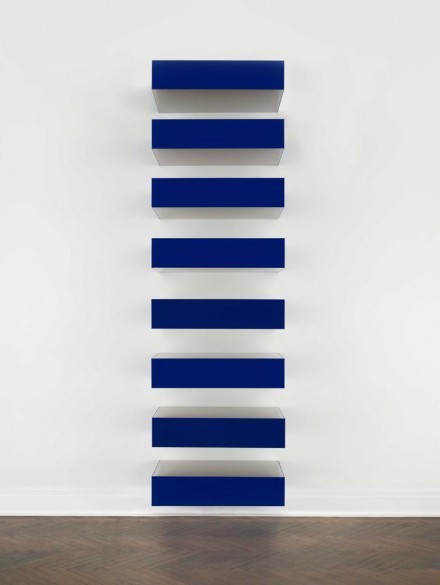 This entry was posted on Wednesday, September 16th, 2015 at 12:15 am and is filed under Art News, Featured Post, Show. You can follow any responses to this entry through the RSS 2.0 feed. You can leave a response, or trackback from your own site.