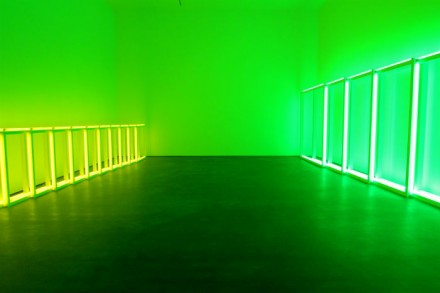 An idea that began with a single light was the generative force for New York minimalist Dan Flavin‘s ongoing interests in light and space. Starting in 1963 with the creation of diagonal of May 25th, 1963, a fluorescent lamp installed diagonally on a wall, Flavin quickly adopted light as his central aesthetic focus, and his journey through the environmental capacities of  light can now be seen in Corners, Barriers and Corridors at David Zwirner.

Flavin would often refer to his installations as “situations,” which more precisely describes their pervasive effects on the surrounding space.  This exhibition commands the architecture of the gallery, causing it to take an alternating form that is mesmerizing and full of sentimentality, while urging the viewers to explore the space in conjunction with the influence of the works on view. 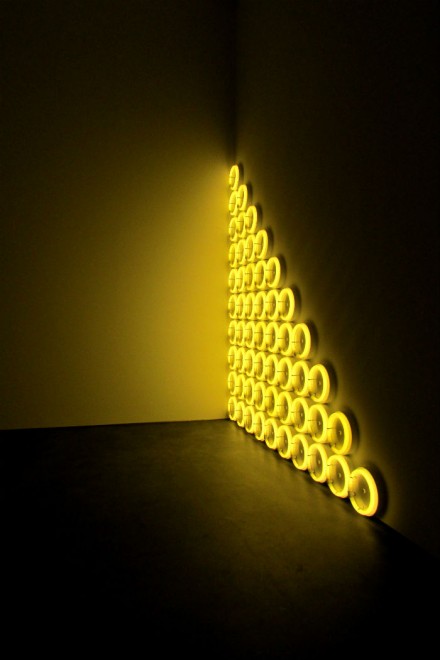 One of the first installations the viewer encounters upon entering the gallery is Flavin’s two-part barrier, dedicated to his wife, labeled untitled (to Sonja), spanning the entrance wall and extending to the end of the room. Flavin often titled his works after friends and family in this manner, sometimes dedicating them to the assistants and mechanics who took part in the creation and installation of the pieces themselves. This is the first time this piece has been shown since its original presentation at MoMA in 1970, which featured a group of artists “whose common interest lies in an encompassing spatial experience as the primary condition of the work of art”. 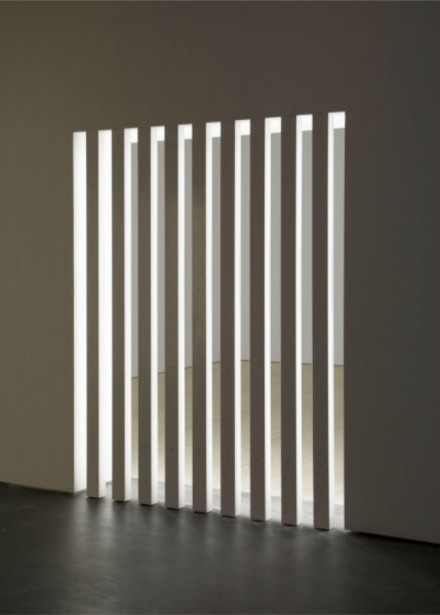 Dan Flavin, untitled (to Dorothy and Roy Lichtenstein on not seeing anyone in the room) (1968), via David Zwirner

Flavin’s works continue that thread.  In his work untitled (to Dorothy and Roy Lichtenstein on not seeing anyone in the room), a barrier shines white fluorescent light into an empty room, inaccessible to visitors, and only permitting a look from the outside in through the gaps in structure.  The work’s dedication is a reference to a 1961 painting by Roy Lichtenstein titled I can see the whole room!…And there’s nobody in it! 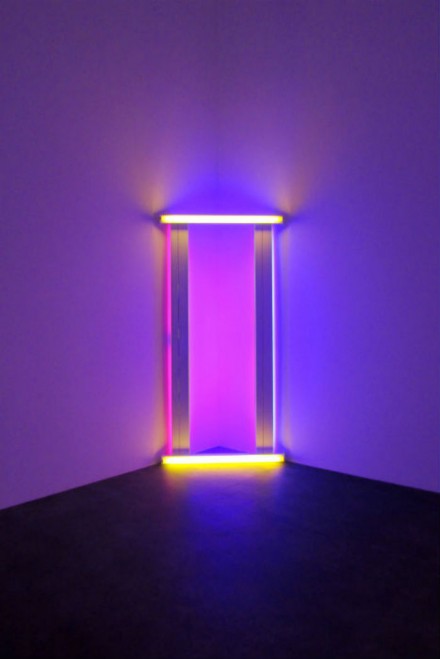 The exhibition also features a room devoted entirely to a sequence of four corresponding pieces dedicated to Barnett Newman, highlighting the four corners of the room by serially investigating the same rectangular form in different configurations of yellow, red, and blue light.  In the next room is the lesser-known untitled (to a man, George McGovern) 2, in which bright circular forms are stacked atop each other. While the piece is only installed in the corner of the room, the entire space seems to bend towards it, demanding the viewer’s attention. 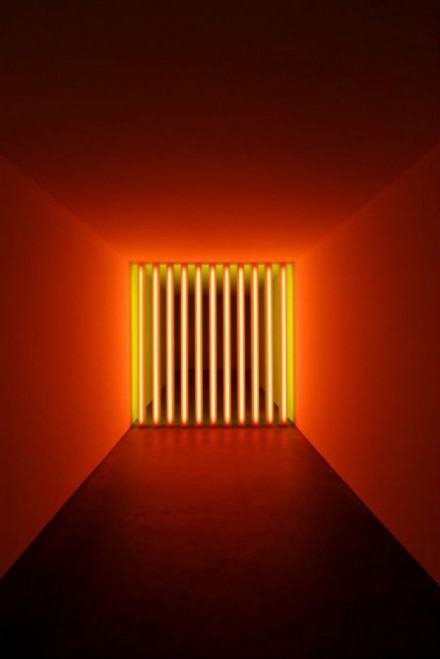 Perhaps most deliberately implicating the space and engaging our spacial awareness is untitled (to Barry, Mike, Chuck and Leonard), which is installed in the center of a corridor, disabling visitors from walking through to the other end. The work divides the passageway into two inaccessible fields of color, shining pink on one end and yellow on the other. While these lights shine on either end, they meet in the middle in a field of orange, engrossing the viewer’s cognitive and physical perception of opposite ends of the same space.

Corners, Barriers and Corridors will be on view through October 24th.

This entry was posted on Thursday, September 24th, 2015 at 12:00 am and is filed under Art News, Featured Post, Show. You can follow any responses to this entry through the RSS 2.0 feed. You can leave a response, or trackback from your own site.