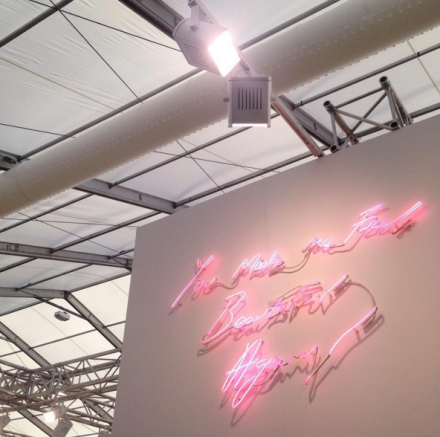 Tracy Emin, You Made Me Feel Beautiful again! (2015), at White Cube, all photos by Andrea Nguyen for Art Observed

As the weekend arrived, Frieze London shut its doors on another week of strong sales, live projects and installations taking up the yards of Regent’s Park, with the fair reporting an impressive 260% increase in attendees during the VIP hours.  Even after the rush of buyers in the fair’s early hours, sales continued steadily through the rest of the week, concluding yesterday as the last vistors left the space. 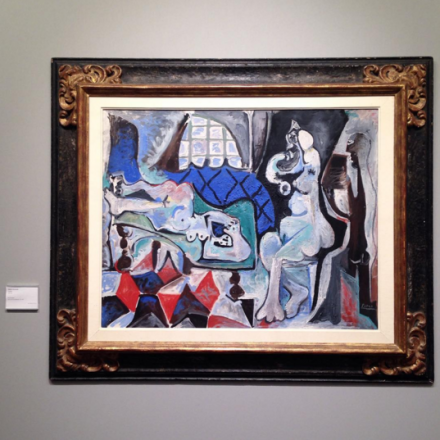 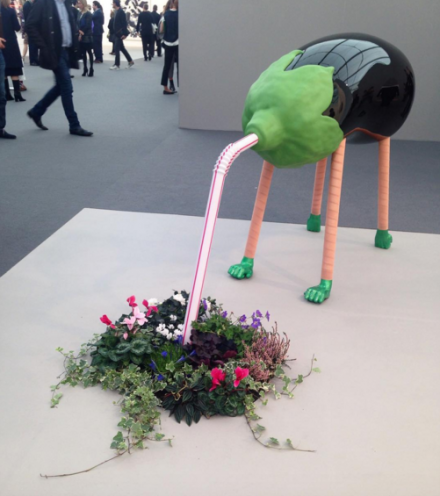 White Cube sold a new work by Damien Hirst, whose Newport Street Gallery opened this week.  The piece, Holbein (Artist’s Watercolors) netted £1.2 million for the gallery.  David Zwirner sold a work by Chris Ofili for $750,000, while kamel mennour quickly sold out its booth of works by Camille Henrot, including several editions of the main sculpture in the booth for €150,000 each.   Henrot was noted as particularly popular across the fair, as the 2013 Silver Lion winner continues her impressive rise. 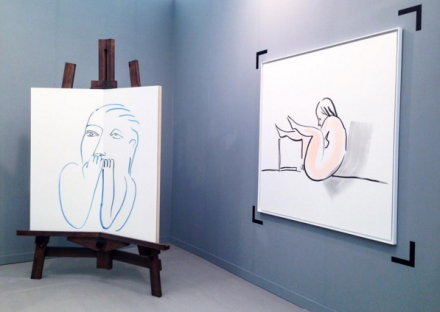 Thaddaeus Ropac also had a strong fair, selling Alex Katz’s Road in the opening hours of the fair for around $400,000, while Salon 94 sold a striking pair of Huma Bhabha sculptures for $275,000 and $195,000.  At Blum and Poe, the gallery placed a Yoshitomo Nara for $600,00, as well as a $1 million Takashi Murakami.  Helly Nahmad’s impressive installation at Frieze Masters also paid off, with the artist selling three of eight works on view, priced from $650,000 to $3.5 million. 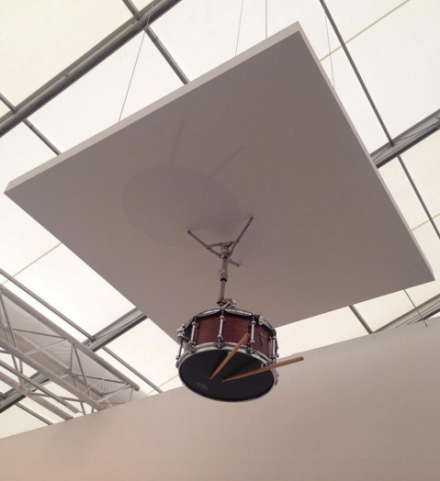 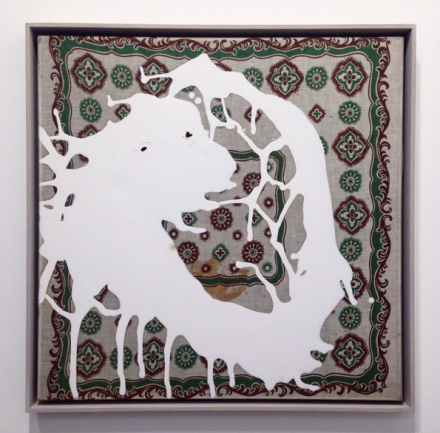 Other highlights of the fair included the Sadie Coles HQ booth, which featured a series of diverse works from Sarah Lucas, including a strangely off-kilter reproduction of an Eames chair, and a set of cats composed from cast, drooping balloons, continuing the artist’s interest in the references and affects of the human body, even in abstract. 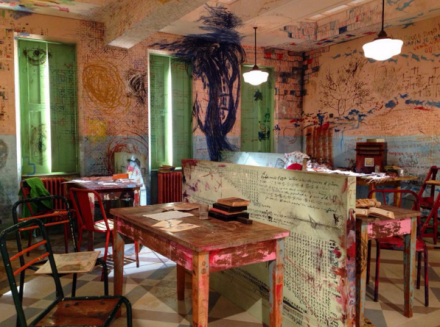 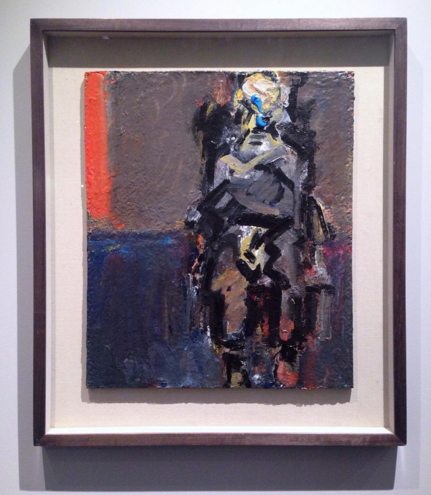 One highlight of the fair was artist Amalia Ulman’s secluded video work The Annals of Private History, which explores notions of female privacy in the formats of diaries and other secret spaces of information disclosure.  Viewers were asked to remove their shoes to enter the enshrouded screening room, where they were presented with a PowerPoint slide show bordering on kitsch, and working in conjunction with the artist’s recent travel to Pyongyang.  In another corner, artist Anri Sala exhibited an inverted snare drum, hanging down from a drop ceiling above the booth like a challenge to visitors to reach up and strike the drum skin.

As gallerists pack up and prepare to leave London, eyes will now turn to FIAC across the English Channel, when Paris will take its turn in the fall market frenzy. 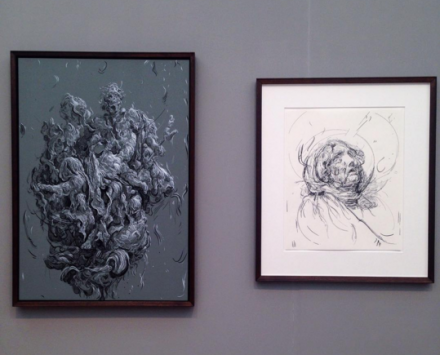 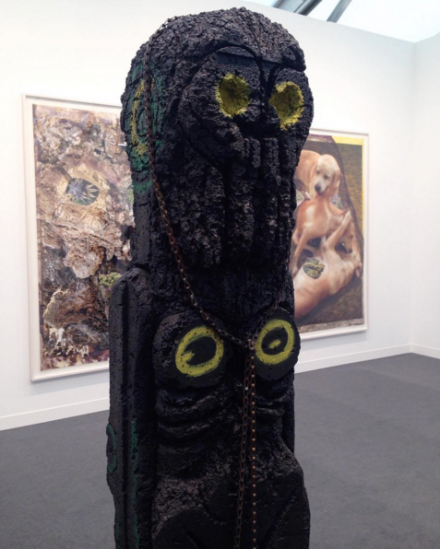 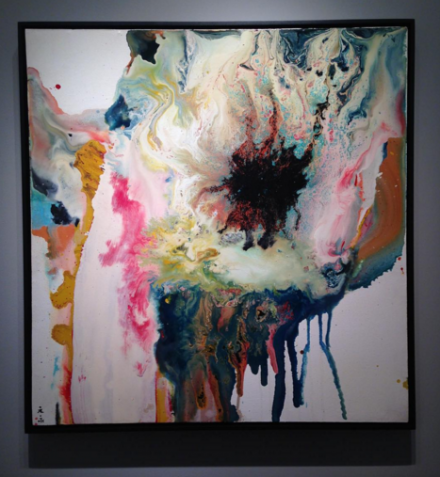 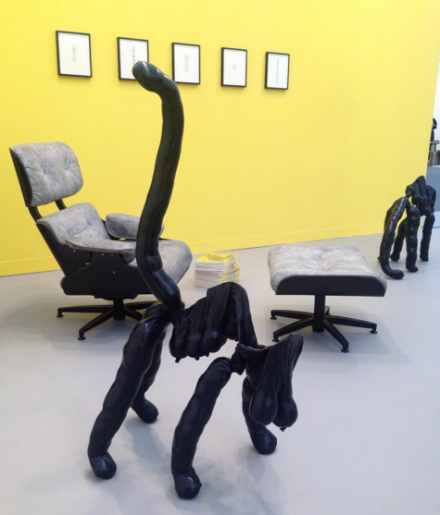 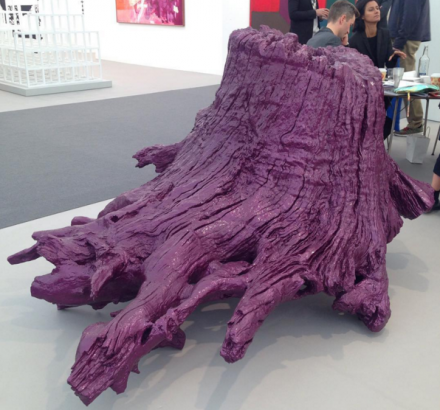 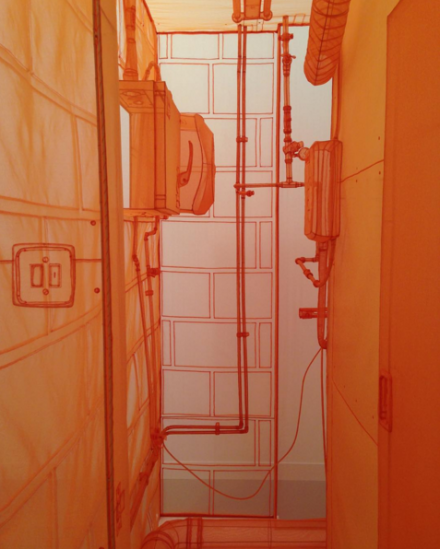 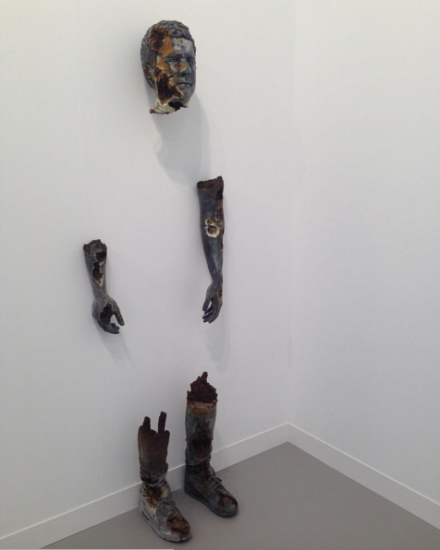 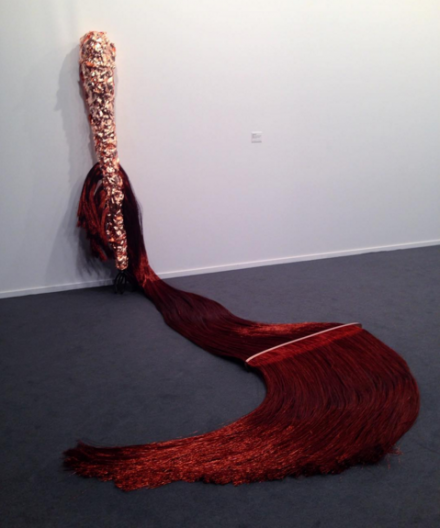 This entry was posted on Sunday, October 18th, 2015 at 12:59 pm and is filed under AO On Site, Art News, Featured Post, Show. You can follow any responses to this entry through the RSS 2.0 feed. You can leave a response, or trackback from your own site.