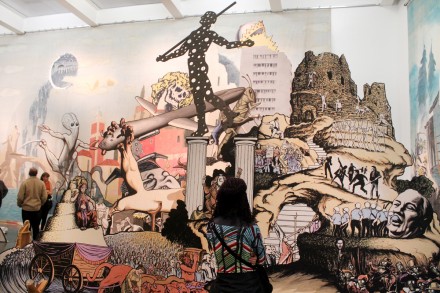 Jim Shaw, Labyrinth: I Dreamt I Was Taller Than Jonathan Borofsky (detail) (2009), all photos by Elene Damenia for Art Observed
The cultural output of the American cultural machine is daunting, to say the least, churning out media imagery, religious iconography and self-sufficient idealism each year, only to have it settle out over the nation in the palimpsestic racks of thrift stores, garage basements and strip mall dumpsters.  These objects carry with them the darker undertones of hopelessness, fear, desire and impotency that have long been the subject of the American counterculture.  No artist seems to understand this perspective better than Jim Shaw, whose current retrospective at the New Museum opens this month, and delves deep into the fragmented American identity, pulling back a mass of works that matches apocalyptic dread with a hearty sense of the ridiculous. 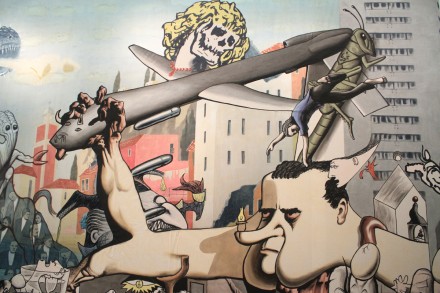 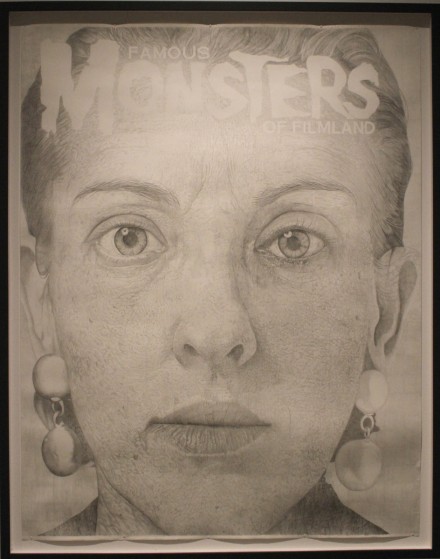 Jim Shaw, Untitled (2004)
A former member of the destructive noise rock group “Destroy All Monsters” alongside Mike Kelley, Shaw’s work has long explored parallel interests in the warped framework of Americana, one which perhaps could only be truly experienced growing up in a city like Detroit.  Much like Kelley, the intersections of politics and identity, power and perversion that frequently reappear in Shaw’s compositions traces the outer fringes of the post-war U.S., yet his tone follows a more blatantly warped thread than Kelley’s, while still pulling on similar visual themes like comic book heroes, religious leaders and pop culture. 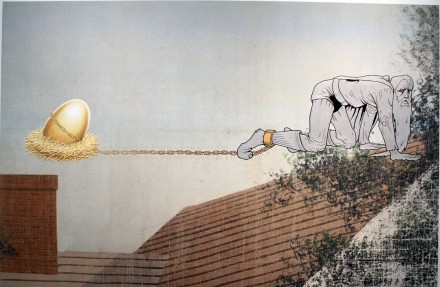 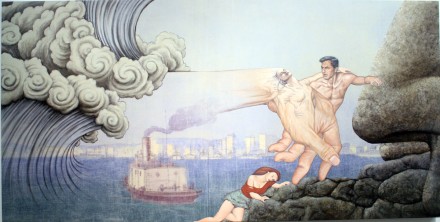 Jim, Shaw, The Deluge (2014)
The exhibition is wildly madcap, and impressive in its density of material, exhibiting more objects in a single exhibition than the New Museum had ever previously shown.  This is likely thanks to the third floor, where the artist’s massive collection of paintings purchased from thrift stores and swap meets, first shown in New York in 1991, matches against his collection of religious pamphlets, mailings, thrifted objects and pages of medical quackery.  These objects are strangely familiar in their obtuse and occasionally unbelievable messages (one highlight centers on a series of texts from the Unarius Academy of Science, which uses interplanetary travel as a model for human transcendence), and manage to nail the ideological ground of American modernity, from perverse desire to surreal depictions of Christian history, dogma and heresy. 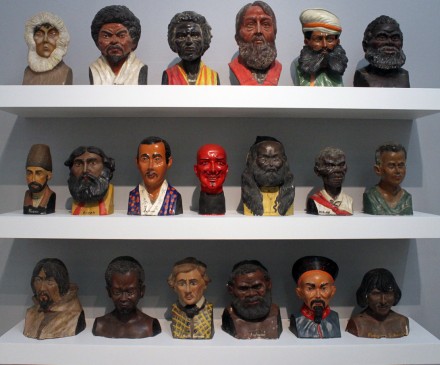 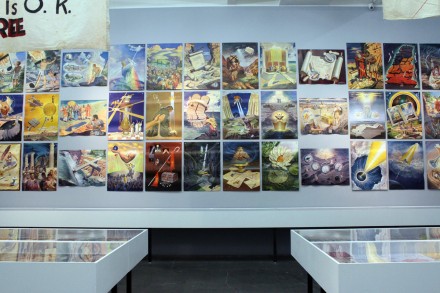 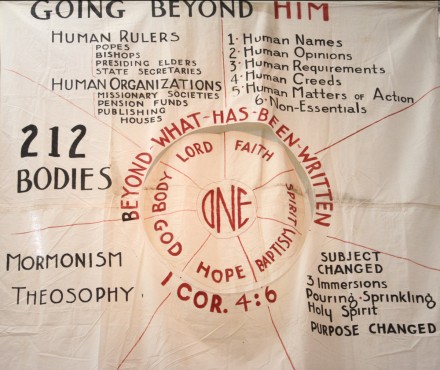 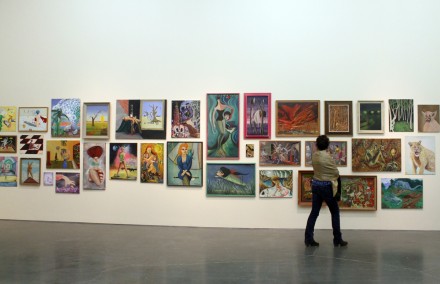 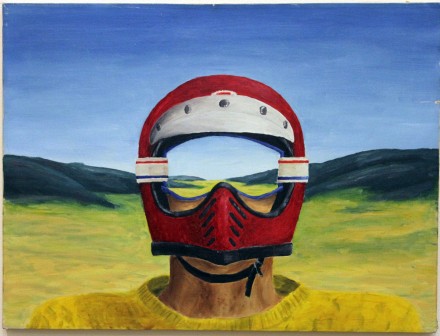 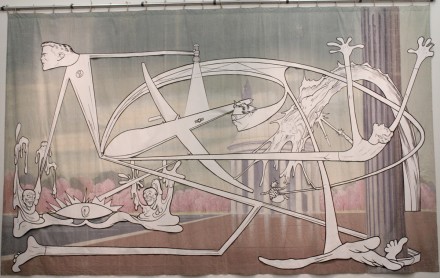 Jim Shaw, Labyrinth: I Dreamt I Was Taller Than Jonathan Borofsky (detail) (2009)
The boldfaced depictions Shaw has collected, however, do more to subvert the image’s higher allusions, often weighed down by their muddled, confused or downright bizarre executions.  It’s this point, time and again, that the artist has placed at the center of his own paintings and sculptural work, contaminating the heroic and iconic subtexts of his subject matter by its hilariously irreverent or disjunctive allusions. 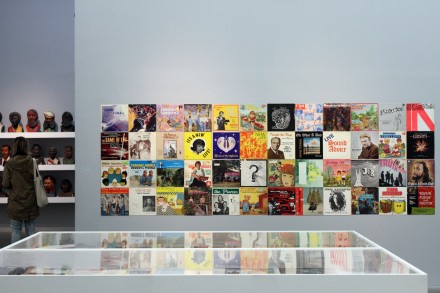 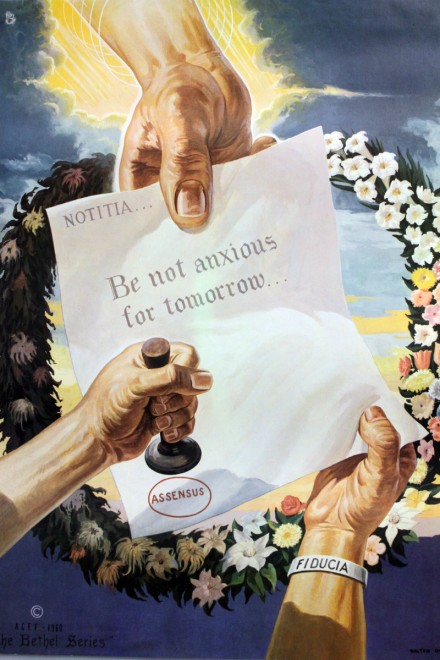 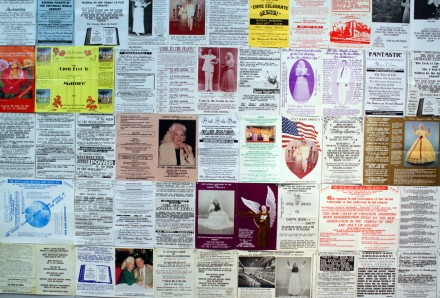 As much as these collected objects offer a conceptual ground for Shaw’s repeated interest in the sacredly profane, these materials offer perhaps one of the more in-depth formal studies an artist has provided on their own work.  The combination of texts and images look strikingly familiar to the works hung one floor above and one below.  Of particular note is the wall of religious posters, where strange artistic choices and illustrations make the works at turns horrifying and at others laughable, particularly in one where a pair of subjects attempt to cross an enormous cross, wedged into a chasm.  In another, a set of three bodiless hands gesture towards the action depicted in the rest of the poster, distracting the viewer from the actual content.  Much like Shaw’s own compositions, these attempts at gravitas ultimately self-destruct on the page, leaving a twisted wreckage of concepts and figures. 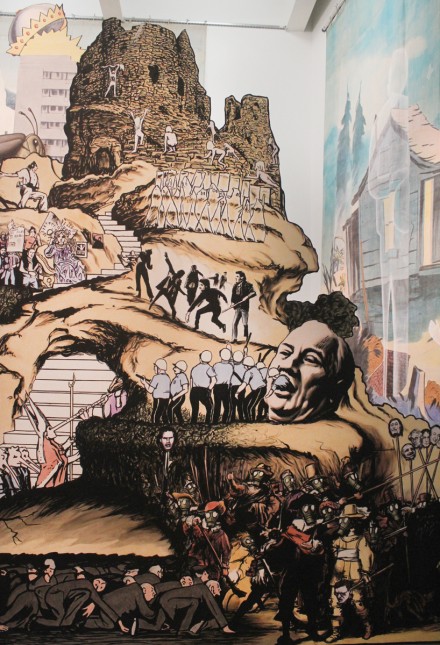 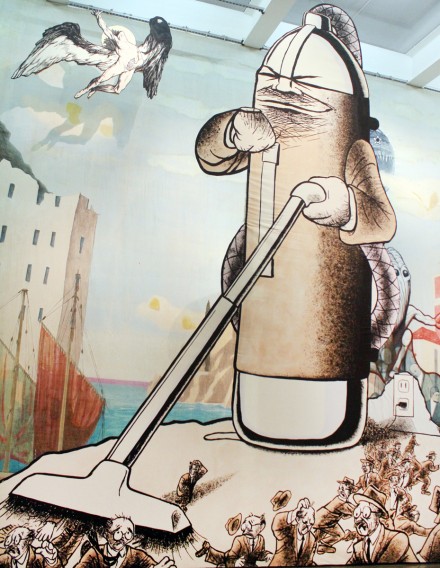 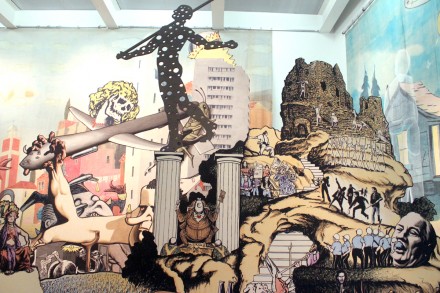 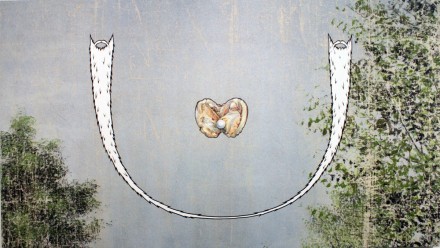 The selection of Shaw’s paintings over the last few decades take strong cues from these dual projects, particularly on the second floor, where his interest in U.F.O. studies and Abraham Zapruder are paired against his comical paintings of aliens, and his series My Mirage, which transposes a young American boy’s descent into drugs and cults before finding salvation in Jesus.  On the fourth floor, a similar operation is executed with the artist’s Labyrinth: I Dreamt I was Taller than Jonathan Borofsky, a multi-layered, full-room installation that combines the artist’s unique painterly hand with a series of what appear to be stage pieces, pulling in references to Led Zeppelin, Picasso, Nixon, and a range of other cultural signifiers, arranged in a cluttered array of violent poses that call to mind Bosch’s vivid sufferings on canvas.  Yet with Shaw, these archetypes of suffering, death and anguish are transposed onto the figureheads of modernity, icons who have in fact rendered real violence or cultural flux on the world.  In this sense, it’s Shaw’s defining move throughout the show, bringing the religious icons and narratives of antiquity back down to earth, and forcing the viewer to consider that maybe their models of cruelty and greatness have been here on our own planet the whole time.

The End is Hear is on view at the New Museum Through January 10th. 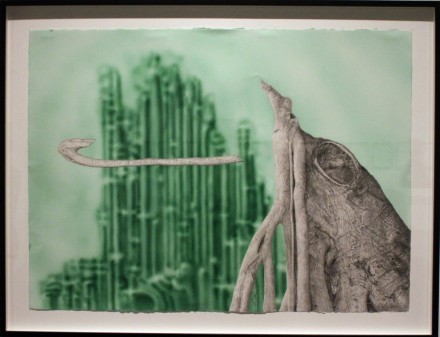 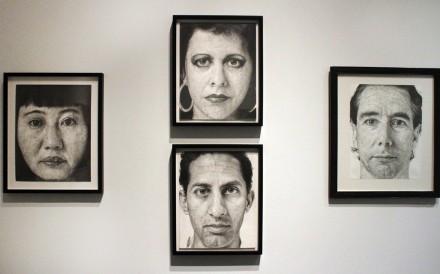 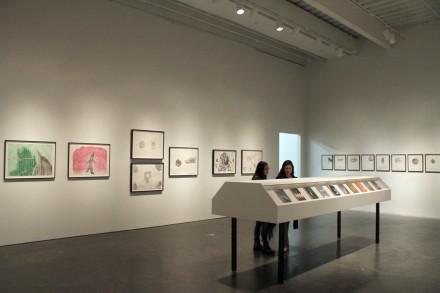 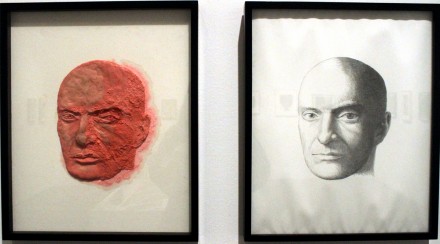 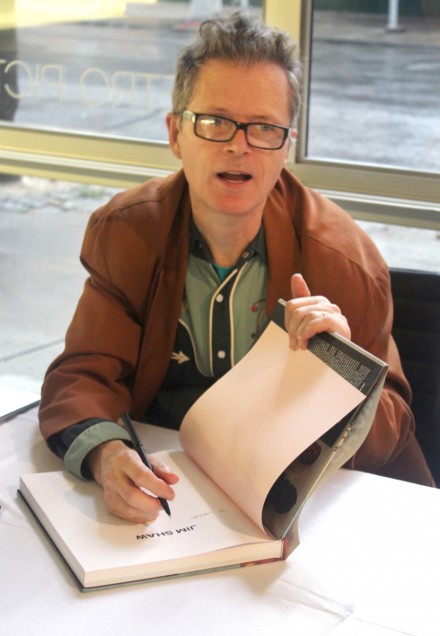 Jim Shaw, At The Book Signing of ‘ The End Is Here’, Published By Skira Rizzoli and The New Museum at The Metro Pictures 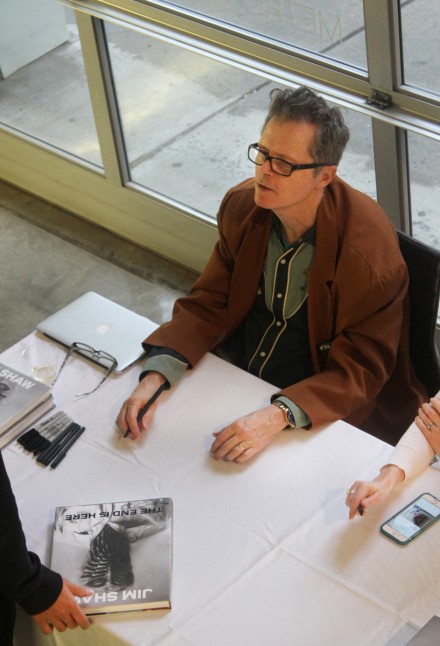 Jim Shaw, At The Book Signing of ‘ The End Is Here’, Published By Skira Rizzoli and The New Museum at The Metro Pictures

Jim Shaw, The New Book ‘ The End Is Here’, Published By Skira Rizzoli and The New Museum

This entry was posted on Saturday, October 31st, 2015 at 12:00 am and is filed under Art News, Featured Post, Show. You can follow any responses to this entry through the RSS 2.0 feed. You can leave a response, or trackback from your own site.