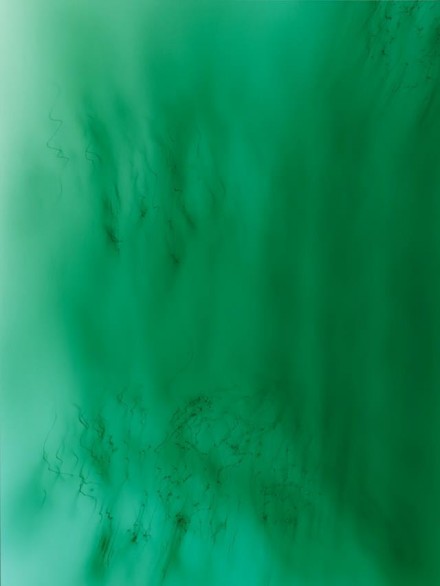 As the month of December approaches for the art world, attention turns once again to Miami Beach, as the 14th American edition of Art Basel brings its only U.S. franchise back to the Miami Beach Convention Center, along with 267 galleries from around the globe, a strong selection of talks, events and projects, as well the numerous satellite fairs, one-off exhibitions, and of course, the parties up and down Collins Ave and the surrounding areas.

Opening the night before the exhibition in the Miami Design District, Unrealism marks another exhibition by Jeffrey Deitch in the Florida metropolis, this time presented in partnership with Larry Gagosian and focusing on a distinct line of figurative painters exploring the more surreal and abstracted corners of the classic technique, among them John Currin, Urs Fischer and Elizabeth Peyton.  Just around the corner, the Institute of Contemporary Art Miami will open its doors on a retrospective of the work of Alex Bag. The artist’s multi-faceted, performative videos will serve as a fitting opening to the week, especially her classic The Van, in which a set of artists, all played by Bag, discuss the presentation of their work at an upcoming art fair. 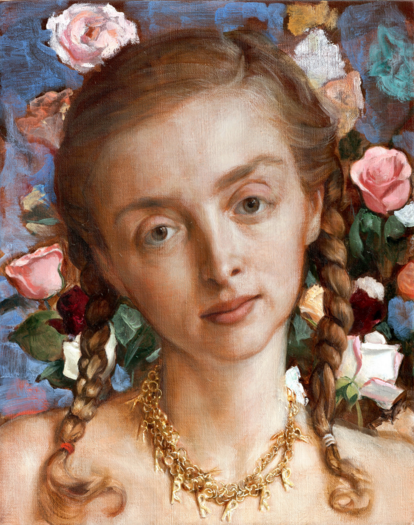 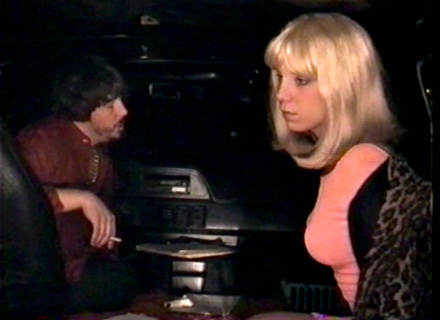 The next day sees the press opening of the Art Basel fair proper, where a deep selection of galleries and special projects will cap the 2015 fair season.  At Luhring Augustine, the attention will be considerably more broad, culling works from the gallery’s broad roster including Philip Taaffe, Tunga, Rachel Whiteread and Christopher Wool.  Regen Projects will also host a diverse booth, featuring pieces by Catherine Opie, Marilyn Minter and Wolfgang Tillmans, among others.  The same can be said of David Zwirner, which will bring pieces by Chris Ofili, Tomma Abts, and others.  Dominique Lévy will also offer an interesting take on the group booth, exploring the various endgames of minimalist painting during the 1960’s, and its points of genesis for new forms and strategies. 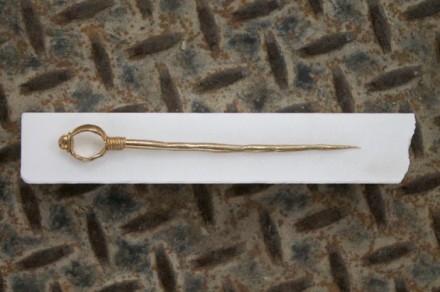 Aidan Koch, For a woman with curly black hair (2015), via Signal Gallery

Robert Motherwell, In Black and White (1959), via Dominique Lévy

As part of the Nova section, which focuses on curated shows and new work from a range of artists, 47 Canal will bring a booth featuring the work of New Museum Triennial standout Antoine Catala and Gregory Edwards, while Ramiken Crucible will also split its exhibition plan, bringing a series of pieces by Lucas Blalock and Andra Ursuta.  At the Kabinett section, which incorporates a similar curatorial focus, visitors can expect highlights at Kavi Gupta, where artist Glenn Kaino is presenting his installation The Internationale, while Two Palms will feature work by Chris Ofili.  Petzel will also feature in this section, showing work by Stephen Prina.  The other curated section, Positions, which features a distinctly forward-thinking take on art and its practice, is highlighted by Daniel Keller on view at Kraupa-Tuskany Zeidler, while White Space Beijing will show the challenging work of He Xiangyu. 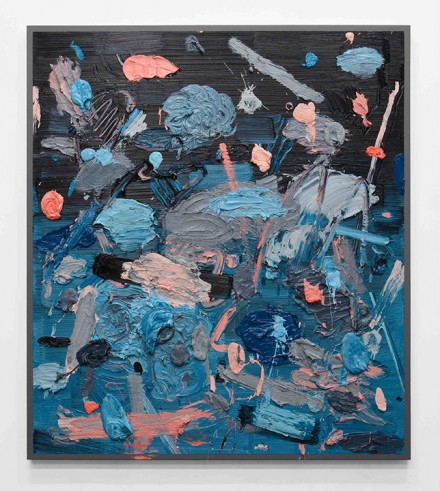 Several blocks north, outside the Bass Museum, the fair will also return its popular Public sector, featuring a body of sculptural work that always manages to surprise.  Work by Marianne Vitale and Robert Wilson are included this year, as is Sterling Ruby and Rikrit Tiravanija, underscoring the diverse bodies of work the section has built a reputation on in past years. 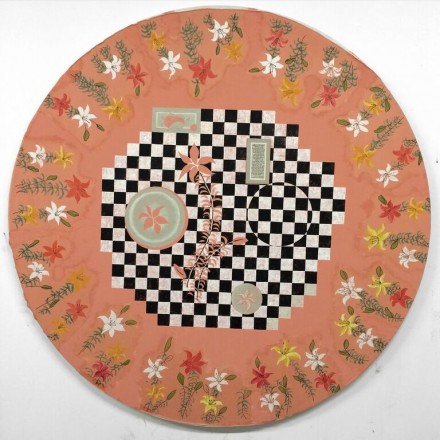 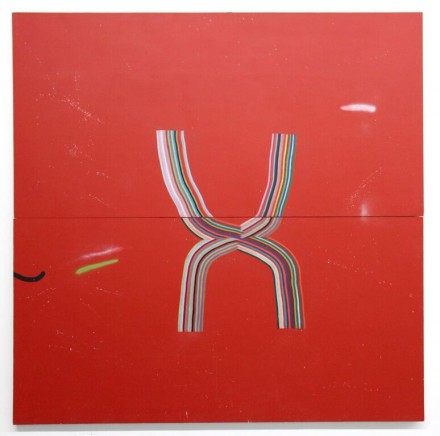 Offering a lighter alternative to the near-endless rows of booths on-view at the Convention Center, NADA’s Miami edition is moving down Collins this year, leaving its longtime headquarters in North Beach for the Fontainebleau, a move that sees the fair investing in accessibility while still maintaining the space to continue its popular offering in the city.  247365 will be on hand, presenting a series of works by Brian Belott and Lizzie Fitch, while Toronto gallery Cooper Cole will host a selection of works from Bjorn Copeland, Sara Cwynar, and Jesse Harris.  Night Gallery will also host an intriguing booth, showcasing its roster of materially intriguing artists with new work by Anna Rosen, while Brooklyn mainstays Signal Gallery will bring a group of its typically enigmatic artists, including pieces by Aidan Koch and Bennet Schlesinger. 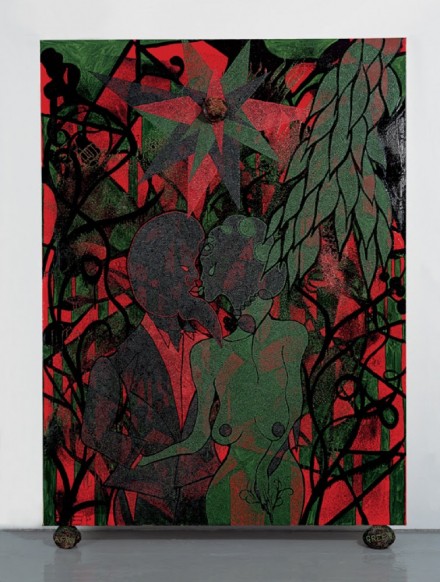 On Ocean Avenue, south of the Convention Center, Untitled will also return its carefully curated fair event, bringing an expansive and geographically diverse selection of galleries that offers a fitting counterpoint to the smaller, seeming focus on New York and London that often seems to underline NADA’s gallery roster.  The Grand Rapids, MI-based gallery SiTE:LAB, for instance, will return, bringing its unique focus on large-scale works and installations to the fair, featuring work by Julie Schenkelberg, while LA’s ACME. will feature pieces by Tomory Dodge.  New York’s Johannes Vogt will also be on site, featuring a selection of works from its roster of artists, including Alejandro Ospina, Tamara K.E., Philipp Roessle, and Michael Pybus. 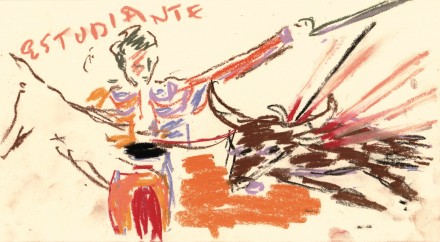 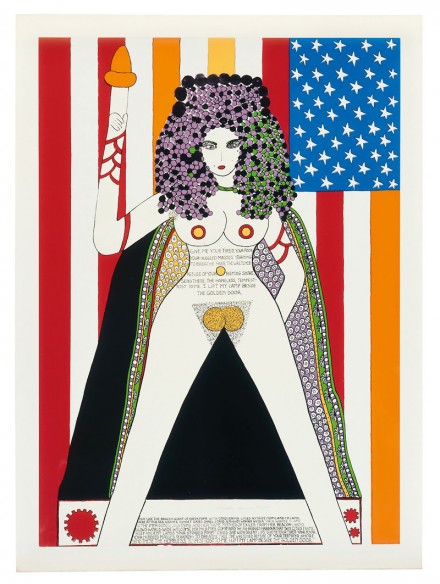 Dorothy Iannone, The Statue Of Liberty (1977), via Peres Projects

Alongside the fairs, the city’s thriving scene of museums, private collections and exhibition spaces will also host a strong selection of exhibitions this year.  The Bass Museum, which lies several blocks north of the Convention Center and is currently closed for renovations to its main space, will host a temporary exhibition around the corner from its main location at 227 22nd St., focused on the work of sculptor Rachel Harrison.  Across the Bay, the Rubell Collection is opening a show dedicated exclusively to female artists, titled No Man’s Land, and featuring works by Isa Genzken, Jenny Holzer, and many more, with works rotating over the course of the exhibition to show a broader range of artists.  The Rubell Collection will also host its annual breakfast on Dec. 3rd, with Jennifer Rubell planning an installation using “bread, butter, and an engaged couple.”  Nearby, the Margulies Collection is hosting a selection of new works, including large-scale installation pieces by Anselm Kiefer and Susan Phillipsz.  But the Perez Museum is likely at the top of most visitors’ lists, continuing its series of impressive Miami Art Week performances and installations with a collaborative work by Ryan McNamara and Blood Orange (né Devonté Hynes). 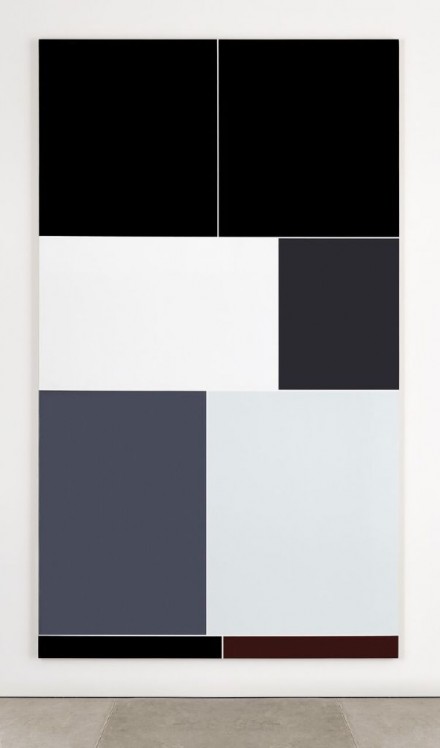 But of course, Miami Beach’s annual fair week would be remiss without its selection of exclusive parties, events and one-off nightlife events.  The recently completed Faena Hotel Miami Beach is opening its doors to a publicly accessible roller rink installation by collective assume vivid astrofocus, featuring DJ’s and performers.  The Standard Miami will also feature a range of installations, parties and projects this year, including a collaboration with The Posters featuring the work of Jim Drain (a former Forcefield member and Miami-based artist), a cocktail party hosted by Andre Saraiva, and Creative Time’s annual Sunday BBQ.  Bruce High-Quality will also take up residence at The Standard, hosting a special Miami edition of its reality cooking show-inspired contest “Art Chopped.”  At the Miami Beach EDITION, another strong list of events include a series of pop-up exhibitions in the hotel’s bungalows, including work by Daniel Heidkamp and Tom Sachs, and hosted by Half Gallery and HarperCollins Publishers.  The Sagamore also returns its annual VIP Brunch on Saturday, December 5th, accompanied this year by a new installation piece by environmental/landscape sculptor Alan Sonfist, which is on view all week, as well as a one-day installation by New York new media arts archivists Electronic Arts Intermix.  The Surf Club at 9011 Collins Ave. will also host a range of events, topped by an Almine Rech exhibition investigating a body of work by LA’s Light and Space artists.  In Wynwood, artist Spencer Finch will set up a solar-powered ice cream truck, dispensing treats to passerby over the course of the week.  Also of note are a set of pavilions by Japanese architect Kengo Kuma, on view at Design Miami.  The annual design fair will also feature Jean Prouvé’s 1944 design, the 6x6m Demountable House, a portable house design intended to be carried by two people and easily constructed in a matter of hours. 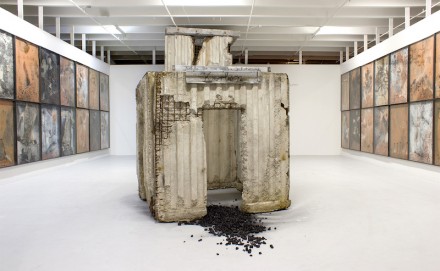 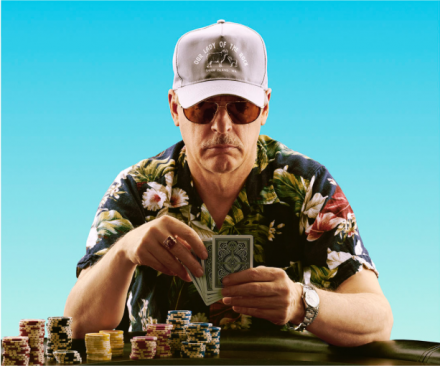 As the night winds down, the late-night pop-ups that have made the week famous will also return to the city.  Le Baron returns its annual pop-up to the Delano’s FDR, while NYC’s Never Never will take up residence at the Nautilus Hotel on Collins Ave.  Also of note this year is New York’s Baby’s All Right, which partners with annual Art Week mainstays Poplife for a series of secret, email-only concerts and events over the course.  The EDITION also returns its Horse Meat Disco party Thursday night, with an appearance by Techno godfather Giorgio Moroder, and a performance Tuesday night by the Rodney Graham Band.   South Beach dive Club Deuce will also be an anticipated late-night hot spot.  David Lynch’s Paris nightclub Silencio is on-site for another year at the Palm Court Event Space in Miami Wednesday night for an invite-only afterparty.  NADA will return its popular #NADAWAVE series of concerts, featuring a Brooklyn-heavy focus with performances by Juiceboxxx, Sadaf (who recently performed alongside Juliana Huxtable for the artist’s MoMA commission), and other special guests.  On Friday, Solange Knowles’s Saint Heron is making an appearance, hosting a “Wine and Grind” party in collaboration with Jack Shainman Gallery.  Designer Jeremy Scott will also return his exclusive party at the Hall Hotel’s Surf Lodge pop-up Dec. 2nd, while Visionaire will launch its newest issue with a VIP party Wednesday night.  The hotel will also be hosting invite-only parties from New York’s Jane Hotel and Westway.

As the art world takes its last bow of the year and winds down in Miami Beach this week, Art Observed will be on site and covering live. 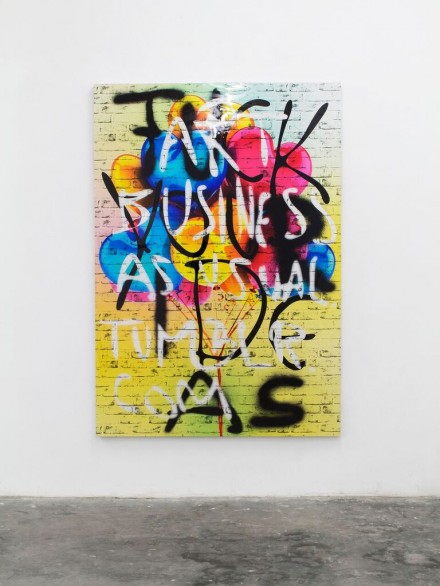 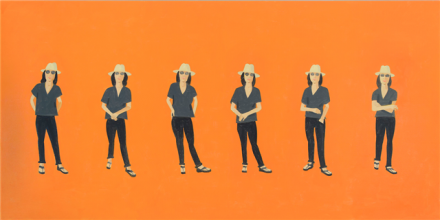 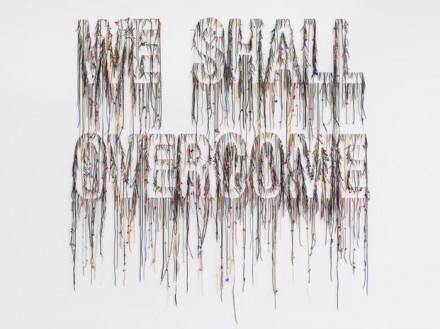 Nari Ward, We Shall Overcome (2015), via Lehmann Maupin 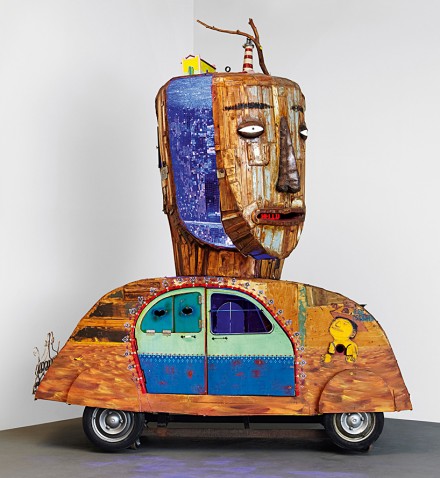 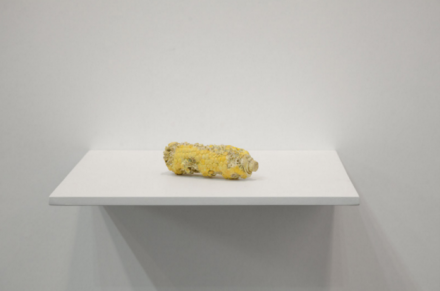 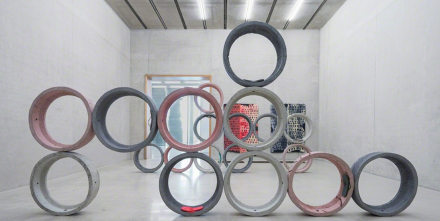 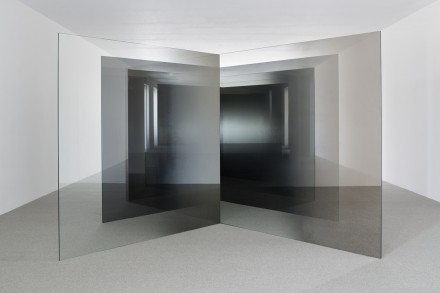 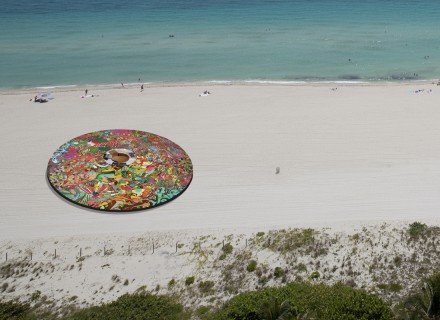 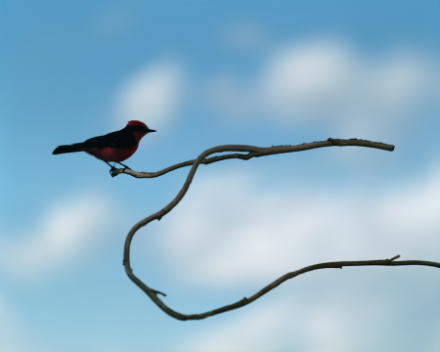 This entry was posted on Monday, November 30th, 2015 at 3:04 pm and is filed under Art News, Featured Post, Show. You can follow any responses to this entry through the RSS 2.0 feed. You can leave a response, or trackback from your own site.