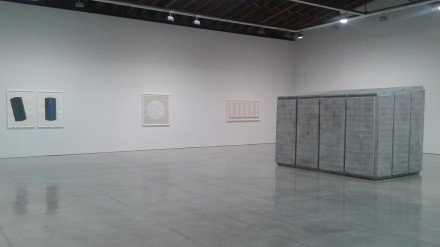 Ambient and solitary, Rachel Whiteread continues her distinct vocabulary, where the intangible and tangible trace a point of convergence. Renowned for imbuing commonplace or discarded objects with nuanced significance, self-described as an “authority to forgotten things,” the artist has opened a show of historical work at Luhring Augustine’s Bushwick location.  Informed by Bruce Nauman’s casting of negative space, Eva Hesse’s uncanny use of materials and Marcel Duchamp’s ready-made, Whiteread casts overlooked objects to evoke a paradoxical amalgamation of space. Concepts of memory and abandonment are investigated through a kind of cyclical, self-perpetuating visual language where drawing and sculpture function in parallel. 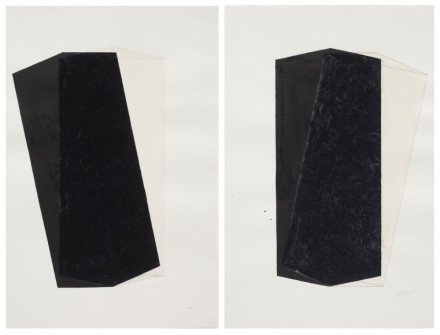 The drawings on view in Bushwick hint at architectural graphs which, like Richard Serra’s drawing practice, stand as autonomous works yet also linked to sculpture.  Whiteread’s drawings offer an intimate counterpoint, showing the hand and thus the mind of the artist at work in an integral way.  The drawings are negotiations between space and light, in which pencil and ink are used in combination with thickened glazes of varnish and white correction fluid on graph paper, almost always progressing toward a sculptural surface. They express a tension through the building of layers and collage practices, suggesting point where contradictions of space, of becoming and unbecoming substance, begin to emerge. 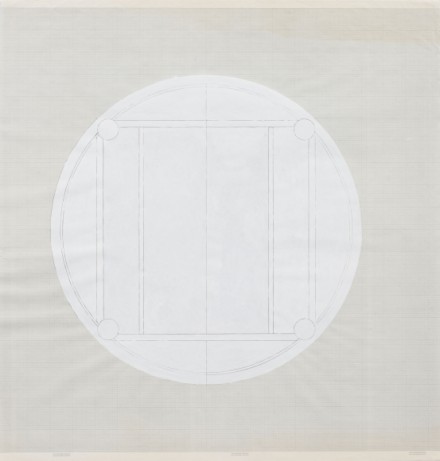 Other drawings speak to Donald Judd’s geometric and modular formations, as in Books, 1997 and Elongated Plinths, 1998, and at other times like Josef Albers, as in Untitled (Stairs), 1995, with interrelating forms that pass from inward to outward, from full to empty.  Whiteread brings her own self-referential gestures into these drawings by retracing her own mark making with visceral and intuitive layers of lines. 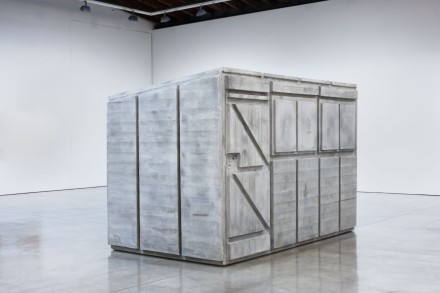 Untitled (Paperbacks), 1997 is one such drawing, composed of correction fluid, pencil and collage on graph paper, baring an aesthetic semblance to artist Agnes Martin with the repetition of horizontal and vertical lines of subdued color.  This work incorporates Whiteread’s earlier ink and gouache works during her Berlin residency from 1992-1993, where she would obsessively sketch the lines of Herringbone flooring in her studio, and mimic their texture.  The pictorial rhythm of the floor interacts with the surrounding grids through which space folds outward. The realized sculpture of the same title and year is a plaster cast of paperbacks and a shelving unit from a polystyrene mold on a steel mount, currently held in the MoMA collection.  Books and libraries are a recurring form in Whiteread’s oeuvre, perhaps most significantly in her Holocaust war memorial, where the spines of the books exhibited are uniformly reversed, each story all the more powerful when silenced. 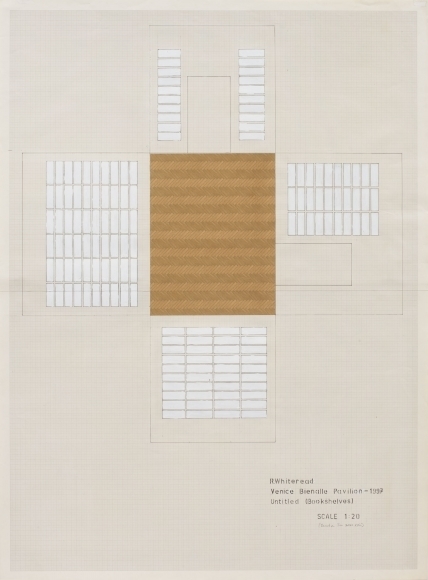 Whiteread’s monolithic centerpiece for the show, Detached III, 2012, is a concrete and steel inversion of an archetypal garden shed. The casting of the negative space from within the shed exposes remnants of workmanship, and of worn wood simulated across the concrete surface.  This work is also a continuation of earlier commissions such as Whiteread’s House, installed in 1993 in Mile End, London (which was destroyed soon after due to community disputes) – in which Whiteread had already begun to pursue the idea of what she describes as the “mummifying of air.”  Here, the humble and nondescript garden shed, a place of solitude and refuge, oscillates between being a hauntingly reclusive presence and an impenetrable absence.  The work relates in part to Lacanian models of l’extimité or extimacy: the idea of exterior and intimacy being bound together – the intersubjective experience of inside and outside, or what Zizek describes as the “ontological incompleteness of reality.”

What we find in Whiteread’s materialization of voids is a mirror of the real, entrenched in the impervious nature of the past and its complex relationship to the present. The work is as much about resilience as it is about impermanence: the more we engage with these exteriors, the more the act of looking becomes a profoundly introspective experience.

Looking Out is on view through December 20th. 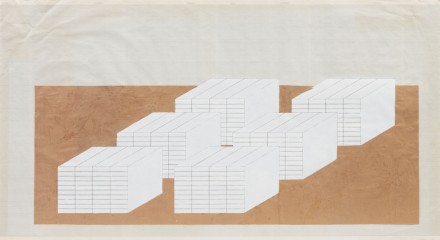 This entry was posted on Friday, November 13th, 2015 at 12:00 am and is filed under Art News. You can follow any responses to this entry through the RSS 2.0 feed. You can leave a response, or trackback from your own site.