Zurich – Tetsumi Kudo at Hauser and Wirth Through February 26th, 2016 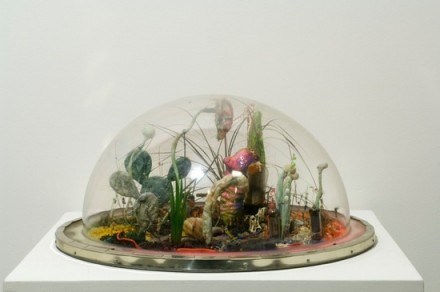 A key figure in the development of Tokyo’s Post-War, “Anti-Art” Movement, the work of Tetsumi Kudo explodes with a distinct sense of withered vibrancy: human body parts, plants and hulking, distending forms contend for space on what appear to be plots of earth, colored in sickening tones and rarely, if ever, clustering together beyond a few lilting stems.  The artist’s work, the subject of an exhibition at Hauser and Wirth Zurich (in collaboration with Andrea Rosen, which represents his estate), is a darkly realized challenge to the aftermath of nuclear war in Japan, and the artist’s disillusionment with the modernist notions of progress and “blind humanism.” 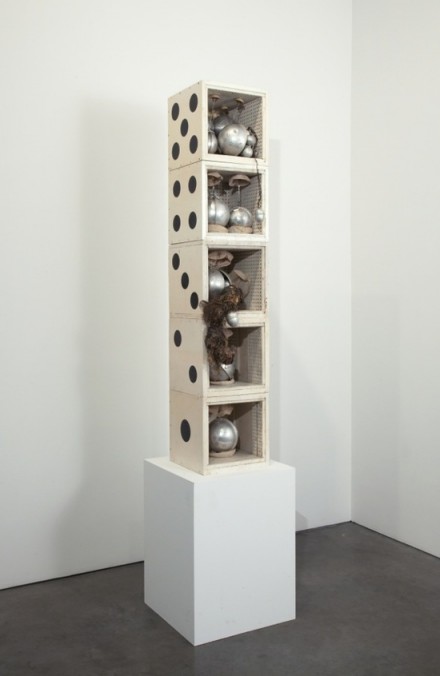 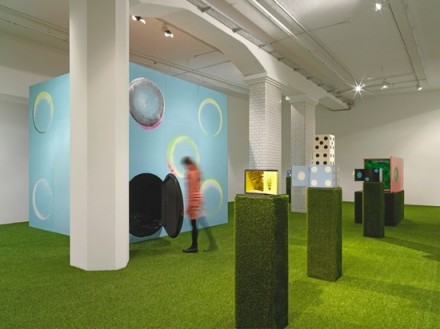 As explored here, Kudo’s pieces conjure a deflated sense of both the human body, and the splendor of nature around it.  Detached human phalluses, fingers, and other body parts, caught in mid-decay, are juxtaposed against sickly plants and thin, snaking vines, often appearing to choke what little life is left from the human form.  The works, created in response to the overt optimism of post-war Paris and the explosion of consumerist culture in Kudo’s new home, takes this relationship between the plant and body as a core structure.  In its rotting, deathly form, one cannot avoid the body’s new role as food for the plants which spring forth, as if the fading remains are the reason a new spawn of life can come forth. 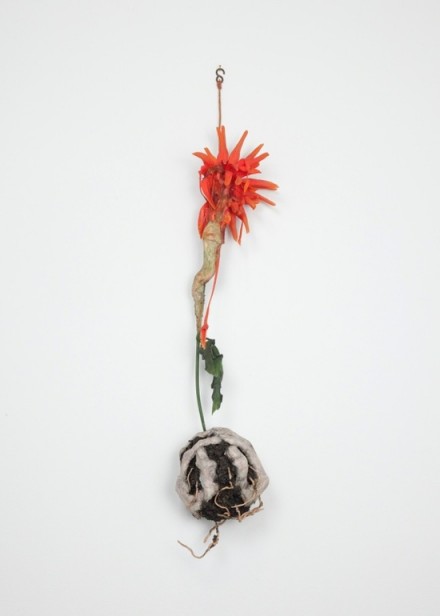 Yet Kudo’s work is far from a bold-faced, utilitarian reading of war and death.  The disturbing nature of his sculptures, as limbs and organs lie twisted and lifeless, make explicit the suffering and pain of this transition.  In another piece, Votre portrait, the mechanism-filled tower of dice is countered by a clump of hair snaking down one side.  Sickeningly twisted and filled with ominous clumps of material, the work subverts the clean modernism in vogue in Paris at the time, while always bringing attention to the human presence in what appear to be non-human systems. 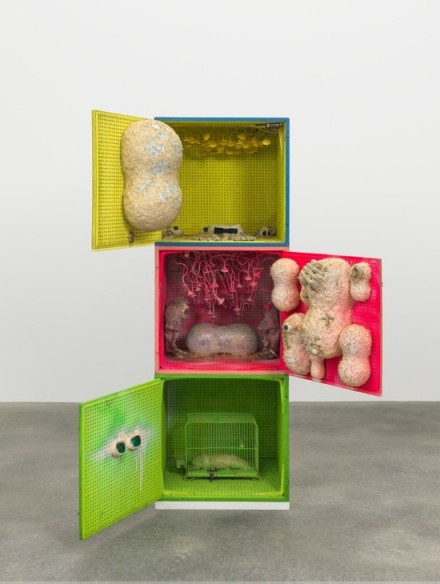 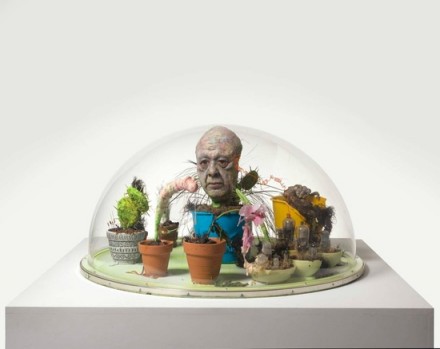 It’s this point that is perhaps Kudo’s best and most resonant argument: the depiction of a humanity instrumentalized by the technologies it has created.  Human, and in some cases animal forms are left to rot or decay, or are placed absent-mindedly in the face of larger processes, exchanges of energy or mechanical assemblages.  Kudo’s vision of the future offered a sobering counterpoint to the progress-oriented years following the war, and offers a strikingly prescient commentary in the context of the 1970’s economic malaise that plagued much of the Western world.

The exhibition is on view through February 26th. 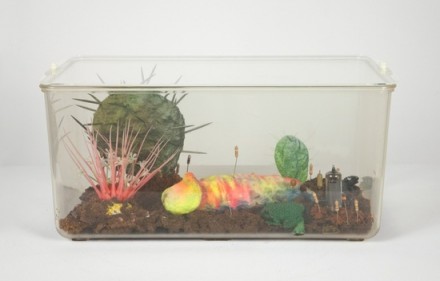 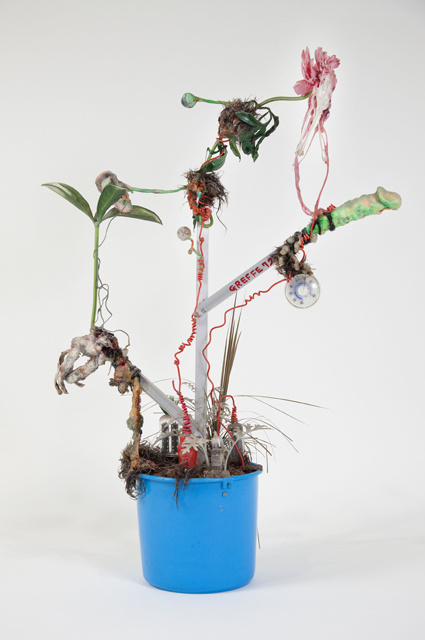 This entry was posted on Monday, January 11th, 2016 at 12:00 am and is filed under Art News, Featured Post, Show. You can follow any responses to this entry through the RSS 2.0 feed. You can leave a response, or trackback from your own site.

One Response to “Zurich – Tetsumi Kudo at Hauser and Wirth Through February 26th, 2016”