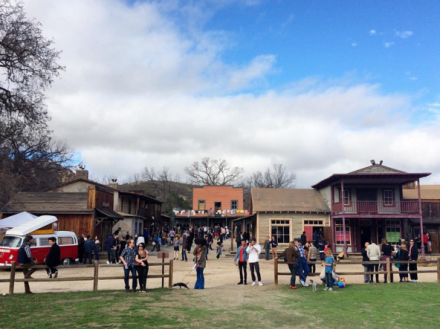 Nestled away in the Thousand Oaks town of Agoura Hils, the Paramount Ranch served as a film location for much of Hollywood’s elite, seeing Bob Hope, Cecil B. DeMille and Gary Cooper step on camera for iconic Westerns. Now, almost 90 years later, the Ranch (currently part of the National Parks system), the ranch has become the annual retreat from LA Art Week for the titular Paramount Ranch fair. 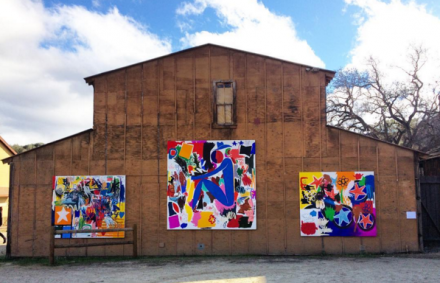 Janis Varelas at The Breeder

The fair’s unique grounds, taken in conjunction with Southern California’s impeccable weather, makes for a powerful combination, with works hanging inside the various buildings of the town (including two separate jails), lying along the pathways that surround the ranch, and even on the sides of buildings, as was the case with Athens gallery The Breeder’s striking trio of paintings by Janis Varelas, or Berlin gallery The Duck’s selection of pieces by Eric Sidner, who had placed a flat-screen television at the foot of a tree just outside of the town, and had paired it with a series of divergent aesthetic practices in sculpture and assemblage. In one jailor’s room, Maccarone had installed a series of works by Danny McDonald, whose surreal displacements of action figures and natural elements played well against the distinct fantasy world of the wild west. Pieces by Camille Blatrix and Jonathan Binet countered McDonald inside the cell itself, presented by Balice Hertling. 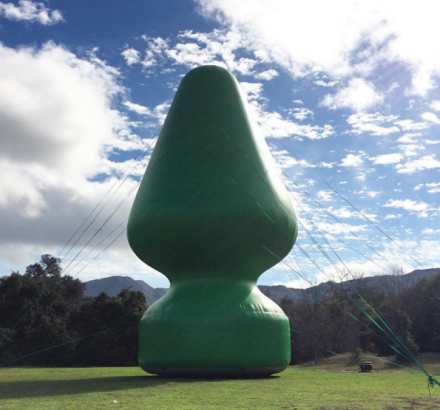 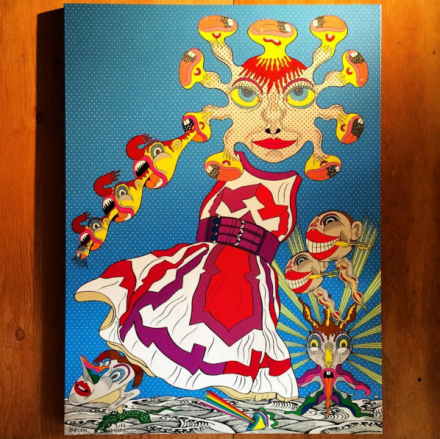 Puppies Puppies, an artist who has received ample attention in recent months, was also on hand with Baltimore gallery Freddy, and presented a fittingly themed piece, donning a makeshift Freddy Kreuger costume and pacing the fairgrounds with a sign reading “The End is Near.” Brendan Fowler also had a selection of peculiarly alluring textile works, hung under a long awning structure that also housed a series of other crafts. A number of artists were also delving into fashion-related work, in particular Claire Barrow and Reba Maybury, whose interconnected webs of roughly adorned clothing at Shoot the Lobster made for an interesting contrast with the Eckhaus Latta booth on view immediately adjacent. 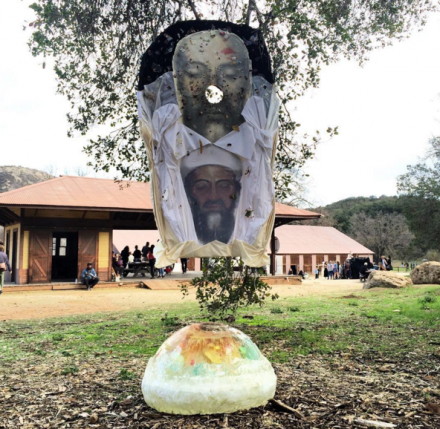 Eric Sidner at The Duck

Yet it was Paul McCarthy’s presence at the fair that seemed to catch most of the attention, as his Tree sculpture, notoriously controversial upon its installation in Paris last year (where the artist was attacked by an outraged citizen), towered above its more natural brethren. It was a poetic gesture for the longtime L.A. artist, the first hint of the fair’s presence as it peaked above the tree line on the drive up to the Ranch, and a testament to the tightly knit community of artists that has made the city so appealing to recent transplants, and to the growing stature of the fair itself.

The fair was on view through the end of Sunday. 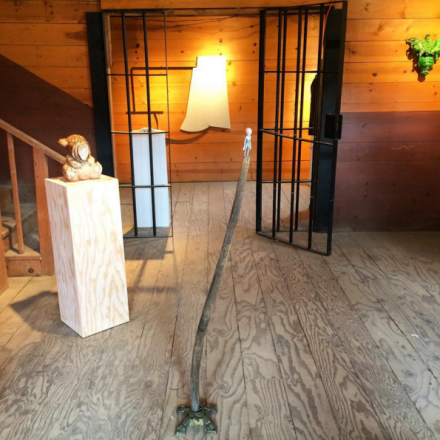 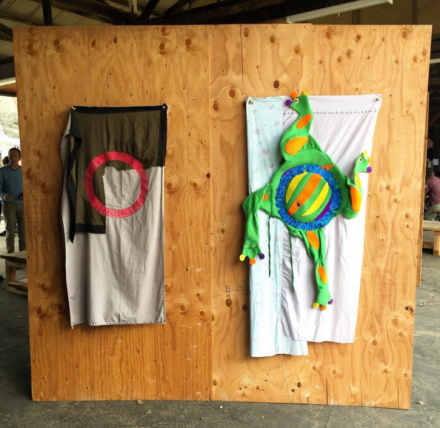 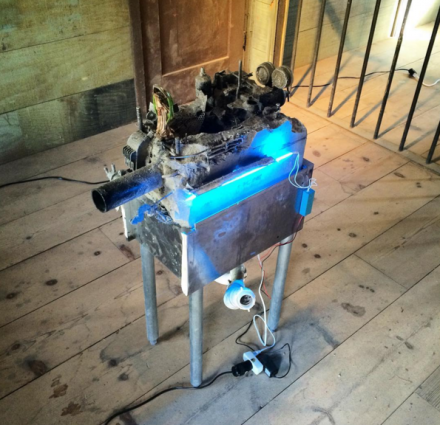 This entry was posted on Monday, February 1st, 2016 at 2:30 am and is filed under Art News, Featured Post, Show. You can follow any responses to this entry through the RSS 2.0 feed. You can leave a response, or trackback from your own site.